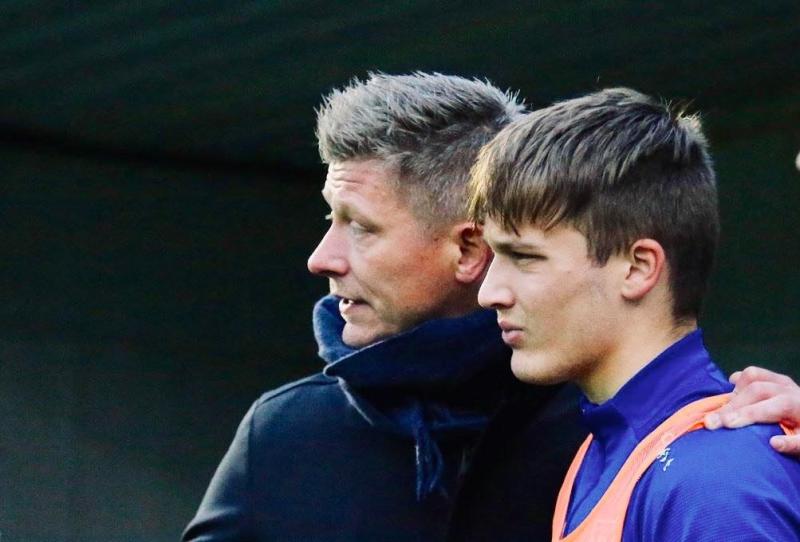 KI Klaksvik manager Mikkjal Thomassen (pictured) isn’t getting carried away at the prospect of becoming the first ever coach to take a Faroese team to the Europa League group stages.

Thomassen, who has been in charge of KI since 2015, has already taken the club where no Faroese team has ever been before them – the Europa League play-off round. That was after they sent shockwaves across Europe by thumping Dinamo Tbilisi 6-1 last Thursday.

Now, the Faroese champions, who are ranked 88 places below Dundalk in the UEFA coefficient rankings, travel to the Aviva Stadium in Dublin for Thursday night’s showdown.

“We’re looking forward to it, of course,” Thomassen told The Democrat at the weekend.

“It’s a big game, but we’ve had plenty of big games. I think we will treat it as any other game, knowing that we’re up against a good team. We have to play the game and not let the occasion get to us.”

Thomassen, who himself was a Faroe Islands international, says that he has recently been studying Dundalk’s style of play and knows that his KI side will need to play to their strengths if they are to overcome The Lilywhites in what is a big playing surface at the Aviva.

“We have watched quite a lot of their games and we have analysed their players, how they create chances, how they score their goals and so on. We see that they are a team that tries to build with certain types of structures and we also see a certain type of flexibility within their structure.

“We expect it to be a game where we have to be ready to utilise some of our strengths and we are extremely well prepared, so let’s see how that goes.”

Last Thursday night, several of KI’s goals against Dinamo came from set-pieces and Thomassen cited that as a possible area where they can exploit Dundalk, whom he suspects will have the majority of possession when the sides face each other in the play-off round.

“I think any coach today is trying to optimise all the aspects of the game and that includes set-pieces, but we’re also extremely strong in transitions and counter-attacking.

“We will try to exploit and use all the areas we can find because we know that we’re up against a team that’s better than us.”
Despite this being the biggest game in Faroese footballing history, Thomassen insists that the match – which is worth a least €3,000,000 – will be approached just like any other.

“We will try to play the best of our game and we are not going to, in any way, make this more than a football game – that’s what it is. Should we be good enough to win the game, then we will see what happens, but for us, we’re trying to keep things basic as in any other game.”