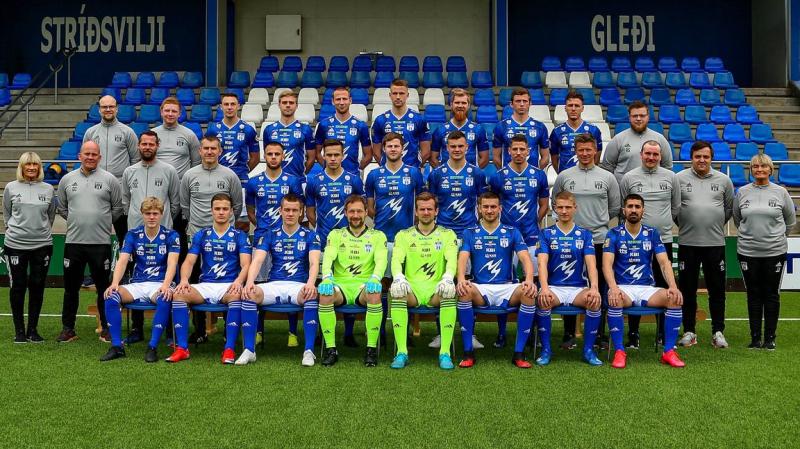 A peculiar year in football is perhaps best ascertained by Faroese champions Klaksvikar Itrottarfelagrun’s run to the Europa League play-off round. Not only is this uncharted territory for the side better known as KI, but also any team from the Faroe Islands – no club from the North Atlantic archipelago has ever reached this stage of European competition.

However, KI’s run to the fourth round of Europa League qualifying has been anything but orthodox. After winning the Faroese League for the first time in 20 years in 2019, they entered the first qualifying round of the Champions League, where they actually came very close to drawing Dundalk. Instead, they faced The Lilywhites’ old nemesis, Slovan Bratislava, and received a walkover after the heavily fancied Slovakians had players contract Covid-19.

In round two, KI were beaten 3-1 away by Swiss outfit Young Boys before dropping into the Europa League’s third round, where they, against the odds, thumped Georgian champions Dinamo Tbilisi 6-1 in Torshavn last Thursday evening. The majority of KI’s goals on the night came from crosses or set-pieces, coupled with a catalogue of calamities from the Georgians.

KI’s record in Europe is considerably less intimidating than Dundalk’s opponents in the previous round, Sheriff Tiraspol. Since their maiden European campaign in 1992, the Faroese side have won only five of their 16 ties and that’s including the Slovan walkover. All of those victories have come in the past three seasons, with wins over Birkirkara (Malta) and Tre Fiori (San Marino) in the Europa League preliminaries preceding a further success – via the away goals rule – over Lithuanian side Zalgiris in last season’s first round of qualifying.

Asides from their unprecedented European exploits this year, KI are, like Dundalk, nearing the culmination of their domestic season and currently lie second in the Faroese League – four points behind HB Torshavn – with just seven matches remaining.

KI have won seven of their last eight league outings before Sunday’s scheduled fixture at home to AB Argir was postponed by the Faroese FA in order to help KI’s preparation for Thursday’s trip to Dublin.

The current KI team comprises of six current Faroe Islands internationals that were part of the squad that claimed two wins from two in their recent Nations League games against Malta and Andorra. Defender Heini Vatnsdal played in both those matches and will be making his second visit to the Aviva Stadium on Thursday, having played there for his country in a World Cup qualifier back in 2013. Pall Klettskard, who is no longer part of the international set-up, also started in attack that day as the Faroes went down 3-0 to the Republic of Ireland with Robbie Keane bagging a hat-trick. Incidentally, Klettskard himself managed to score three goals in the last round of the Europa League against Dinamo Tbilisi.

One of KI’s biggest threats to Dundalk comes in the form of playmaker Joannes Bjartalid, another international who has been credited with three assists in Europe so far this season.

Having scored 18 goals in 27 appearances last season, Bjartalid, who has also found the net 13 times this term, was rightfully named as the Faroe Islands’ player of the year in 2019.