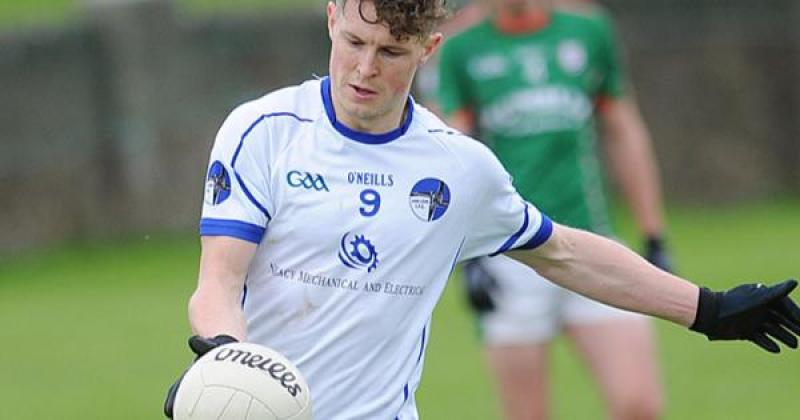 Lann Léire manager Mark Gilsenan fully understands what is at stake in the Junior football decider. More than just a piece of silverware, more than the chance to compete at a higher level whilst keeping your neighbour down, but bragging rights for generations to come as his side take on men from down the road in the form of St. Finbarr’s on Saturday afternoon.

“I would have been aware of that since I came in,” Gilsenan states with a wry smile. Both teams have been earmarked from the beginning of the year for possible success but avoided each other by crossing the road from each other at various junctions. While not making eye contact both aware what the other is doing. Perfect neighbourly nosiness.

“Them and the Kevins would be the local rivals but I'd be well used to rivalry from where I'm from down in Corduff. We've a lot of clubs around us so I'd be well used to it and it just adds another part to the occasion. The boys will be up for it. They'll know them all, both teams will know each other fairly well so it is just about whoever grasps it on the day and that will be it!”

Dunleer and in fact Gilsenan has form in not grasping it. During his reign as Glyde Rangers manager he lost two finals in a row by the minimum. However, the school teacher knows exactly where he went wrong and is hoping to learn from those losses to hopefully propel Dunleer towards Christy Bellew Cup success.

“I suppose with my first year with Glyde, it was probably the occasion itself,” he revealed.

“It was my first championship final and I think it would have been the Glyde lads first big championship final. Then the second year we thought we were going well against the Irelanders. They set up very defensively and we worked on it and just a penalty in the second half that probably won the game so two finals lost by a point.

“So yeah, the occasion and that early on but we'll settle them down this week. I think they are ready for it. I think some of them lost a final back in 2012 and hopefully that bit of experience and hopefully we have learned from it we'll be on the right side of the one point win this time.”

Like everyone in the world, Louth GAA had to react around the pandemic with a fast tracked condensed version of the championship. Gilsenan along with his new coach was more than ready to tackle that challenge head on.

“We didn't mind it,” Gilsenan states.

“We had a bye the first weekend, so we knew we going to have to be playing five weekends in a row if were going to win the championship. So listen, we brought Andy Callan in. Andy grew up beside me, he's the Monaghan U20 manager and he worked on the fitness side of things and we knew we'd be in good shape that way so we didn't mind playing five weeks in a row. We have everyone fit and ready for Saturday now.