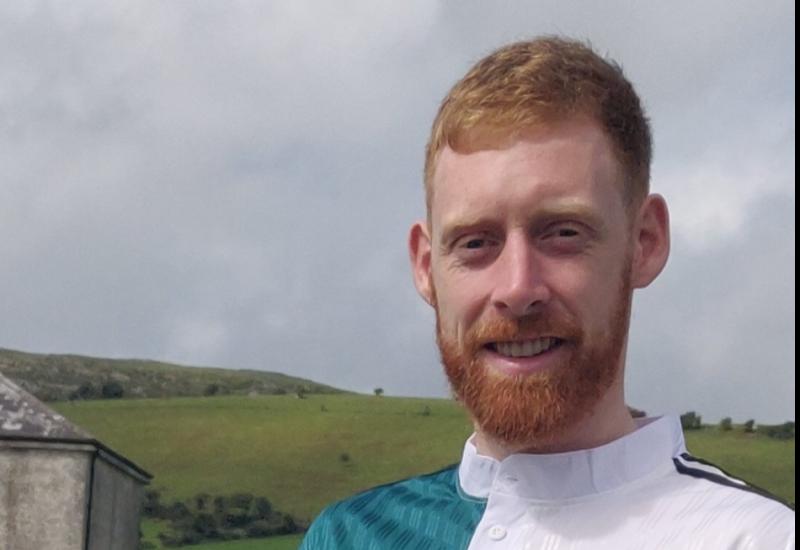 Naomh Mairtin goalkeeper Craig Lynch is well accustomed to the trappings of what the Senior final brings, it will, after all, be the third final in a row for the Monasterboice outfit.

They’ve shown some devastating form on the run to this year's final, but Lynch acknowledges that nothing is won yet.

“It is going to be ramped up again now isn’t it,” Lynch remarks.

“We had a small recovery session on Monday night. Everything is intense from moment one, we haven't won anything yet. We are actually lucky to be there, third final in a row but some incredible teams this year, and like I said we're lucky we're not taking anything for chance.”

With the quick turnaround, there is no time for the hype to build, and that suits Lynch right down to the ground, especially when he reflects back on the hysterical nature the time swell allowed before the last two finals.

“Yeah well, it is nice, cause in previous years the two, three-week wait, I think last year was four weeks and it is nice because it does play on your mind but it's nice, we've a couple of days and we're straight back into it again.”

That lack of time to dwell on, has seen the Mairtin’s take the championship by storm this season.

With some powerful attacking performances that have seen them amass high tallies sometimes seamlessly without thinking Lynch, however, doesn’t forget the bad times during lockdown amidst the bliss of championship.

“It was difficult it really was, every team I’ve spoken to says the same thing,” Lynch admits.

“It was hard to keep lads fit and then we lost two or three lads through injury because of maybe inactivity for a long period of months but yeah it was difficult but look, win after win after win you build on that and it brings confidence.

Speaking of confidence, some of the fresh faces introduced to the Monasterboice side this season are really standing up because of it. The likes of Tom Grey, Evan Whelan, Seán Healy and Jack Murphy’s enthusiasm has really rubbed off on the entire panel.

“Yes absolutely, lads like that have no fear,” Lynch agreed.

“They are after coming in on the back of minor championship wins. They have absolutely no fear, they don’t care who they are playing against, who they are marking, they are just out to play football and they play it very well so they do.”

Before finishing Lynch provides an interesting insight into their new manager and the impact a certain Fergal Reel has had on the group.

“He has been a calming influence on us all,” Lynch reveals about the multiple Joe Ward winning manager.

“Because we have been to a few finals, we tend to get hyped up a bit too much and he's been there before and he's a lot of experience and he is able to calm us down and help us refocus on what is the important things.”