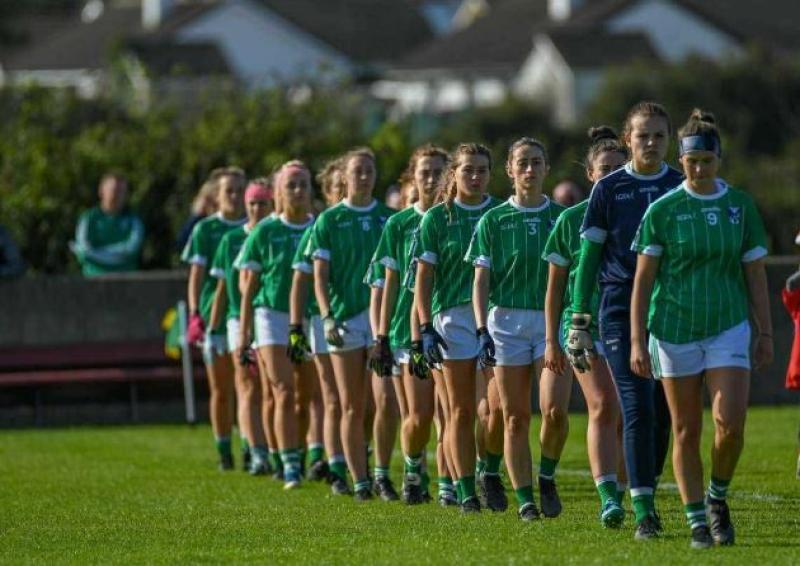 Geraldines 6-14 St. Brides 0-04
Geraldines have been crowned Louth Ladies football champions for a second successive year after they saw off St Brides in Stabannon on Saturday afternoon.

Paula Lavin's side were ruthless, clinical and brilliant in a victory which shows they are still the team to beat in Louth.

After a dominant first-half display the holders led by 3-08 to 0-02 thanks to a superb all-round team performance in which Brides had no answer to the power, pace, work rate and desire of their opponents The better side from the get-go a clinical Geraldines were certainly worthy of their victory in a game where the girls in green and white were always on top against a Brides team who were unable to repeat their heroics of last week.

It was the more experienced Gers who started the better and after captain Lauren McFaul hit an early point, quickly followed by the games first goal in the third minute as Ciera O'Connor smashed an unstoppable shot past Ciera Laverty after good approach play by younger sister Abbi in the third minute

Well taken points from Sarah Fagan and Amy McNally kept the Knockbridge side in touch before Gers had their second goal as the outstanding Abbi O'Connor raced through the heart of the Brides defence and cracked a wonderful shot to the net which was quickly followed by a further point leaving Gers 2-05 to 0-02 ahead at the water break.

The short break did little to slow the momentum of the champions as they added further points from Carr, Ciara O'Connor and McFaul in between an Emma Gartland goal leaving Gers in control as they led 3-08 to 0-02 ahead at the interval.

Those who had hoped for a more even second half were disappointed as the the the Haggardstown outfit continued to dominate possession and surprisingly they had too wait 11 minutes to score when after Ciera Rafferty pulled off another of many outstanding saves the former Louth and Nh. Malachi defender made, she could do nothing when Louise Corcoran beat her marker and fired to the net in some style. A brave Brides to their credit never gave up but it was Gers who upped the tempo and added further points with Ciera O'Connor, McFaul,(2) and Rebecca Carr all on target to a solitary reply from Ailish Noonan to put 22 points between the sides.