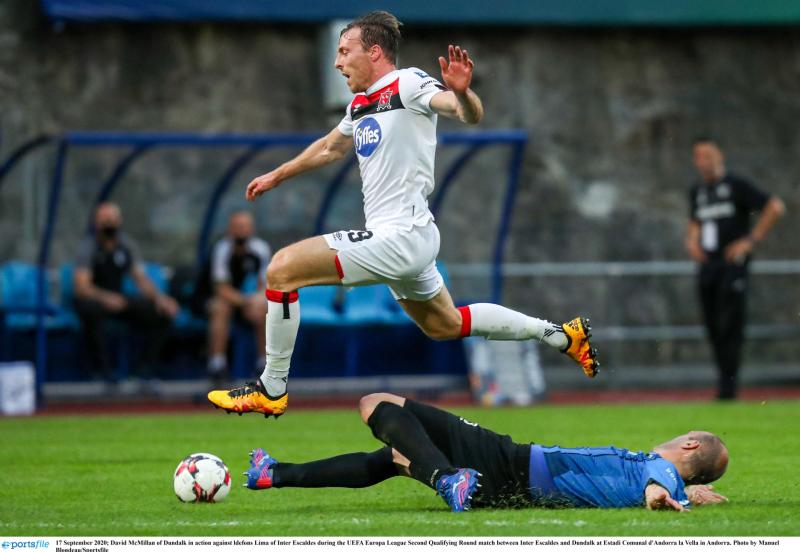 Dundalk FC will face a home tie against either Dinamo Tbilisi or KI Klaksvik in the Europa League play-off round on October 1st, if they overcome Sheriff in Moldova next Thursday.

The Lilywhites got the better of Andorran minnows Inter Escaldes in the second qualifying round, but know that the Moldovan champions will be a considerably sterner assignment.

Dundalk’s game with Sheriff was looking like it was set to be played at a neutral venue, but the Moldovans have received a dispensation from UEFA to host the match, which will now be played at the SC Sheriff Main Arena on Thursday night with a 7pm kick off (Irish time).

A win for Filippo Giovagnoli’s side will put them into the play-off round and within one game of the lucrative group stages. Standing in their way would be Georgian champions Dinamo Tbilisi or Faroese outfit KI Klaksvik, who will also play each other in round three on Thursday.

That would be Dundalk’s first home match of this season’s European campaign. However, it is not yet known if that game, to be played on October 1st, would take place at Oriel Park.

Dinamo Tbilisi will be the heavy favourites to beat KI Klaksvik, but the Georgians, much like the Faroese outfit, have never before made it to the group stages of the Europa League.

However, Dinamo do have a rich pedigree in European competition, having won the Cup Winners’ Cup in 1981 as well as reach the group phase of the old UEFA Cup back in 2004/05.

On Thursday night, Dinamo needed a stoppage-time penalty to beat Welsh opponents Connah’s Quay Nomads, while KI drop into the Europa League after losing 3-1 to Young Boys of Switzerland in the second qualifying round of the Champions League last month.