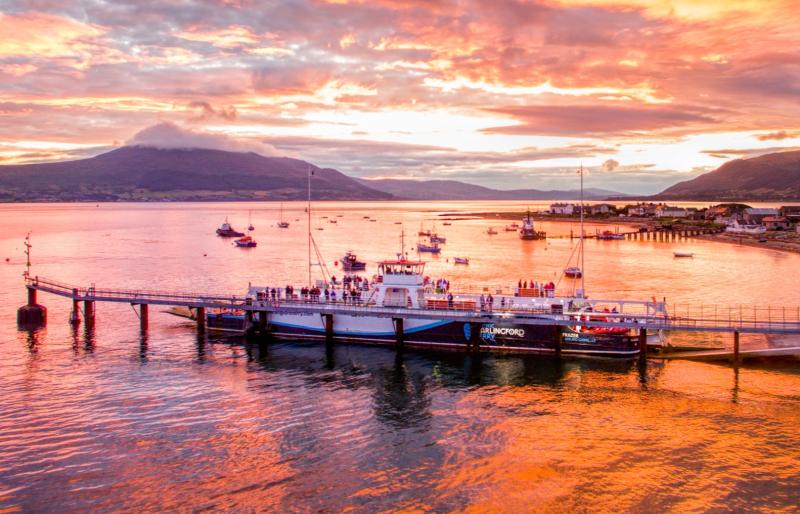 Carlingford Lough Ferry has announced plans to operate weekend and holiday period sailings only from Monday 28th September 2020 to Friday 26th March 2021, suggesting that the "complications of Brexit uncertainty and Covid-19" have led them to this "regrettable decision".

The company says it will discontinue weekday sailings during this time.

The cross-border ferry service was launched in June 2017 following a ten million euro investment and operates a roll-on roll-off service across Carlingford Lough, between Greenore in Co. Louth and Greencastle in Co. Down.  Since its launch, the service has introduced a valuable transport link between the Republic of Ireland and Northern Ireland for  local communities, commuters and the tourism industry, linking Ireland’s Ancient East with the Mourne Mountain Region in Northern Ireland.

While the service has seen consistent growth in traffic during the Spring/Summer seasons, the mid-week wintertime service has not delivered sufficient traffic volumes to support the daily service. The company believes that the uncertainties created by Brexit has had a significant impact.

Commenting on the service changes, Commercial Director, Irene Hamilton said: “We greatly regret the disruption that this will cause to our commuter customers who have supported our business since launch.  While we have seen a growth in our weekday traffic during the wintertime, the overall volumes are not sufficient to justify a continuation of the service.  We know from experience that the only way to grow traffic is by running the service and we realise that a cross border commuter service will naturally take longer to develop, however, the added complications of Brexit uncertainty and Covid-19 have led us to this regrettable decision. “

The business has recently developed a range of additional products that have contributed to the company’s overall growth.

This summer it operated twelve sell-out passenger-only cruises to Haulbowline Lighthouse. Irene Hamilton went on say: “We’ve been delighted with the response to these new cruises despite the challenges of operating with reduced passenger numbers to facilitate social distancing. Carlingford Lough and the Cooley Peninsula is an area of outstanding natural beauty and we will continue to focus on developing our service on the Lough to add to the tourism offering in the area. We are greatly saddened with the decision that has to be taken for this winter and every effort was made to avoid this service suspension”.

The final week of daily service will run from Monday 21st to Friday 25th of September, with sailings every Saturday and Sunday continuing during the winter. In addition, full week operations will be introduced around Halloween and Christmas.