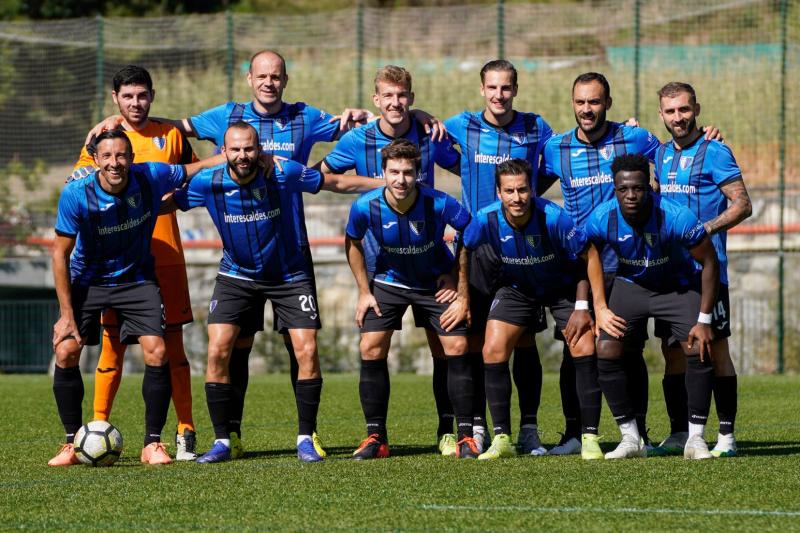 Established in 1991, Inter Club Escaldes were, in fact, founding members of the Andorran Football League in 1995 under the name Construccions Modernes. For most of its history, the club has had limited success, with two third-place finishes and an Andorran Cup final appearance in 2002 being the height of their achievements at the start of the last decade.

Inter suffered relegation for the first time in 2015 before returning to the top-flight as Second Division champions in 2017. A year later saw the appointment of Adolfo Baines, a former Getafe and Milton Keynes Dons goalkeeper, as first-team manager. Baines guided Inter to a third-place finish in 2019 before winning the League and Cup double in 2020.

That unprecedented success saw the club enter European competition for the very first time this season and they were unlucky to lose 2-1 to Kosovan champions KF Drita in the Champions League preliminary round last month. It is that result sees them drop into the Europa League, where they will now face another Champions League casualty, Dundalk FC, who suffered a heavy 3-0 defeat to Slovenian outfit NK Celje in the first qualifying round.

Dundalk have never before faced Andorran opposition in Europe, so Inter will be something of an unknown quantity for Filippo Giovagnoli’s side, who are heavily fancied to progress to the third qualifying round stage, where Moldovan champions Sheriff Tiraspol are in waiting.

Giovagnoli has already outlined that the Andorrans possess plenty of experienced players and eight of their panel have been capped by Andorra – most notably their 40-year-old captain Ildefons Lima, a defender who has played no less than 127 times for his country and scored against the Republic of Ireland in a World Cup qualifier way back in 2001. Josep Gomes (goalkeeper), Emili Garcia, Jordi Rubio (defenders), Marc Pujol, Sergi Moreno, Cristian Martinez and Ludovic Clemente (midfielders) were all in Andorra’s Nations League squad for their 0-0 draw with Latvia and 1-0 defeat to the Faroe Islands earlier this month.

Another player to watch will be Genis Soldevila, a Spanish forward that was the Andorran League’s top scorer last season with 16 goals. New signing Fede Bessone, a 36-year-old Argentine left-back that previously played in England with Swansea City, Leeds United and Millwall, also adds even further experience to a squad that, in all honesty, hardly needs it.

The Europa League second-round qualifier between Inter and Dundalk kicks off at 6.30pm (Irish time) on Thursday evening and will be streamed live on the Dundalk FC website.