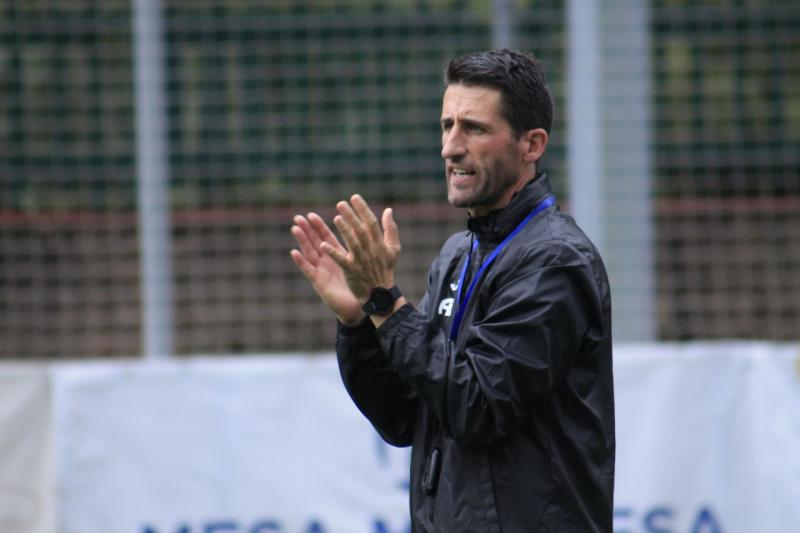 Inter Escaldes manager Adolfo Baines has described Dundalk FC as the clear favourites ahead of Thursday evening’s Europa League qualifier at the Estadi Comunal in Andorra.

Inter, who won the Andorran League for the very first time in 2019/20, are currently embarking on what is their debut season in European competition – a campaign which has already seen them lose to Kosovan outfit KF Drita in the Champions League preliminaries.

Baines, who in his playing days kept goal for a number of Spanish clubs including Getafe and Tenerife, is hopeful of upsetting the odds against the League of Ireland champions on Thursday night and has been using modern technology to study Filippo Giovagnoli’s side.

“Nowadays, thanks to platforms like Wyscout, it is relatively easy to obtain information on any football team,” Baines exclusively told The Democrat over the weekend.

“Without a doubt, Dundalk is a very strong team, both physically and in terms of technical quality. Besides that, it is a team with extensive international experience, while for us, this will be our second game at European level.

“I am aware that they have gone through a bad run of results that did not correspond to the potential of the squad and that with the arrival of the new coach (Giovagnoli), the team has regained confidence and has won the last two games.

“Without a doubt, it will be a very difficult match for us. We are aware that Dundalk is the clear favourite to go to the next round, but we are not giving up anything. We will try to surprise by enhancing our strengths and minimising defects.

“Football history is full of episodes in which David ends up defeating Goliath. Why isn't Thursday going to be one of those games? Of course, we train every day for that.”

Baines, who has been in charge of Inter since 2018, is fully expecting Dundalk to dictate possession on Thursday and knows that his side will need to show considerable patience.

“Based on what I have seen from Dundalk, it is a very intense team, which fights each ball as if its life depended on it and which is tremendously forceful and effective in the last third of the field,” he continued.

“They have players capable of making a difference on either wing and their midfield is very solid with the presence of captain Chris Shields.

“Given their potential and their role as favourites, they are more than used to leading games and against us will not be an exception, so we will have to be patient and wait for our opportunity.

“Matches are often decided by small details, so our options will go through being very focused throughout the 90 minutes and being right at the key moments.”

With their domestic season not yet underway, Inter continued their preparations for Thursday’s Europa League tie with a friendly match against FC Andorra on Sunday afternoon, but suffered a 2-0 defeat to the side that plays in the Spanish Third Division.