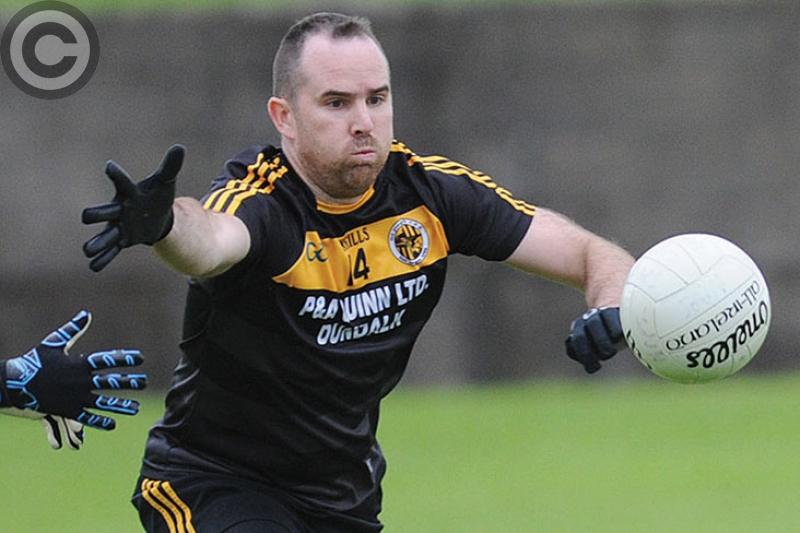 Na Piarsaigh bounced back from the disappointment of losing to John Mitchels in the previous round to book their place in the last eight with a comfortable win over St Nicholas at Hunterstown on Monday night.

The Rock Road side made a bright start and were three points to the good before the Nicks got off the mark through Jimmy Murray.

The teams then traded points with Mark Larkin and Paul Mallon scoring for Na Piarsaigh in reply to efforts from Murray and Paul Hackett, before Na Piarsaigh struck the first major blow with a Mallon goal.

The Drogheda men steadied themselves before the break and at the half time whistle had reduced the gap to 1-8 to 0-6.

The Nicks gave themselves hope of a revival with two points early in the second half but Na Piarsaigh moved up a gear and goals from Alan McCartney and Eamonn McAuley ensured that they came out on top to set up a meeting with Nh Fionnbarra in the quarter-final on Saturday.

John Mitchels secured top spot in Group 3 of the Junior Championship to set up a meeting with Sean McDermotts in the quarter-final on Saturday.

The Ballybailie side continued their impressive run of form on Monday night when they recorded a comfortable ten-point win over neighbours Westerns.

The result means that the Reaghstown side miss out on a place in the last eight, with Na Piarsaigh going through as runners-up. The Westerns made the better start to the game and landed the first two scores through Ryan Duffy and Conor Kerr.

On the quarter-hour mark the momentum switched back in favour of the Reaghstown outfit when Tommy Durnin scored the first goal of the game to edge his team back in front.

Once again the Mitchels response was swift and points from the Gallaghers and Andrew Bingham helped them build up a 0-10 to 1-4 lead at the half time whistle.

After the restart the Ballybailie side retained the initiative and opened up a gap when John Gallagher scored their first goal on 39 minutes. Within four minutes Gareth Kane added a second goal to all but settle the issue.

The Westerns then landed their only two points of the half through Durnin and Conor Kerr, but it was the Mitchels who eased to victory.