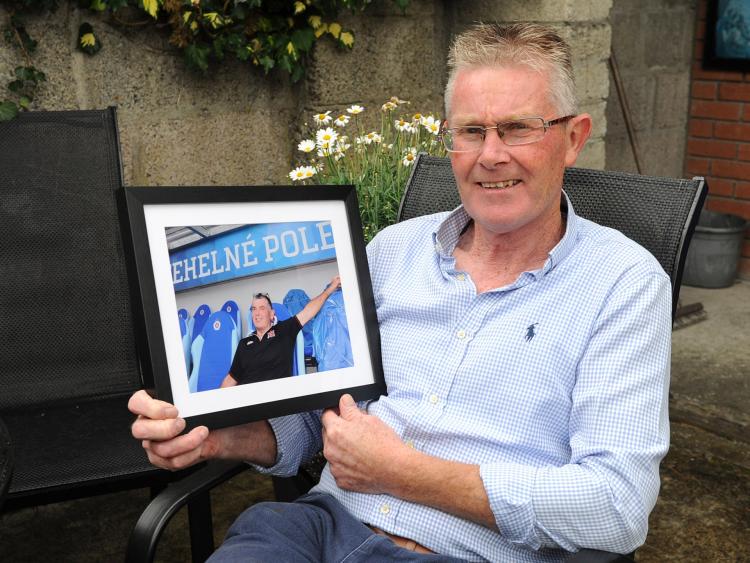 The heartbroken brother of Harry Taaffe is demanding urgent changes to local mental health services; revealing to the Democrat that his brother had desperately sought help just days before he died by suicide.

Harry Taaffe (58) was found dead on Sunday July 26, having last been seen around 24 hours earlier.

However, according to his younger brother Paul, Harry had gone to his GP the previous Wednesday and was given a referral letter for the HSE’s Department of Psychiatry at Crosslanes in Drogheda.

Paul says that after Harry had presented himself to the facility that same evening with the GP’s referral letter, he was subsequently sent home with medication, a leaflet and told he would be contacted by a home care team in due course.

Struggling to come to terms with the loss of someone he calls a “big brother to all in the town”, Paul is now calling for urgent changes to mental health services in the county so that something similar doesn’t happen to anyone else.

“Once that GP sent him up, that should have been good enough,” Paul argues. “We don’t want this to happen to anyone else. This is our town, these are our people. It’s a cycle. It keeps happening. It has to stop.”

“His GP came down to the house (before the funeral) and he said he can’t believe that he wasn’t in the place (Crosslanes).”

The Democrat has been told that a home care team contacted Harry’s wife on Sunday and said that he wasn’t answering his phone when they had tried to call him. Harry’s wife is understood to have told them at that stage that he was missing since Saturday. It is not known whether they had been trying to call him prior to Sunday.

The family’s anger and grief is understandably raw, but Paul feels that vital and important questions remain to be answered.

“My thing is, he went up there to get help and what did they do? They assessed him on what? The way he talked to them? Let me tell you something, when someone is planning something, they are not telling you anything,” Paul adds.

“This man is 58 years of age. I know this man didn’t want to talk to anyone to tell them how low he was. Men don't do that, can they not see that?”

He adds: “They gave him tablets to take. I don’t know what was said in Crosslanes. What was said doesn’t make any difference.”

Paul says that Harry’s wife, after coming back from Crosslanes on Wednesday evening with Harry, was “nervous”.

“She was on edge,” he explains. “She knew something in his head. Because she said she watched him the Thursday, the Friday to the Saturday morning, and she said if he moved in the bed, she’d get up with him. If he went up the town, she’d go with him.

“She knew that Harry was at breaking point.”

Paul recounts those harrowing 24 hours between when Harry was last seen on Saturday and when he was found.

“We got word at 10.15am on Saturday that he had gotten out of the house. He left the house. It’s not like Harry to not take his keys or phone with him or his wallet. He just left the house. And said nothing to nobody. That was the first sign of it.

“We came about half ten with 20 cars looking for Harry, up until half nine that night. Up every alleyway in the town.

“We couldn’t get him that night, he never came home. We knew the next day we were looking for a body. We had to wait 24 hours before the guards could put out a missing person appeal, we understand that, but we were hoping to get him before that.”

“We got up on the Sunday - and again, when the 24 hours were up, the phone never stopped ringing with people looking to see what they could do, where they could start. Any help that was needed from the town was unbelievable.

“We were about an hour into it (on Sunday morning) when a fella got in contact with us to say Harry’s van is in Silverbridge (County Armagh). Now we had been at least half a mile from that in Silverbridge at any given time looking for him up there. We got every alleyway. Every derelict house. We were looking for a derelict place where he could park his van.”

Paul remembers the terrible moment: “As soon as we got out there, my brother and two mates, they found him in the shed.”

Paul is at pains to insist that this is a much bigger issue than Harry: “We’re not doing this for Harry, we want this to stop,” Paul says.

Harry Taaffe was known across town and country for many reasons – as Paul says: “He’s known from Cork to Derry” - but his association with Dundalk FC was legendary. Paul recalls striking words that were said at Harry’s funeral last week.

“Dundalk FC turned around and said: ‘Harry Taaffe helped everybody else. The only time Harry Taaffe asked for help, he didn’t get it’.”

Paul says that Harry only started showing signs of depression about 18 months ago, around the same time he got a stint in his heart.

Paul feels that possibly the side effects from subsequent medications may have had an impact. But he says there were no major signs before that.

Paul lists the numbers of people who have died by suicide in recent times.

“If Harry was only one in a million, that’s grand, it happens, it slips through the cracks. But it seems to be happening more often now.”

It is clear that Harry meant so much to so many. Before, during and after the funeral, Paul says he spoke to many people who told him stories of how Harry had helped them. He recalls one in particular.

“I had a woman come in crying from Jonesborough and she said: ‘I can’t believe it. I phone him up once a month to come out to see me because I suffer from depression and he sits there with me and he puts me in the best of form and makes my day and I only have to phone him once’. You never hear anything about it (the support Harry gave to pe0ple).”

Paul adds: “This is about the next people that need help. We need to change the system and the responsibility people have.”

Paul feels a much more compassionate approach is needed from our health services.

“If someone came up to me on the road that was crying and had anxiety, what’s the first thing you’d do? You’d give them a hug. You’d hold them, and what would you tell them? ‘I have your back’. And that’s to a total stranger.”

The need for immediate systemic change is pressing, he adds, and people across the community need to “stand up and be counted”, says Paul, who is also a patron for SOSAD (Save Our Sons And Daughters) here in Dundalk. He believes that the likes of the Gardai and other local charities and those most impacted need to start calling for change now. “Feet on the street”, as he calls it, is something Paul feels is coming soon.

“We deserve better than what we’re getting. People need help. This is not about filling in forms or statistics, this is about helping people that need it.”

Ultimately, Paul hopes that Harry’s tragic passing might be a real catalyst for change, saving others from similar pain and loss.

Paul finishes: “People were coming crying to the door. We didn’t lose a brother, everyone lost a brother. We are lost.”

Responding to a request from the Democrat for comment on this story, the HSE replied: “Unfortunately the HSE is not in a position to comment on any individual case.”