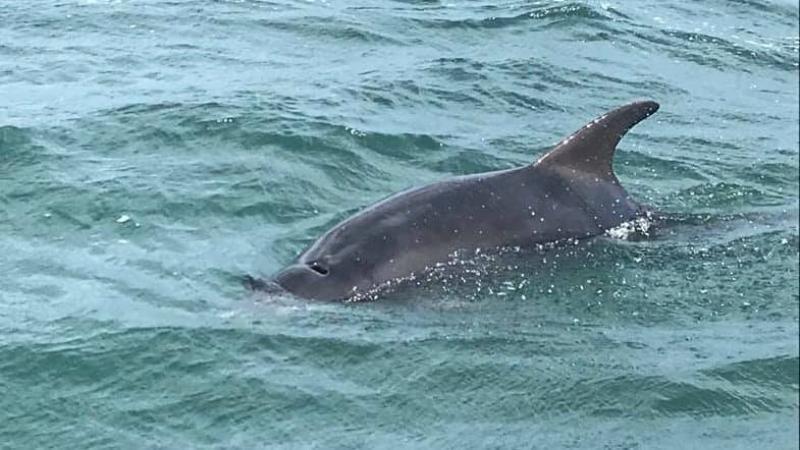 Finn is the agreed name of the now resident dolphin in Carlingford Lough.

An impressive 2800 people voted as part of an online poll set up by Carlingford Lough and The Cooley Peninsula Facebook page and the poll saw two names put forward - Bobby and Finn.

After tense voting, the end result favoured the choice of Finn.

Posting on Facebook, Carlingford Lough and The Cooley Peninsula said: "We know many of you commented that Fionn is the correct spelling and as you know our Irish hero is called Fionn Mac Cumhaill in Irish and Finn MacCool in English. We have read that 'Finn Mac Cumaill' was the most common form of the name employed in the translations of ancient Irish literature and it is an older Irish name that was used.

"As we don't know if the Dolphin is male or female, Finn works well as it is a popular name for both boys and girls. But if we can call our famous legend Finn or Fionn, we are sure the Dolphin won't mind.

"We are aware that other people have been using different names but Finn / Bobby appeared to be the two most popular and were included in the poll. Of course everyone is entitled to refer to our latest visitor how they wish. The Dolphin certainly doesn't care. He/She certainly didn't look like they had a care in the world yesterday when Carlingford Lough Ferry
recorded him 'belly flopping' near Greenore.

"Thanks again to all who voted and let's hope Finn sticks around. Please remember that marine debris, including plastic bags, and other non-degradable objects dumped along shorelines and in coastal areas can trap or choke dolphins.

"In cases of any interaction between small craft and large mammals within Irish waters some of the guidelines stipulate that:
- When whales or dolphins are first encountered, craft should maintain a steady course.
- Boat speed should be maintained below 7 knots.
- Do not attempt to pursue whales or dolphins encountered.
- In the case of dolphins, they will very often approach craft and may engage in “bow riding”. Always allow dolphins approach a boat rather than attempt to go after them.