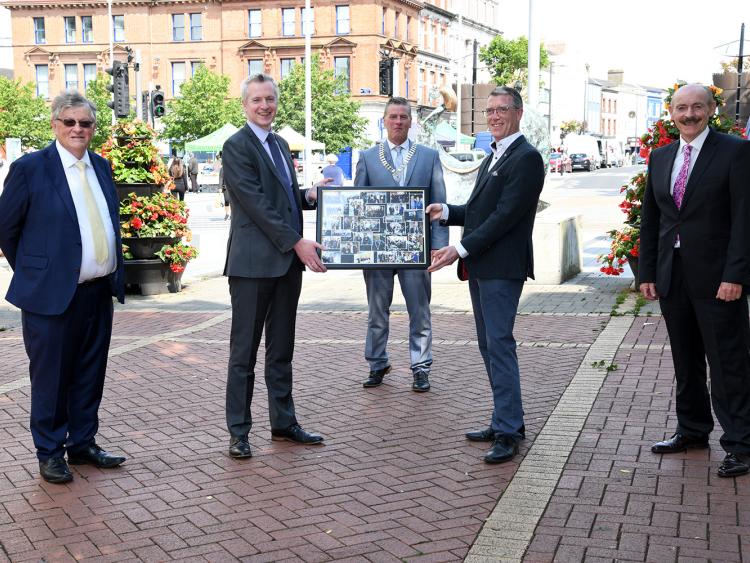 Sean Farrell has been named as the new President of Dundalk Chamber of Commerce following its AGM last week.

Speaking at the Chamber AGM, outgoing Chamber President Pat McCormick said he was delighted with the “many and varied initiatives” undertaken by Dundalk Chamber during his two years.

The Shop Local Gift Vouchers sales have hit over €3 million with over €1 million alone sold in 2020, he added.

Pat also spoke about Dundalk Chamber Skillnet.  Launched last year and spearheaded by Aidan Callan the Skillnet Manager for Dundalk Chamber of Commerce, Aidan has trained over 500 people from over 200 companies in the past few months.

The Chamber has hosted many Brexit events including a conference and breakfast briefings.  Over 600 people attended the Louth Business Awards last year and the Chamber also organized many cross-border events such as Business Lunches and Tax Breakfasts

Elsewhere, PRO of Dundalk Chamber, Paddy Malone briefed several embassies and parliamentary delegations from EU countries on Brexit. In addition, it was explained that he has briefed both national and international press on the practical problems facing everyone on the island, but in particular the border region.

The promotion of the M1 Corridor has been a priority for Dundalk Chamber of Commerce and will continue to be in the years ahead.

The M1 corridor stretching from Drogheda in the South to Newry in the North is designated a special area under the National Development Plan 2040. The designation of the area will enhance Dundalk’s ability to attract new business and makes it a priority area for both Enterprise Ireland and the IDA, Paddy explained.

Pat also mentioned that the Chamber is “working tirelessly” on behalf of its membership promoting Dundalk as a “great place to do business” and the newly-appointed officers will continue this valuable work into the future.

Pat thanked WuXi Biologics Ltd and Brendan McGrath for coming on board as our major sponsor and he said that he looked forward to a long and fruitful relationship for both organisations.

He wished his successor, Sean Farrell well and hoped that he will enjoy the challenge as much as he has. Michael Gaynor expressed his thanks to Pat for an excellent job over the past two years.