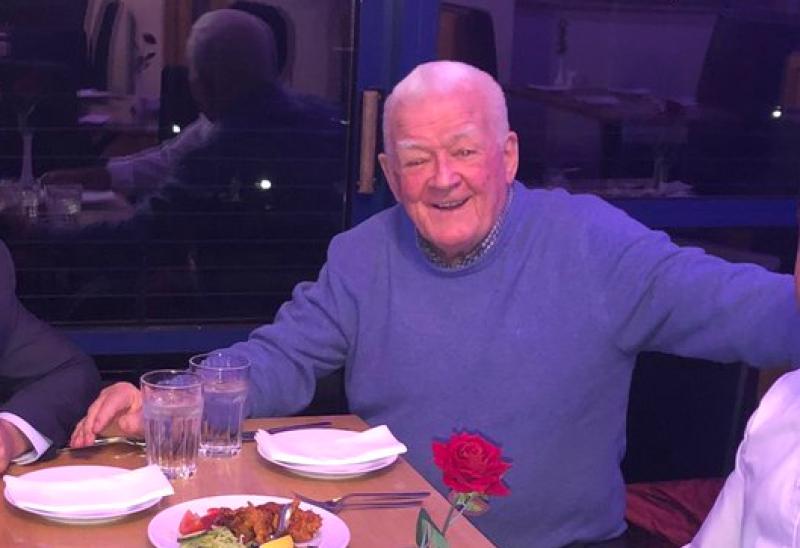 Tributes have been paid to former Louth Fine Gael Senator Terry Brennan, following his passing this morning. He was 78.

An Taoiseach, Leo Varadkar described him as "a great public representative".

"Terry always ensured that issues concerning the people of the Cooley Peninsula and the north of Dundalk were to the fore. He was a strong advocate for his constituents both locally and nationally.

"From early on he saw the tourism potential of Louth and worked tirelessly to promote it through initiatives like the Tidy Towns. He likewise made an important contribution through his work as an engineering officer with the ESB.

"I know that Terry was excellent sportsman, a great golfer who captained Greenore, and also someone who excelled with the GAA in his younger years. He captained Cooley Kickhams to senior championship glory in 1973 and won senior championship medals, several Cardinal O’Donnell and Old Gaels Cup medals, and also represented Louth at minor and senior level.

"Terry exemplified the idea of public service, serving the people of Carlingford, Louth, and our island with courage, ability and distinction.

"Our condolences to his wife Aileen and to their children, family and friends."

“In 2009 he received 1,462 first preference votes which is the highest vote ever achieved by a Fine Gael candidate in the Dundalk Carlingford electoral area.

“Terry’s crowning political triumph was his election to Seanad Eireann in 2011 on the Labour Panel where he was appointed as the Seanad spokesperson on Tourism and Sport.”

Senator McGahon continued: “Terry was an excellent politician, I remember he showed me a list of over 3,000 names of people whom he had helped resolve issues for.

“He was a meticulous and devoted constituency worker, and also had such a massive personality that it was impossible not to leave his company without a smile on your face.

“Terry was extremely popular in Leinster House, not only with his Fine Gael colleagues but with colleagues of all political parties and none.

“I think it is a real testament to his personality and likeability that he was so respected by all sides of the House.

“I represented the same local electoral area of Dundalk Carlingford as Terry did and it was impossible to go about my job without every second or third house mentioning Terry’s name and referencing a job or a representation he had made on their behalf.

“I extend my deepest condolences to Terry’s wife Aileen, his children Bobby, Tanya and David and his grandchildren.

“Terry really was one of a kind, a dedicated public servant who stood up to the plate and got things done.

“He will be so sadly missed by all of his friends in Fine Gael and his community in North Louth.”

Reposing at his residence from 12 noon Saturday. Could anyone calling to pay their respects please adhere to strict government guidelines on social gatherings and distancing. Removal on Sunday morning at 10.50am, proceeding on foot to St. Michael's Church, Carlingford, via the Square and Dundalk Street, arriving for Funeral Mass at 11.30am. Burial afterwards in St. Michael's Cemetery. Funeral Mass is strictly family only please.