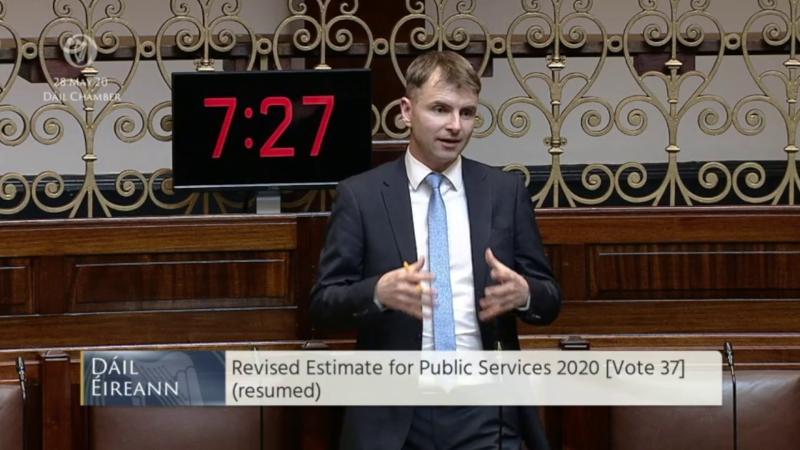 Speaking in the Dail yesterday, Sinn Féin TD Ruairí Ó Murchú  called for the Air Corps to assist in the ongoing battle against the forest fire at Annaloughan in North Louth.

The local TD asked Tánaiste Simon Coveney to raise with defence minister Paul Kehoe the urgent request from the fire service in Louth for air support in the battle to contain the blaze which has been raging on Coillte forest land for the last number of days. The commercial helicopter, which is retained by Coillte, has been working at the scene since the weekend.

Mr Ó Murchú told the Tánaiste that he understood the council had made a request for the Air Corps helicopter but there was a ‘technical difficulty’ and it had not yet been deployed. It was needed, the TD said, as the fire is now moving upwards on the mountain and out of the reach of fire service and Civil Defence personnel on the ground.

He said there had been an effort to get a commercial helicopter to aid, but this had not materialised and there was an urgent need for the fire to be tackled from the air.

Mr Ó Murchú praised the work of the fire service and volunteers who had worked to contain the fire and he asked Mr Coveney to raise it at government level and to contact Minister for Defence, Paul Kehoe about the issue.

He also asked for ‘all State resources’ to be used in battling the blaze on the Cooley Mountains and added that a ‘plan for dealing with future fires’ was also needed.

The Tánaiste said he would contact Minister Kehoe about the request.

Speaking at the scene of the fire yesterday, Sinn Féin councillor Antóin Watters said the fire was ‘getting further and further away from the personnel on the ground as it moves up the mountain’ and he praised the ‘huge dedication and professionalism’ of firefighters.

There was, he said, an ‘urgent need’ for air support in order to help bring the fire under control.