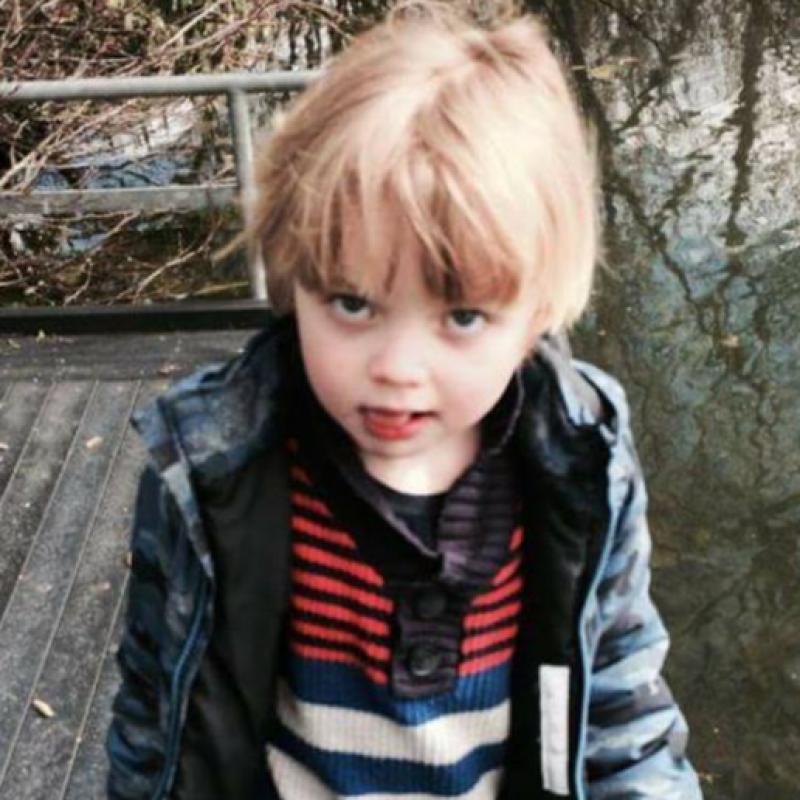 Diagnosed with autism not long after his second birthday, Liam, who was non-verbal, was making his way in life, developing social skills and alternative means of communication, until what medics thought was an ear infection transpired to be an acute brain tumour. He died just seven weeks after his condition was confirmed.

However, parents Ronnie and Eileen were committed to Liam’s legacy and began sponsoring local events for kids with disabilities until their Friends of Liam Foundation charity received official status in 2017, their aim being to help children with similar cases through social, sensory and recreational activities.

“Last November we started this social skills group in the community centre in Louth Village,” Eileen told The Democrat of the Foundation’s latest initiative which involves 10 children meeting with teachers and SNAs on a Saturday morning.

“It’s taken off and we’ve got great feedback from parents, but we want to expand it to other groups - we only have the one going at the moment - and we’d like to reach out to other children because there’s nothing like that in Louth at all. We have children coming to us from places like Monasterboice and Carlingford. 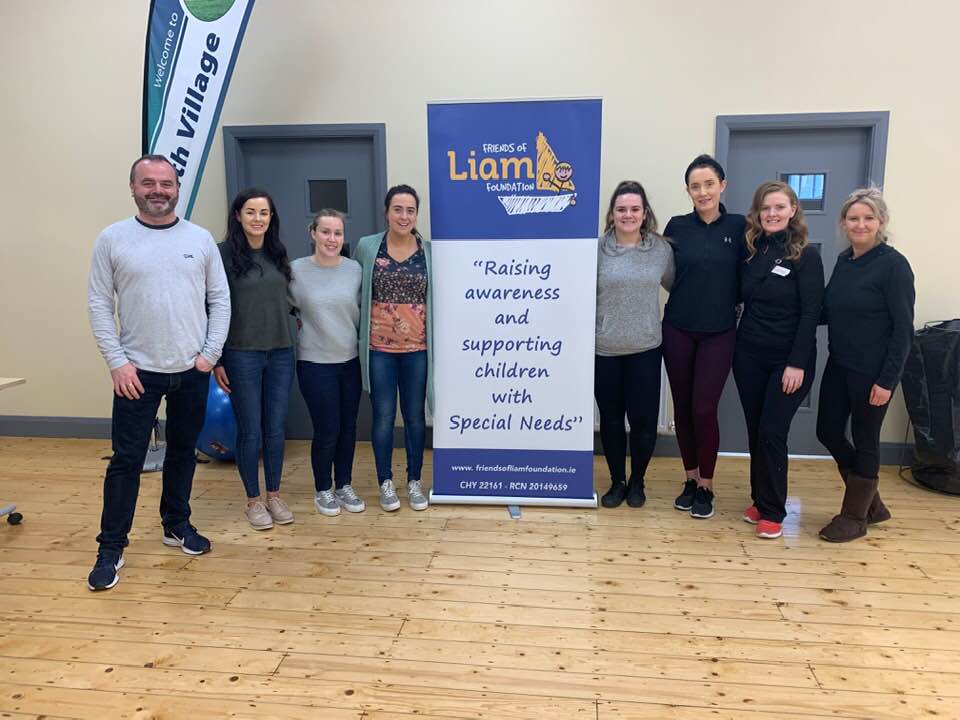 “We have a waiting list of kids and that’s why we want to expand. We have quite a lot of children in the younger group, say three to five years of age, on the list and we could easily have another group of 10 children.

“As well as that, we can’t just abandon the kids, the five-to-10-year-olds, we have because they’re improving and they love coming. Ideally, we’d need to keep the group we have and then have another group.”

The weekend classes, which last for two hours, involve various fun-based activities, all of which the kids are used to, with routine of significant importance to autism sufferers. The entertainment element is paramount, though, and the Foundation had even intended to run Easter and summer camps, both of which have fallen by the wayside due to the present pandemic.

However, they were at least able to provide their juveniles with the opportunity to meet Santa Claus at Christmas, a feat which the young ones may not have otherwise been able to.

“You might think meeting Santa is straight-forward for so-called typical children, but it’s so difficult for children with autism; the queuing and the whole sensory thing. But we did that at Christmas time and it was lovely.

“We just want to help children like Liam, it’s why we set-up the charity, and to give support to parents.” 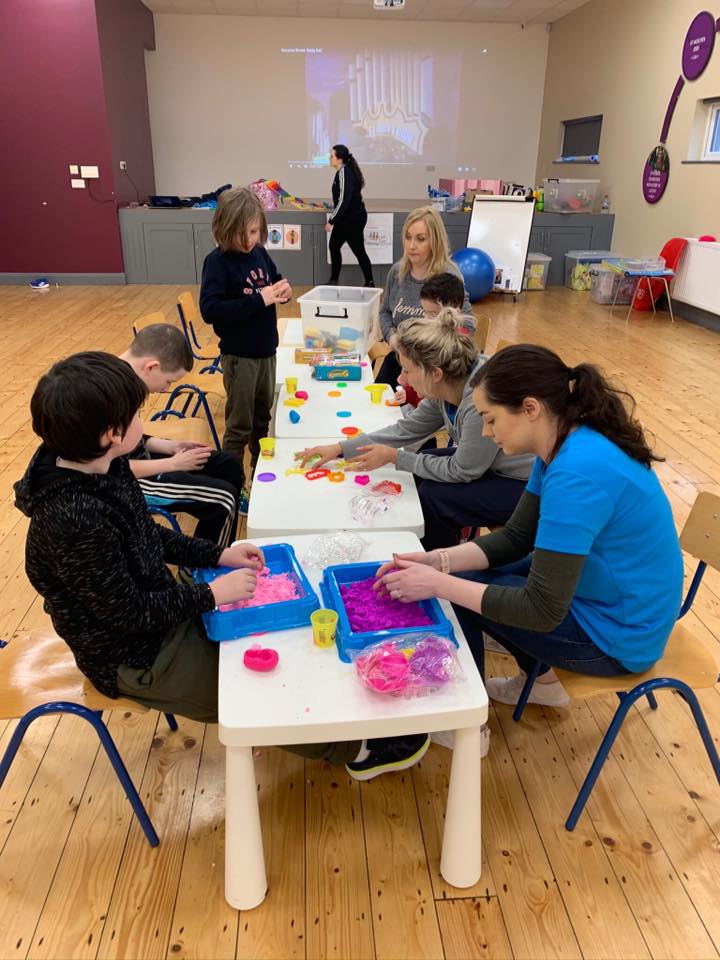 BLUE-EYED BOY
Liam’s autism was twigged following his mother’s concern at his failure to develop speaking skills, especially considering he was advanced in all other areas. Enrolled at a creche in Tallanstown at the time, his diagnosis saw Ronnie and Eileen come across a facility in Slane which catered for kids with disabilities.

Hence Eileen, who worked for the council, took a career break and travelled to and from Meath with her little boy on a daily basis. But it was well worthwhile, the strives forward Liam took were notable. He began to find ways and means of letting go any irritation regarding his verbal impediment.

“You can understand that if they can’t communicate, they’re going to get very frustrated as time moves on,” Eileen added. “He went to Slane for 11 months and it was great in that it taught us the basics of how to communicate with each other. We were basically learning as we were going along; it was all new to us.

“He came on great by using pictures and then he could ask us simple things or we could ask him if he wanted to go here or there. He loved swimming, playgrounds and typical little boy things.

“We literally had to take pictures of everything; everywhere we’d go, even relatives’ houses. We didn’t know at the time how much he understood, but as time went on we realised he could comprehend 90 percent of what we were saying anyway, it was just about communicating.

“There is a misconception out there that just because a child doesn’t speak that they’re not clever. It’s really just about finding a different way of communicating with them.” 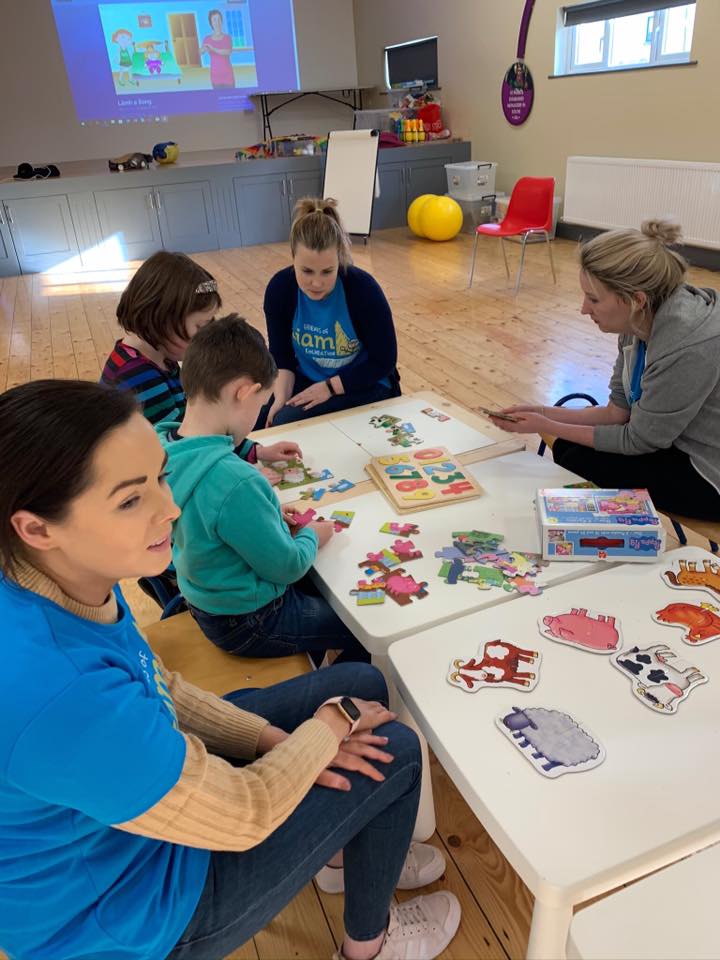 Teachers, who became family friends, Lisa Clinton and Siobhan McKenna, began to pay home visits to Liam, offering him further support in his development battle. Furthermore, he was accepted into the disability unit at Kilsaran National School and even looked forward to the morning bus journeys over the road.

“He was very cheeky; a funny little guy who loved music and typical little boy things. Autism didn’t slow him down in that we were lucky to be able to do lots of things and he didn’t really have many sensory issues.”

There was a trip to Legoland before Liam’s life took a fatal and extremely unfortunate turn.

“He was diagnosed with an ear infection which turned out to be a brain tumour; an inoperable brain tumour called DIPG. Quite a few children in Ireland have had it and it’s a tumour which usually affects children between the ages of five and 10.

“It’s at the back of the brain so you can’t operate, so it’s just about getting radiation and therapy to shrink it. But Liam got too sick really quickly and wasn’t able for therapy. He passed away in June 2015; he was only sick for seven weeks.

“The autism was tough, but he was always a happy boy and that’s how I remember him.”

The Foundation held its first major fundraiser late last year in the form of a ‘1920s night’ in the Village, but since Covid-19 restrictions have come in - which has curtailed their contact with the kids that attend the Saturday morning class - there has been a Facebook campaign which has returned over €2,500 thus far.

Former St. Mochta’s chairman Paul Murtagh, whose wife, Julie, is a regular tutor on behalf of the Foundation, has driven the process, encouraging as many people as possible to make a donation on the completion of a 5k run. Mochta’s, in previous years, have donated heavily to the cause.

Eileen: “Paul Murtagh seems to know everybody in the country and he asked if we’d mind if he tried to push the 5k fundraiser.”

Democrat: “I think it’s more everybody in the country knows him!”

You can learn more about the Friends of Liam Foundation at the charity’s Facebook page, or via the website, www.friendsofliamfoundation.ie.