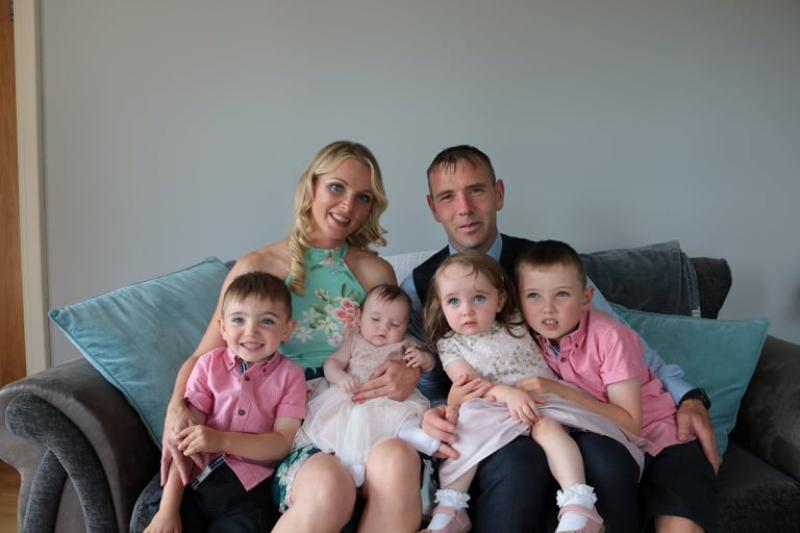 For all the uncertainty and inherent danger that goes with stints serving overseas, homesickness is the most difficult niggle to process. Life can lose its pattern when you’re thousands of miles - or a continent - away from normality. Even settling back in when you return can take some adjusting to.

Kenneth O’Hagan hasn’t got that time, though. His youngest daughter, Ava, turned one on Wednesday, and for six months of the last year he has been stationed in Syria. He has missed half of her life so far. Process that.

The Muirhevnamor native - a father of four - loves his job and with it came a recent promotion, to a Sergeant. Apart from it being all that he knows, having joined the Irish army upon leaving school close to 20 years ago, there is a human element to what he does: helping others, while familiarising himself with people and places he otherwise wouldn’t.

A weekly routine can seem mundane to inward-lookers. There was a 24-hour shift last week for which he was posted at Aiken Barracks. They’re constantly on call and in any given hour their services can be requested for a myriad of reasons, sometimes in the harshest of conditions. Amid relentless rainfall leading to floods, heavy snowfall, etc.

All in a day’s work, though. He has been abroad eight times with the army and so is well enough acquainted with what it entails to say the months-long treks involve the toughest periods, physically but more especially mentally.

“The trickiest times are overseas; they tend to be long, especially now with having kids,” O’Hagan, better known as ‘Charlie’, tells The Democrat. 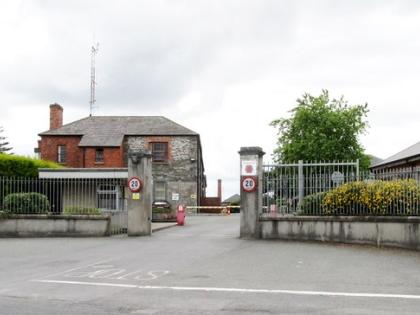 Charlie is trained to use weaponry - automatic, semi-auto et al, but he’s never fired a shot; he’s knowledgeable in first-aid and able to cater for injured parties in incidents of limb loss or damage, and extreme bleeding, but has never had to; and coached to be mentally aware of attack or danger signs when in transit, though a vehicle or party in which he’s been travelling has never come under the strain of combat.

Nonetheless, the potential for encountering difficulty is always there and remaining conscious is paramount to carrying out your duties diligently. In Syria, he was in the Force Commanders’ Reserve near the heavily UN-manned capital of Damascus.

“Our main job was to be on standby 24/7 throughout the trip,” he adds. “We were on 15 minutes’ notice so within that space of time we would be sitting at the gate ready to roll out.

“We could have any task given to us by the Force Commander, from evacuating UN camps to backing up those camps, or if the camps were overrun or the UN personnel had to move out, we’d have points to pick them up.”

Situations can rapidly become eruptive, though the last trip passed without anything major in terms of upheaval. Hence expending the time can become a challenge. There are multiple amenities at the base camp: a gym, running areas, communal centres and a shop, as well as wifi, of course.

But ennui is an inevitable confrontation. Therein can form stress, anguish and, ultimately, depression. Outlets are available, with a doctor always on site, while the general atmosphere is conducive to positive wellbeing. O’Hagan is a ‘critical incident stress manager’, and so skilled in spotting signs in - and dealing with - others. A necessary component of any platoon leader, particularly in places where uncertainty is rife.

“Towards the end of the trip there were car bombs going off in Damascus. Most of them were on the outskirts, but they started going more centrally and the centre of Damascus would be well guarded; there’d be military on all of the main junctions. They were still getting in, though.

“We’d have gone to those areas for supplies so you’d always have been wary when you were leaving.

“There’s a place just across the border - the Israeli occupied Golan Heights - I can remember where there’s a full village that has just been levelled because of the war. There’d be bullet holes straight through the walls of houses, what’s left of them.

“The first time I went through that particular village, it was an eerie place and the only building that wasn’t really levelled was actually a Christian Church. But there is always the fear of the unexpected. There could be something left out that wasn’t meant for you, but you still come across it. You do always have to have your wits about you.”

On a specific journey, they spotted a mountain of harvested landmines, bombs which could accommodate tonnes of explosives. The hazards are widespread with incendiary devices sometimes left in trees or bushes where officers may be cutting, trying to keep the area tidy.

The UN, though, are generally respected in the countries which they are based. The exception, in Charlie’s case, was in 2010 in Chad when the country’s leader at the time, Idriss Déby, ordered the international body out.

However, they have been peacekeeping in Syria for almost 50 years and the period will last much longer as they try to protect the millions of innocent civilians.

“Everybody’s fighting with everybody. There’s just so many factions.” 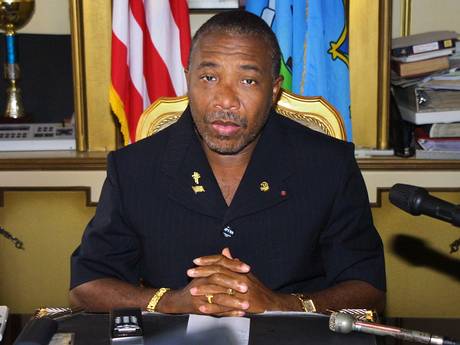 Although in Liberia at the time of its former leader Charles Taylor’s arrest, the most action, in combat terms, he’s seen was in Kosovo.

“St. Patrick’s Day, 2004, there was a riot where you had a couple of thousand Kosovar-Albanians marching on a small village outside Pristina and their sole purpose was to destroy the village.

“The Irish were sent in with the Swedish and the rioting went on for maybe six or seven hours straight. You’re just sticking close to the person beside you, setting-up as a blocking force to protect the village.

“They were coming, throwing everything they could throw at us; trying to hurt us to get to the village. It was a scary time. There was an old house knocked about 50 metres in front of us so they had all the ammunition they needed; slates were coming at us, sideways, lengthways. Everyone got hit at least once.

“Once it got dark they moved out towards Pristina and the Americans moved through us to push them back fully. Our trip was extended by an extra month that time.

“There were Serbian families trapped in villages who couldn’t get out because the Albanians were going to hurt them. The remainder of the trip involved moving into those villages and getting the endangered people out safely.”

The ‘success’ of that assignment is likely the rewarding aspect. Protecting the vulnerable from attack, persecution and even death. But it’s simply their job, Charlie admits, pointing to the training soldiers go through in preparation.

Indeed, the Irish’s reputation abroad is solid. They’re professionals, sometimes in the company of national outfits made-up of conscripts. The ‘soldiering’ element, where you’re taught to carry a heavy load for a long run or walk, kicks in, and it did in deepest Africa, he recalls. Days on end living in a tent, brushing away the small wildlife from the edges of your set-up every morning.

“Recruitment training is not easy - it’s long and hard - but it gives you a sense of achievement when you’re passing out as a fully-fledged soldier. You have pride in your uniform and pride in your flag. There’s not many people who join the army for a wage, most of the young fellas join it because it’s something they want to do.”

“There was a platoon we were training one time and we took them on a recce patrol. We were going to a range in Wicklow, it was night time and there was a long lane down to it, with high trees, so it was very dark.

“We were moving along and in the distance, we could see someone climbing across the gateway. Had we started to run back they’d have heard us, so I told the lads to get into the ditch. The ditch wasn’t wide, but we were all standing still.

“I was watching them on my night vision (goggles) and there’s an eyepiece on it that sits in and stops any light from getting out. But it fell off in my pocket so there was a green glow from my eye.

“I saw the lads with a dog, so I knew they were civilians and not the guys we were going in for. ‘Don’t move’. But one of them turned around, wondering, ‘what’s that green light?’

He put his hand out to see what it was, so I grabbed his hand. The two men started to scream and the dog ran back up and over the gate. ‘Army, army, relax!’

“I got them settled, but at that the other corporal with me took a pace forward and slammed his foot to the ground. Sure he set the two boys off again!”

Memorable, funny. Something he can reflect on and smile. But it’s not the only anecdote which sparks a grin. The job is clearly challenging, though worthwhile and satisfying above all else.

And he’s got what every good man needs behind them, a better woman; his wife, Theresa.