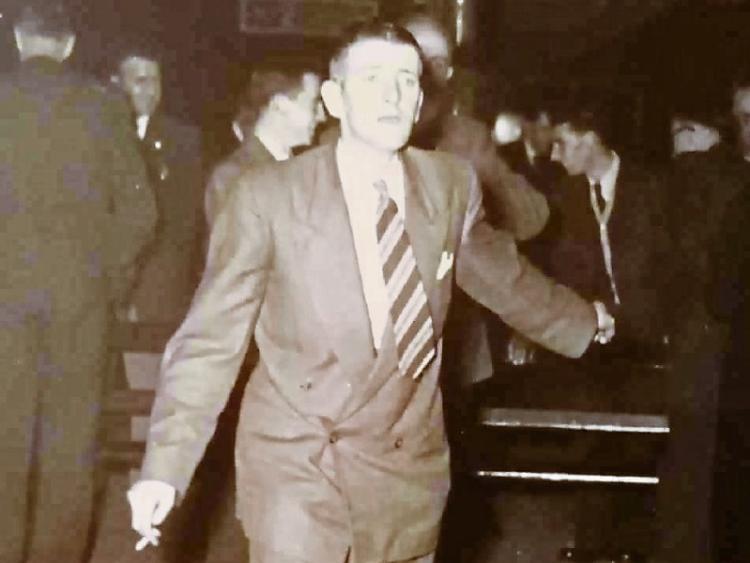 “There’s a cracking photograph. It’s up at the railway station. I don’t know what he’s doing, or where he’s coming from, but it’s like something out of a movie. He was a brilliant character. He’d keep you there all day, telling stories.”

Kevin Gaynor’s nephew, Liam, clearly adored his uncle. But it was really only in later years that the family truly understood the extent of Kevin’s trailblazing exploits with ladies football. On May 10, 1970, Kevin and his wife Nan, were instrumental in organising the very first international ladies soccer match involving an Irish team. The match in question involved, not the Republic of Ireland, but a Dundalk Ladies team which squared off against Corinthians Nomads from Manchester at a horse racing track in Wales.

“It was amazing,” agrees Liam. “It was the first international match. The game had to be played in Wales because the English FA wouldn’t let them play in England. They couldn’t play it at a football ground either, so they had to play at a racecourse.”

That match 50 years ago set a precedent and - excuse the pun - got the ball moving on the creation of a ladies football association of Ireland. And as coach of the team that day, Kevin would go on to become president of the fledgling association, eventually being made a lifetime president for his work over the years. Kevin passed away in 2000, predeceased by Nan. He was described in his obituary as a man “with a keen sense of dress” and a “charismatic figure” who “with a word or gesture could dispel a sense of gloom and replace it with humour, the hilarity created veiling a wealth of kindness and great generosity”.

His nephew Liam mentions that a treasure trove of Kevin’s personal effects and historic memorabilia were sadly lost after his passing.

“All of the stuff, unfortunately when Kevin died, he lived in Quay Street, was thrown out. We lost mostly everything. I’ve bits and pieces of stuff. I’ve his membership cards of the ladies football association and a couple of great photographs.”

It’s these photographs though that help recapture the man, Liam admits. That sense of the dashing character he was is clearly seen in the main photograph here, along with the other side of Kevin, his love for his wife Nan (nee Conachy). 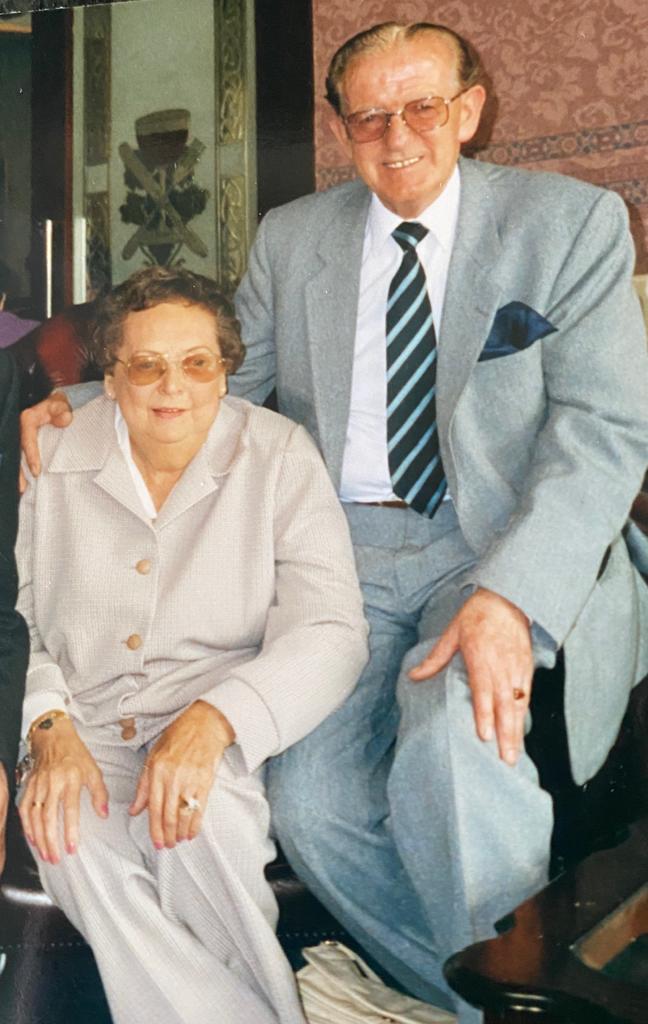 They travelled everywhere with ladies football, according to Liam - at a time when people had little interest in the emerging sport. A different era Liam suggests.

“Some people were laughing, because no one was interested in ladies football back then.

“This was back in the 1960s. They started a league here in Dundalk. Then they started to move on. They played in France, all over the place.

“The original Ireland football team, 90 percent of them were from Dundalk. Paula Gorham was the big star at the time. I remember them going to Paris and they played in Belgium.”

The esteem in which he is held in by the ladies football association is remembered every year, Liam adds.

“There’s a cup played in ladies football called the Kevin Gaynor Cup. We only found out about this at a match in Tallaght for the FAI ( a few years ago). We were with John Delaney, unfortunately,” quips Liam.

Kevin was also a key driving force at Oriel Park and was heavily involved in the club.

“He was on the floodlight committee at Oriel Park. He was very much involved with Dundalk Football Club as well. And then, typical Kevin, if he couldn’t run Dundalk, he’d have to run something else.”

This is when the decision to create a local ladies football league truly began.

It’s clear that Kevin had a wonderful way with people.

His manner and ability to make friends helped grow ladies football across the country and then bring the team on international adventures too.

“He could do accents for anyone,” remembers Liam fondly. “He could do Mayo, Monaghan, Glasgow. You name it, he could do it.”

Liam finishes with an anecdote which sums up the man from Quay Street perfectly.

“He was a massive Celtic fan, but never had to pay in for a game. He knew Sean Fallon, who was the assistant manager of Celtic, under Jock Stein then, who was a friend of his. How? I don’t know. But when he’d go (to Glasgow), he’d ring up Celtic Park and say ‘I’m on my way’ and two tickets would be waiting for him.”