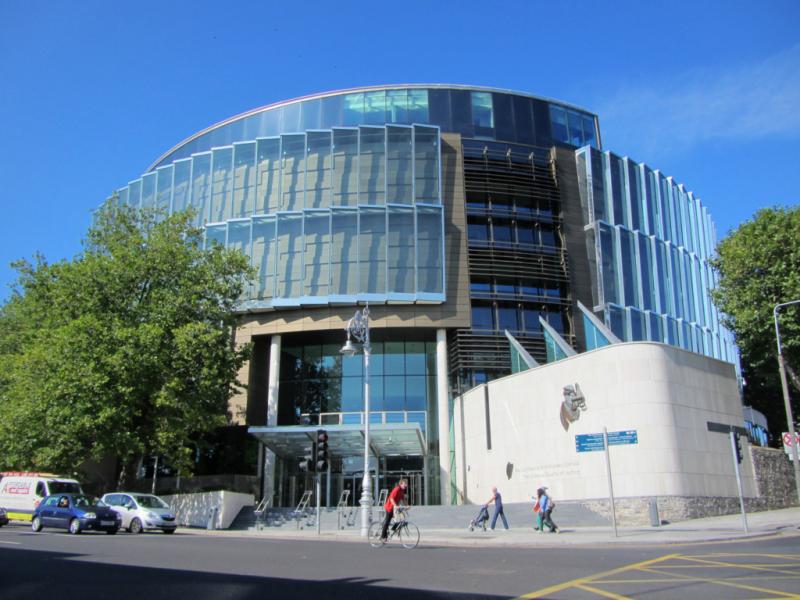 A Central Criminal Court jury has found a 47-year-old woman guilty of murdering her partner after she stabbed him to death during a drunken row - the second time she has been convicted of this offence.

The panel of seven men and four women rejected Paula Farrell's defence that she was provoked after she claimed her boyfriend Wayne 'Quilly' McQuillan sexually assaulted and began to strangle her with his hands when she refused to have sex with him. It was the defence case that if there was a reasonable possibility that the Louth woman had acted as a result of provocation then they must find her not guilty of murder but guilty of manslaughter.

Instead the jury accepted the State's case that the mother-of-three had intended to cause "at least serious injury" to Mr McQuillan when she picked the biggest knife from a knife block in the kitchen and stabbed him four times with it.

In his closing speech, prosecution counsel Gerard Clarke SC called the sexual assault allegation "an outrageous lie" and said it had been told against a man who was now dead and could not give any alternative account of events. Mr Clarke submitted that the account of a sexual attack taking place was first put forward by Farrell 16 months after Mr McQuillan had died and she had told gardai in her interviews that nothing sexual had happened between her and the deceased on the night.

Evidence was given in the trial that Farrell had told onlookers not to call an ambulance after Mr McQuillan collapsed outside her house following the attack. One witness testified that the Louth woman had shouted out the doorway of her house: "Don't ring an ambulance, you must be joking to ring an ambulance."

This was Farrell's third time being tried for murdering Mr McQuillan. Farrell first went on trial in July 2015 and was given the mandatory life sentence after she was found guilty of murder. However, she had her conviction quashed by the Court of Appeal in June 2018 over the trial judge’s decision not to allow the partial defence of provocation be considered by the jury. A retrial was ordered and a jury failed to reach a verdict in her second trial in July 2019.

Farrell of Rathmullen Park in Drogheda had pleaded not guilty to murder but guilty to manslaughter for the unlawful killing of Mr McQuillan (30) at her home on New Year's Day 2014. They had been in a relationship for a year and Mr McQuillan was ten years younger than the defendant.

Farrell gave evidence in her trial that Mr McQuillan had tried to have sex with her, that she did not want to have sex and that he had started strangling her with his hands before she went to the kitchen for a knife. "I thought I was dying, I couldn't breathe," she told her barrister Caroline Biggs SC. Farrell accepted in her evidence that she stabbed Mr McQuillan with a knife four times but said she only remembered stabbing him twice.

Former Deputy State Pathologist Dr Michael Curtis testified that he found four stab wounds on Mr McQuillan, one to the upper right arm, one to the front of the chest and two wounds to the left shoulder which were situated 1.1cm apart from each other and parallel. The expert witness told the jury that Mr McQuillan could have potentially survival if he had received prompt medical intervention.

The 11 jurors found Farrell guilty of murder by unanimous verdict. They had deliberated for four hours and 55 minutes over two days.

Following today’s verdict, Mr Justice Paul McDermott thanked the jury for their engagement in the process and the careful consideration they had given the case. He exempted them from jury service for life.

In charging the jury, Mr Justice McDermott said they had to ask themselves whether Farrell, with her particular history and personality, may have been provoked to such an extent as to lose her self-control in response to alleged sexual assault by Mr McQuillan on Farrell, so that she was unable to prevent herself from committing the stabbing.

The judge said if they were satisfied of a reasonable possibility based on credible evidence that Farrell had such a total loss of self-control then the verdict was not guilty of murder but guilty of manslaughter. The real issue in this case comes down to the mental state of Farrell when she killed Mr McQuillan, he said.

Consultant forensic psychiatrist Dr Brenda Wright, testifying on behalf of the defence, told the court that Farrell was suffering from post-traumatic stress disorder (PTSD) and alcohol dependency at the time she stabbed her partner to death. However, Dr Wright said the PTSD had not played a "significant role" in the killing. Consultant forensic psychiatrist Dr Sally Linehan, testifying on behalf of the prosecution, submitted that the accused's behaviour on the night was influenced by her intoxication and not her mental disorder.

Farrell told gardai in her interviews that her and Mr McQuillan had started "tackling each other" in the kitchen on the night and "he had me by the wrist and neck and I got a bump on my head from him." She said Mr McQuillan "had me on the two-seater in the kitchen" and when she got up, she said, "I didn't want him to get the better of me. I got the knife then and I stuck the knife in him." She said she thought she stabbed him "towards the top of his chest" and a second time "a bit lower down".

The former factory worker also testified that she was sexually abused by a named man from seven years of age until 14 and told him in later years that he had "ruined" her life. She said that she began to drink heavily when she was 20 years of age in order "to block out" her problems as she could not cope with them and would drink up to 11 cans of cider a day. She said that she met Mr McQuillan on the night of her 40th birthday in 2013 and there was always "drink on board" when they argued over "stupid things".

Counsel for the State Mr Clarke with Maurice Coffey BL argued in his closing address that the prosecution did not have to prove an intention to kill and it was sufficient to prove an intention to cause serious injury. Mr Clarke also pointed to evidence given by two psychiatrists that the killing of Mr McQuillan was due to Farrell's intoxication on the night and not any mental problem.

In her closing statement, defence counsel Caroline Biggs SC with Edward Doocey BL told the jurors that her client is classified as "borderline intellectually disabled" and had six litres of alcohol in her system on the night. Ms Biggs emphasised that whilst both psychiatrists had substantially favoured intoxication as the reason why events had occurred on the night, they had also agreed that mental factors had played a role.

Although one criminal trial continues, this was the last trial at the Central Criminal Court with an attending jury as a result of reduced court sittings in the capital due to the Covid-19 pandemic. 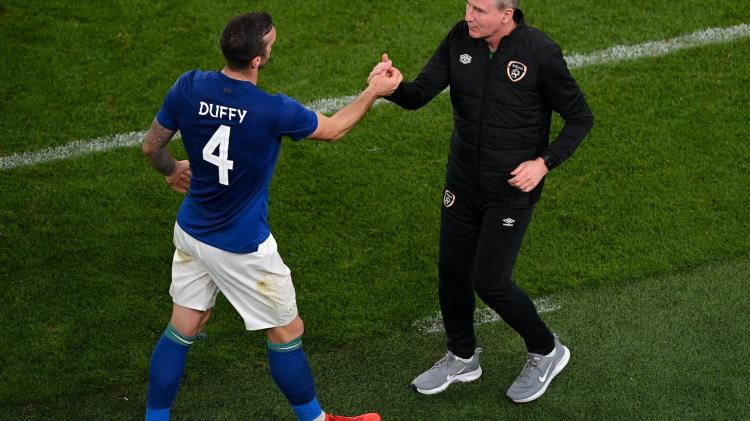