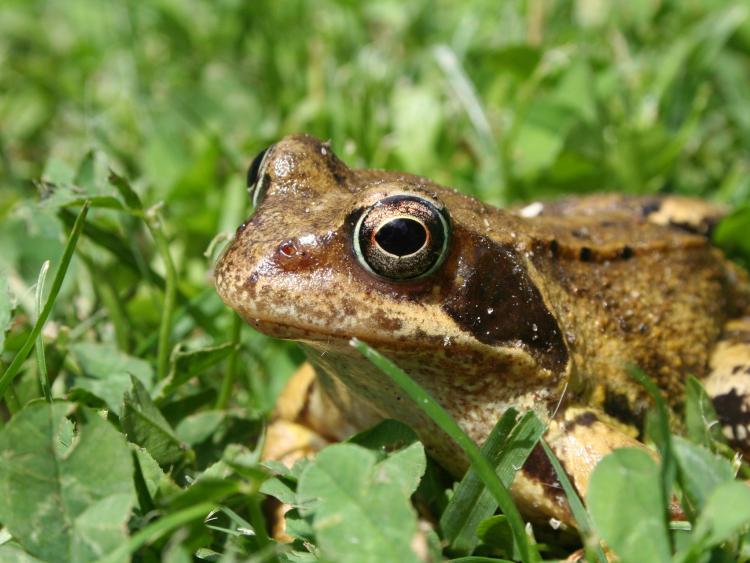 IPCC - 'Have all the frogs disappeared in Louth? '

The all Ireland Hop To It Frog Survey was first launched in 1997 by the Irish Peatland Conservation Council (IPCC). The survey, which was a huge success with records obtained from all over Ireland, has in the last 10 years however, received only six records from Louth. So, have all the frogs disappeared in Louth?

To date, over 5,400 frog records have been databased by the IPCC for researchers and conservationists to use.

Why is the Common Frog so important? The Common Frog (Rana temporaria) is the only species of frog found on the island of Ireland and is listed as an internationally important species. Frogs are protected under the European Union Habitats Directive and by the Irish Wildlife Act. Hence, the IPCC continue to monitor this animal throughout Ireland.

“Frogs act as indicators conveying the health of a habitat. They breathe through their skin in the water and therefore, are sensitive to pollution. Their absence from an area where numbers were high in the past is very concerning.”

IPCC are asking the people in Louth to "Hop To It" in 2020 and become a citizen scientist helping to protect and monitor this important wetland amphibian in your community.

This survey asks members of the public to watch for the various stages of the frogs lifecycle in their gardens and wider local community.

If you have seen or find frog spawn, tadpoles, leggy tadpoles, froglets or adult frogs IPCC are encouraging you to take part in the Hop To It Frog Survey.

It is easy to get involved, simply visit the website of the Irish Peatland Conservation Council www.ipcc.ie and submit your frog record online by following the link.  If you would like further information you can contact the IPCC at bogs@ipcc.ie .