OBITUARY: Geraldine Lawless had a deep love for GAA and music 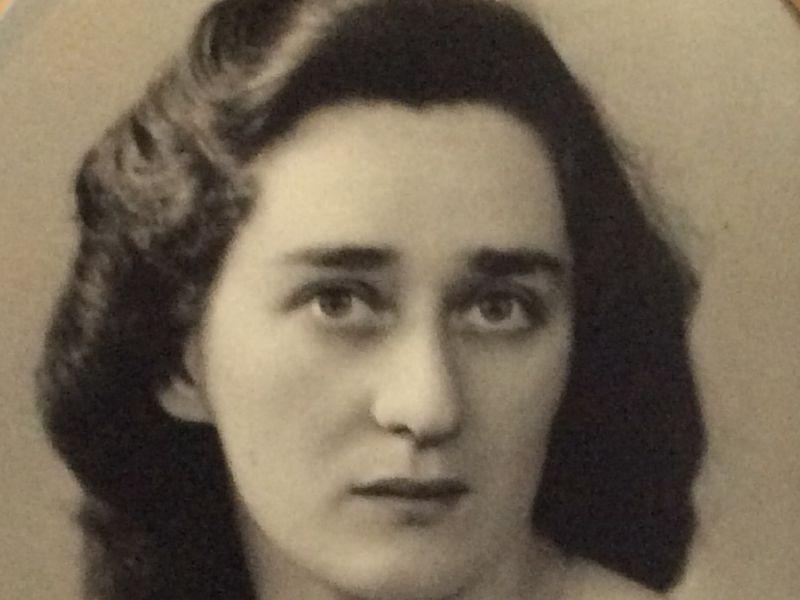 Geraldine and Norah, her twin sister, were the eldest of six children of the late Ada and William Lawless.

She was predeceased by her brother, Pat, sisters, Norah and Nan along with her parents.

She with twin Norah were born in Seatown, but lived virtually all her life in Mulholland Avenue from the 1930s.

The Friary Schools and Church, beside her home, were central to Geraldine’s life. She attended the Friary Girls School and received her secondary education in Saint Vincent’s College.

She spent a good part of the summer in her childhood in Omeath where her grandparents lived.

On leaving school Gerry trained as a seamstress, and was very gifted at the profession.

She worked in the town’s Pinny factory and other local clothing outlets. She also worked in the retail trade with her brother-in-law Phil Lynch in the Spinning Wheel linen shop in Park Street for an extended period.

She was a lady with a deep religious conviction, with a strong devotion to the Rosary, and the Friary Church was a central outlet for the practice of her faith, being a daily Mass goer and was heavily involved in the life of the church, including the decoration of altars.

She made many great friendships through her involvement, both among the clerical community and lay folk.

She employed her great gift as a seamstress to help the less fortunate and under-privileged even beyond the shores of this country.

She loved and lived for her family, and with her happy and all giving nature strove to make all round her happy and make life better for all, including strangers.

She loved holidays with family members and friends. She travelled to many different parts of the world, among which numbered Cypress, Spain and Portugal and Italy, with San Giovanni and the holy shrines of Lourdes and Fatima among her favourite destinations.

Her hobbies included baking, at which she excelled, also sewing and dancing, and loved classical music, reading with her favourite read the weekly magazine “Ireland’s Own”, and enjoyed going to the cinema.

In her younger years she loved cycling, taking trips to Blackrock, Gyles Quay and Omeath.

She adored animals, with family members involved in greyhound breeding, and also kept pigeons, while all sorts of birds and creatures were to be found at the family home.

She loved the GAA, a love passed on doubtless by her father who was a founder member of the Dundalk Gaels club and manager of the Louth team in 1950.Geraldine was a member of the Gaels women's Committee along with her sisters.

She remained active until her final days, doing what she did and loved best in carrying out alterations for fellow residents of Moorehall Lodge, and engaging in her dressmaking as well as flower arranging skills.

After reposing at her home on the Friday, Geraldine’s remains were taken to Saint Patrick’s cathedral on the Saturday morning for Requiem Mass.

The celebrant was Father David Barrins Prior of Saint Malachy’s who delivered a very apt and beautiful eulogy on Geraldine.

Her coffin was borne into the cathedral by her nephews and grandnephews carried her remains out prior to her final journey to her resting place in Saint Patrick’s cemetery.

The Prayers of the Faithful were led by nephews Niall and Ronan Lawless, and nieces Roisín MacCarthaigh and Grainne Watters.

The Offertory gifts were presented at the altar by grandnephew, Liam Lawless and niece-in-law Geraldine Lawless.

Grand-niece Gianna Nordon read a reflection, while the beautiful music was provided by soloist Sarah McCourt and organist Brendan McCourt.

A splendid rendition of Geraldine’s favourite song, “Kevin Barry” was given by Patrick Broderick and Seanie Coleman at the graveside

A special thank you to the staff of Moorehall Lodge for their kindness, love and care to Gerry during her time there. She was very happy there and made many wonderful friends.

The Month's Mind Mass for Geraldine will take place on March 14 at 6.15pm in Saint Malachy’s Church.