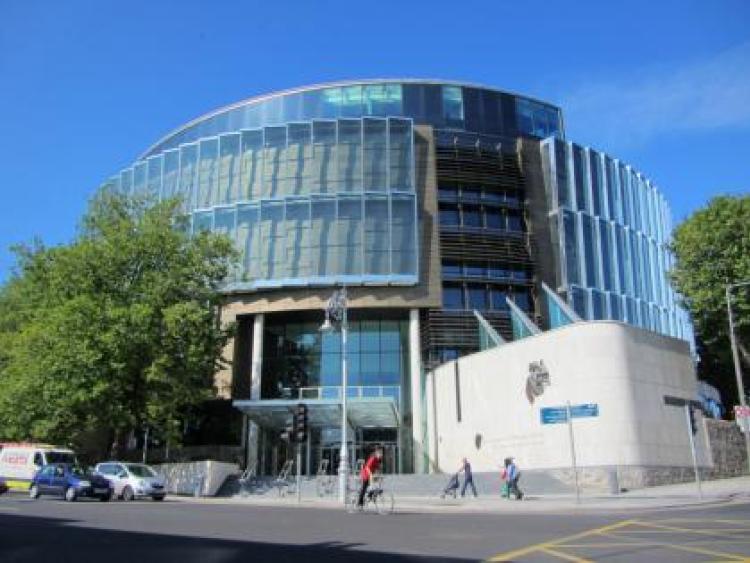 Aaron Brady, who denies the capital murder of Detective Garda Adrian Donohoe, told his girlfriend to "tell the truth" after she lied to police officers about his whereabouts on the night of the shooting, the Central Criminal Court has heard.

Jessica King told the trial that she initially did not tell police the truth because Mr Brady was on bail and under curfew and she didn't want to get him into trouble.

She later realised "what this was about" and when she spoke to Mr Brady on the phone he told her: "Go in and change that and tell the truth".

Ms King also described Mr Brady as a "messer" and "a bit cheeky" and said he was always "smiling and joking". She said he came to her house the night of the shooting and was the same as always. She agreed with defence counsel Michael O'Higgins SC that there was no "bother on him".

She further revealed that when Mr Brady told her he had work that night from 8pm to 10pm she presumed he meant he was working in a diesel laundering yard near her home in south Armagh.

Ms King told Lorcan Staines SC for the prosecution that she started going out with Mr Brady around September 2012. On the 24 January 2013 she said she went to Ridley's nightclub in Dundalk with some friends. Her friend's boyfriend picked them up and they collected Mr Brady along the way but he was "annoyed" that she was wearing "a boy's hat" and wanted to know where she got it from.

She said she had expected that they would go for a house party on nearby Lough Road where Mr Brady sometimes stayed with friends but instead he was dropped off and she went home.

The following day they put the argument behind them and in a series of text exchanges he told her he was working that night loading a lorry.

She understood him to mean he was working in the diesel laundering yard on Concession Road.

She said she later deleted some of those messages before handing her phone to the Police Service of Northern Ireland (PSNI) because she "knew things were a bit more serious" and she was "afraid of getting him in trouble with the diesel and the curfew and I just panicked."

That evening Jade Fitzpatrick called to Ms King's home on Concession Road and they spent the evening in Ms King's bedroom watching a film and looking at shoes on the internet.

At 22.47 that night she received a text from a second phone belonging to Mr Brady saying: "You awake babes.. Sorry other phone went dead couldn't text you." She also missed a call from the same number and she texted him back to say she was awake. He asked if he could call over and she said, yeah. He arrived a short time later, came up to her room and they watched a movie. "We probably had the craic and that was it," she said.

At one point she said Mr Brady went downstairs and came back and said he had seen on the news about the garda who was shot. He didn't say anything else about it, she said.

Mr Brady left at between 2am and 3am when his friend, who drives a BMW, collected him. The witness could not remember if Mr Brady was communicating with anyone else while he was in her house. He was wearing a Liverpool jumper, jeans, white Air Mac runners and his hair was gelled, she added.

She later noticed that Mr Brady had left behind his second phone and texted him to let him know.

The following day she missed a call from Mr Brady's main phone at 13.33 and received a text from him saying "ring me" at 13.41. When she spoke to him he said he had been stopped by the gardai at a checkpoint. He said roads were closed off and it "could be to do with what had happened at the credit union".  He told her he and his friend were questioned about it and he asked her to say that he was at her house "a bit earlier and left a bit earlier in case I get in trouble with the curfew".

Members of the Police Service of Northern Ireland called to Ms King's house and asked if she was Mr Brady's girlfriend and what time he was at her house. She told them he arrived at 19.30 and left at 21.30. She said: "I was afraid of getting him in trouble over the curfew and I didn't realise what it was about."

She said she later corrected the times to the gardai. When asked why she said: "We had realised what this was all about and Aaron said to me on the phone, 'go in and change that and tell the truth.'" Mr Brady arrived at Ms King's home some time around 11pm and left, she said, at about 2.30am.

Ms King also spoke about a phone conversation she had with Mr Brady after he had moved to America. She had been told something about a stolen car that he was involved with some years earlier, before he knew her. She said she was angry about it and he told her he was "a part of it" but named two other men who he said had stolen the car. He said he hadn't ever been in the car and didn't steal the keys for the car.

Asked what would have happened if she thought he was involved in that kind of thing she said: "I wouldn't be with him. He knew that. I just think he knew I wouldn't put up with something like that."

Under cross examination Ms King told Michael O'Higgins SC for the defence that in January 2013 there had been a plan that Mr Brady would buy Ms King's sister's car and give it to her. She said this had caused "hassle" as her parents "weren't too thrilled about the car being bought between sisters". She was, she said, "sick and tired of the car" and by mid-January had decided there was not going to be any deal with the car.

She further agreed with Mr O'Higgins that Mr Brady had emphasised the need for her to tell the truth about the times when he arrived and left her house.

Jessica's mother Alison King told Brendan Grehan SC for the prosecution that she remembered Mr Brady arriving that night while she was watching the Late Late Show. She thought that he left at about 2.45am.

One juror of the 15 who were sworn was discharged today and the trial continues in front of Mr Justice Michael White and a jury of seven men and seven women.