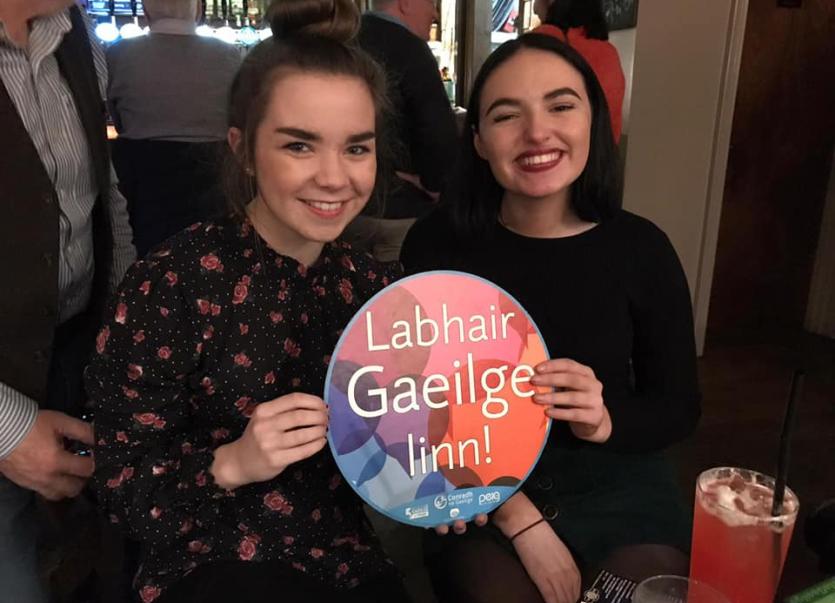 Following the success of the most recent event in late December, Gaeil Lú will be hosting a second 'Ciorcal Comhrá agus Cocktails' event in Russell’s Gin Emporium in Dundalk on March 7 at 7pm.

The event is open to everyone no matter what level of Irish they have, from cúpla focal to fluency. The event takes place during Seachtain na Gaeilge, which runs for the first two weeks in March each year.

The December event attracted a large crowd of local Gaeilgoeirs and Irish language enthusiasts, as Russell’s had a special 2 for €10 offer on cocktails as Gaeilge – “Laigheas an Luan”, a name selected by a member of the public.

The group are again asking members of the public to name a cocktail as Gaeilge to be in with a chance of claiming a free one on the night if your name is chosen.

Email your ideas and any queries to cnag.lu@cnag.ie or check out the event “Ciorcal Comhrá agus Cocktails Dhún Dealgan” on Facebook.

Gaeil Lú is a volunteer group who are working with Conradh na Gaeilge to promote and spread the use of Irish in Co Louth. These events are an important element in the promotion of Irish in Co. Louth and is part of a wider plan to promote Irish in Louth.

The group have recently opened a local Irish speaking Youth Club, Ógras Dhún Dealgan, which operates from the Conradh na Gaeilge building in Seatown place and is open to children from 5th class to 3rd year. Ogra’s provides the children the opportunity to meet friends and play as Gaeilge and encourages them to use Irish in everyday life.

Kayleigh Mulligan, of Gaeil Lú said: “We are delighted to see the level of positivity toward the events we have been holding here in Dundalk. We are working on a number of initiatives to create the space for everyone to use the language, have fun with it and be comfortable in doing so.”

As well as the Pop-Up Gaeltacht/Ciorcal Comhrá agus Cocktails in Russells Gin Emporium on March 7th, there will be a Youth Céilí in the Conradh na Gaeilge building on Monday 16th March at 8.30pm.