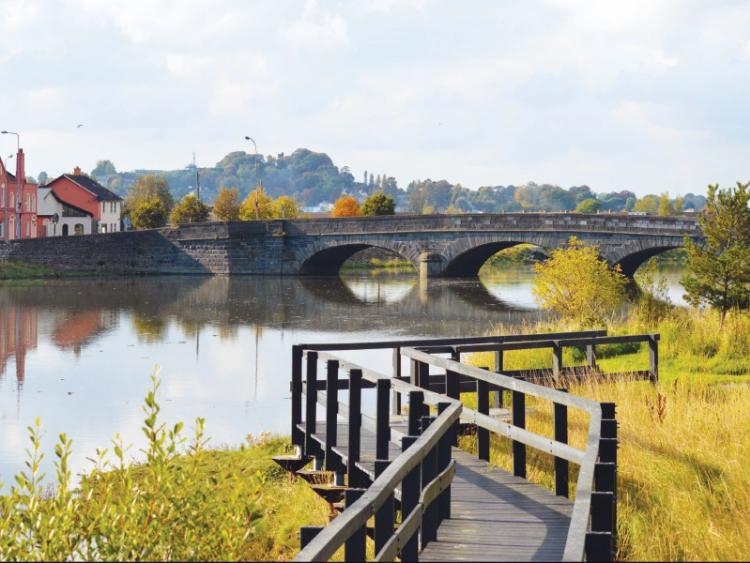 This present year of 2020 marks the 200th anniversary of the opening of what is fondly known by Dundalk people as 'The Big Bridge' over the Castletown River at the end of Bridge Street.

It was built in 1819 with money raised by the Louth Grand Jury under William Parkinson Ruxton of the 'Red House' Ardee, who was the High Sheriff of Louth that year. This about the same time as the present Courthouse building at the Square was being completed. The Grand Jury was composed of prominent landowners who were summoned to meet twice a year, at the time of the beginning of the Spring and the Summer judicial Aussies to deal with legal matters and the maintenance of highways.

The exact date when the public were first allowed to use the bridge is, as far as I am aware, not known but I have read that one of the first vehicles to make the crossing was a steam traction engine and that there were great fears that the device would cause the structure to collapse. As a result a weight restriction was imposed. How this restriction was enforced is not clear, as there were no police in Ireland at the time and law was enforced by local magistrates with the support of the military.

Apparently one of the rules was that a man carrying a red flag should walk in front of any vehicles crossing the bridge and, if the authorities considered that the load was too great, some of the goods would have to be unloaded and carried across by hand after the wagon had passed over. How they controlled herds of heavy animals is another matter which is not recorded that I am aware of but, presumably, the herdsmen were ordered to keep them to a narrow column!

All these worries, however, proved unfounded as the structure has stood up to much heavier vehicles crossing than could have been envisaged two centuries ago. Oddly enough the question of the weight of vehicles using the bridge did come up again only about forty years ago and it did cause the closure of the bridge for a short period! I do not remember the exact date but it was shortly after Ireland became a member of the European Common Market! The matter was raised by the late Councillor Thomas Bellew who pointed out, at a meeting of the Dundalk Urban District Council, that weight and size of the lorries and volume of traffic using the main Dublin-Belfast Road had greatly increased after Ireland joined. The result was that an engineering inspection was ordered and the subsequent report showed that stonework had been damaged and was in some danger of collapse. The new Tain Bridge had not been completed by that time and traffic on the main road had to be diverted over the even older bridge at Toberona while remedial work on the Big Bridge was carried out.

Of course, the heaviest of vehicles were not suitable for this route and some of the traffic between the Island's two main cities was diverted through Ardee or other inland routes.

The work also cost a lot of money that County Louth could not afford but, fortunately, the expenditure was covered by the Department of Local Government!

There are many other stories relating to the 200 year history of Dundalk's 'Big Bridge'. It is sometimes referred to as the 'Newry Road Bridge', for obvious reasons, but its official name is 'The Dundalk Bridge' and has been marked on Ordnance Survey maps of the area by this name since they were first drawn up in the 1830s.

Older maps, commissioned by the Grand Juries of the County, show that there was a bridge at this point in 1777. Some even earlier maps do not indicate a bridge but old print drawings show a five arched stone bridge over the river and some accounts indicated that the present bridge was constructed on the foundations of this older bridge.

Tradition has it that there was a covered wooden bridge spanning the river from the time the walls of the Town were built in late 12th century but no trace of this bridge has ever been discovered. There is, however, an account taken from native Irish sources, of the Battle of Faughart in October 1318 in which it is related that a Scottish knight who had been fighting for Edward Bruce was captured and was being dragged along a causeway leading to the bridge. Apparently he struggled free before he could be taken into Dundalk to be executed or held for ransom and made good his escape to tell the tale.