OBITUARY: Bernadette Toal was a much-loved wife and mother 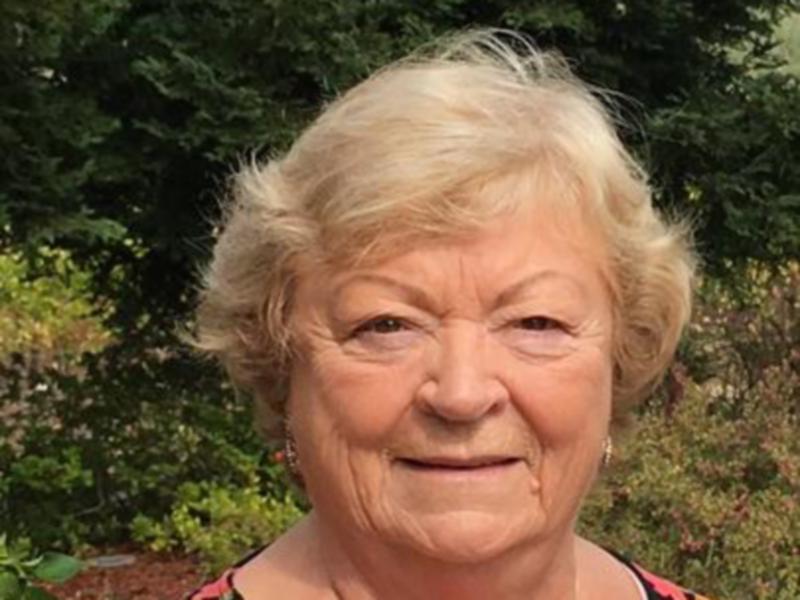 Bernadette Toal, Carrive Road, Forkhill, passed away peacefully on the 1st of December in the tender, loving care of the doctors, nurses and staff of the Mater Private hospital, Dublin.

She was a much loved and loving wife, mother, grand-mother, sister and aunt.

Bernadette, a native of Dublin, was one of six children of John and Kathleen King of Portobello. She was educated at Our Lady’s Secondary School in Harolds Cross and subsequently at the Grafton Academy of Art and Design where she qualified as a Dress Designer.

Prior to her marriage she worked for several leading fashion houses in Dublin including Cassidys, Cater Platt and Donald Davies.

Bernadette met her husband-to-be Frank from Forkhill in 1960 and they were married in Saint Kevin’s Church Harrington Street in July 1967. They lived for a number of years in Forkhill; moved to Dundalk in 1976 and finally settled back in Forkhill, ironically on 1st December 1989.

A lady of happy disposition and great faith, she was totally devoted to her family and especially adored her children and grandchildren.

A very compassionate person, she was a great listener and a source of empathy, comfort, counsel and prayer to very many people over the years.

Her vibrant personality, great sense of humour, fun and laughter were infectious and lit up the daily lives of those around her.

She always made visitors to her home distinctly welcome and special.

She was a superb cook who loved to entertain and socialise with her friends and family. She put her cooking skills to work in the community for more than 25 years on the Meals on Wheels programme run by Dundalk Rotary Club.

As a member and for a period President of the Dundalk Inner Wheel Club, she participated in a wide range of charity projects locally, nationally and internationally.

Bernadette was an avid reader to which the vast number of completed books in her Kindle is testimony, and she had a great spirit of adventure and for travel.

Her great love for her country resulted in frequent family travel and holidays in every county in Ireland.

Her other great love was her garden, meticulously maintained, presenting a wonderful variation of colour throughout the year.

Bernadette was pre-deceased by her parents and by her brothers Sean and Dermot.

Having reposed at her home Bernadette’s Funeral Mass was celebrated, on the 4th of December, in Saint Oliver Plunkett Church, Forkhill followed by burial in Saint Mary’s cemetery Mullaghbawn. Celebrant of the beautiful Requiem Mass was Father Aidan Murphy P.P.

Symbols of Bernadette’s life as narrated by Dearbhla were carried to the altar by her sister-in-law Mary and nieces Cliodhna, Catriona, Grainne, Carol and Valerie. Readings were by grandchildren Conor and Cate; Prayers of the Faithful by daughter-in-law Carrie and nieces Geraldine and Patricia, and two of Bernadette’s close friends Elma Dwyer and Sally McGahon carried the Gifts to the altar in the Offertory Procession.

The beautiful music and singing was by Brendan and Sarah McCourt.