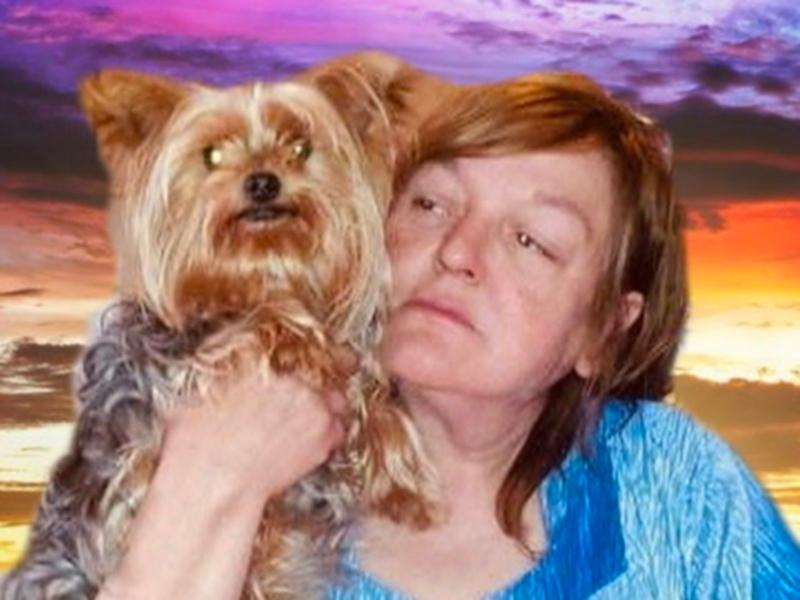 Maureen Kelly was the youngest of 12 children born in Northamptonshire, England who moved to and took up residence in Dundalk after she married in 1980 and spent the rest of her life here.

She and husband Joe built a house in Bellurgan and went to live there with their two children Carol and Josephine. The family expanded with the arrival of two more children, Grace and Joseph.

Maureen worked in the Ballymascanlon House for many years, and her children, in turn, went to work there for a while too. When the children were growing up, Maureen was family-focused, devoted to her family, and it was a fun, loving home, where everyone was given a warm welcome. Maureen always loved making good dinners for the family from scratch, from Yorkshire puddings, steak and kidney pies, dumplings, and stew. No one went hungry in the Kelly house.

Sadly, life changed direction for Maureen a number of years ago, and she began to lose her way with alcohol. She battled for many years but her life was forever changed. She lived in many different places over the years. Husband Joe then passed away in 2018 after a long battle with cancer.

She lived for a time with her daughter Carol and husband Nick and daughter Josephine and partner Gary and their children.

Maureen’s last home was in Saint Joseph’s Park, and she seemed happy and settled there. She was besotted by her little Yorkshire terrier dog “Kelly,” who was her best pal for over 11 years. Kelly’s death only four months ago hit Maureen hard, and she really was lost without her beloved little baby.

Last year, Maureen was doing well. She was quite controlled, and was trying hard to keep on track. But she had developed COPD, and entered hospital for treatment for a few weeks.

On Friday December 20 she had enough. She signed herself out, against all medical advice. She wanted to be home for Christmas, but passed away suddenly, early the next morning. This was shocking and incredibly painful for her family, friends and all who loved her to lose her like that.

Maureen loved gardening, and was always creative, painting garden gnomes or chairs or doing the sewing for the family. She was a bit of a soap addict and she hated that she couldn’t watch the soaps whenever she was in hospital.

Maureen also loved bingo, but as her health deteriorated was unable to go to play. So she was on her Kindle and her phone playing her games.

She was also a huge fan of Christmas and Disney movies, and she collected literally hundreds of movies on DVD.

Maureen loved being a grandmother, and she was very close to Josephine’s boys, Lee, Thomas, Kyle and especially little Tadhg… and he adored his nanny too! Tadhg was always ready to give his nanny a big kiss… and always ready to wreck her house. They shared a special bond; it was lovely to see them together.

Maureen was a strong-willed and warm woman, who never lost her distinctive English accent. She was a bit of a rebel throughout her life, and if she liked something, she often became passionate about it. Some things she was passionate about were good for her…some were not.

She will be sadly missed by her brothers and sisters, her children and grandchildren, her nieces and nephews, in-laws, wider family and by all those who called her ‘friend’.

Maureen was born on May 2 1955 to parents, Leonard and Eva Purser. The family lived on a farm, where dad Leonard worked as a labourer. As the youngest many of Maureen’s 11 older brothers and sisters were already out working when she was a child.

So being the youngest she was doted on especially by Leonard, the oldest. She also loved going to stay with big sisters Eva or Eileen who had homes of their own.

Maureen was a bit spoiled and was indulged by her older siblings, and she usually got her own way! She hated school with a passion, and she would try everything she could to avoid going into a classroom.

She left school as soon as she could and went to work in a local sewing factory. Maureen was always creative and good with her hands, and she used the skills she learned during that time in later life, doing all the mending and alterations for her own family.

Maureen met Joe Kelly, an Irish man who was working as a builder, in a pub in the early 70s. They married and lived in Peterborough for a few years, before moving to Ireland. They bought a site in Bellurgan beside the sea.

Maureen’s family from the UK would often visit during those years. Niece, Jenny has lovely memories of holidays with the Kellys, including memories of sharing a bed with the children in a mobile home while they were building the house in Bellurgan.

Maureen as per her wishes was waked in Dixons funeral home, on Friday December 27 2019 and removed for cremation to Dardistown crematorium chapel on Saturday December 28.

The entrance music was “Stand beside me”, by Daniel O Donnell, with the

A poem “Remember Me” was read by niece Jennifer Murphy representing family from England.

A tribute to Maureen was read by Clair.

The committal song was “I Remember You Singing This Song Ma” by Finbarr Furey. The parting song was “Save All Your Kisses for me” by Brotherhood of Man.

Daughter Carol and husband Nick, daughter Josephine and partner Gary would like to thank everyone who took care of Maureen over recent years, and who did as much as they could to help her, including Women’s Aid, Cluan Mhuire, the Simon Community and the staff in Drogheda Hospital. Also they extend, a special thanks to the celebrant Clair O Reilly Mullen and Dixons Funeral Directors for a wonderful service.