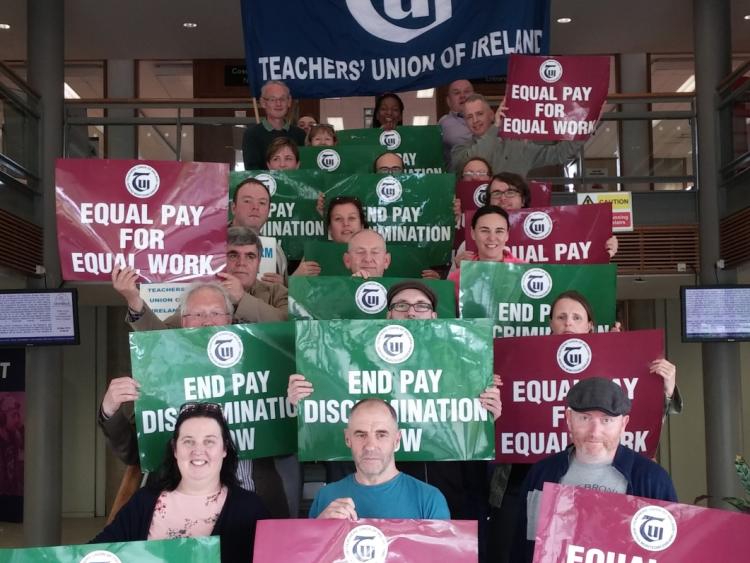 TUI staff to proceed with strike action tomorrow at Dundalk IT

Teaching staff at both Dundalk Institute of Technology (DkIT) and O’Fiaich College & Institute of Further Education are set to engage in strike action tomorrow (Tuesday), after talks at the Workplace Relations Commission failed to produce any progress in a long running dispute over what the Teachers Union of Ireland (TUI) describe as "pay discrimination".

The dispute has been ongoing since 2010 when the Government introduced a reduced pay scale which saw new educators commencing on a lower pay scale than their colleagues.

Unions have campaigned against the "discriminatory" pay scale, highlighting it equated to a pay cut in excess of €50,000 over the first 10 years of a new recruit’s career.

TUI President Seamus Lahart explained why the Union felt it had no other option stating:

"We have exhausted every avenue open to us to bring this matter to resolution and have been left with no choice but to take strike action over the ongoing scandal of pay discrimination."

Commenting on the negotiations with the Government, Lahart stated:

"Regrettably, the commitment made by Minister McHugh last April that the issue of pay inequality would finally be addressed has not been honoured.

"The approach of the Minister and his Government since then has been to completely ignore the issue in the hope that it would somehow disappear."

In October 2019, TUI members voted by a margin of 92% to 8% to engage in a campaign of industrial action demanding the Government immediately return all members to the agreed pay scale, with the Union announcing in November that it would take strike action in February unless the matter was resolved.

"We are making it clear today that our campaign will continue until pay discrimination has been eliminated. Discrimination has no place in our schools. Paying colleagues different rates for carrying out the same work is morally wrong."