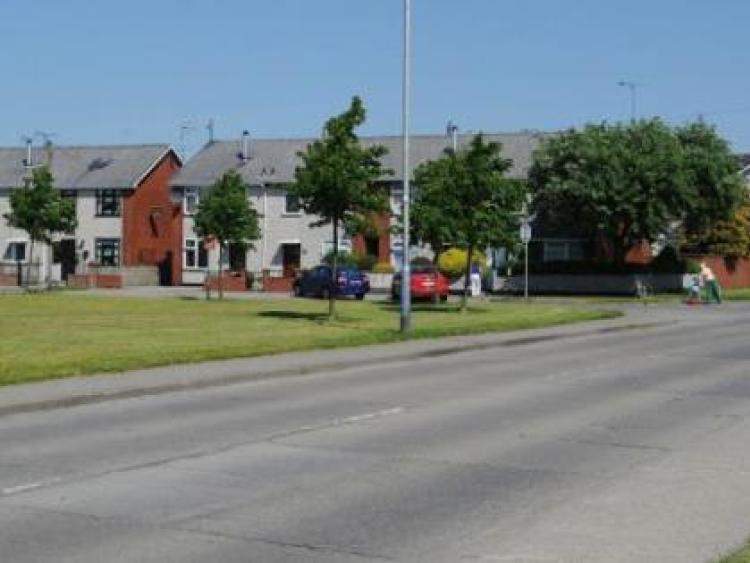 It must be difficult now for most Dundalk people to imagine what that part of Dundalk west of the Clarke Railway Station looked like back seventy years ago.

I can recall standing on the platform of the Station back in the late 1940s waiting for a train from Dublin to take me and my siblings to Portadown where we would change for another train travelling to Derry.

Back then the view westwards was of a green parkland stretching from the back of the houses at Carrick Road over to the Castletown Road. My memory is of an undulating landscape, dotted with little hills and hollows which has now become filled with houses and a church building overlooking the area.

Move forward another twenty years and I read in a report in the 'Democrat' of January 1971 that – 'The new Cox's Demesne Housing Estate, the largest housing scheme ever to be built in Dundalk, was blessed by Cardinal William Conway and officially opened by Mr. R. Molloy, Minister of Local Government'. That brief report covers a transformation of that part of Dundalk which was once part of Lord Roden Demesne in Dundalk!

The late Canice O'Mahony, who was Assistant Engineer and later Town Surveyor for the Dundalk Urban Council during much of that period, writing in a Souvenir brochure celebrating Silver Jubilee of the opening of the Church of the Redeemer in July 1969 says ---- 'In 1950 the Dundalk Urban Council had the foresight to take the decision to purchase this 200-acre Demesne. After prolonged negotiations, it was eventually acquired in 1951.'

Canice himself built one of the first private houses on that land and he was later followed by many others who took advantage of an offer, for a very nominal figure, by the Urban Council of plots to build their homes on what was to become the Ard Easmuinn Estate.

It was not until 1958, however, that the Council itself, began the construction of the 156 house Marian Park Housing Estate.

Interestingly, Canice reveals in his excellent book 'An Engineer Remembers' that --- 'The scheme was delayed for two years because the Department of Local Government would not sanction the original tender price of £1,600 per housing unit. Saving had to be effected to reduce this total to £1,500.' Those houses are worth a lot more money today and were, I believe, a great asset to the town of Dundalk!

The first section of the Cox's Demesne scheme, mentioned in the 'Democrat' report I quoted, was not started until 1967 and the last section completed in 1975. These four schemes, totalling 623 houses, were all built by the firm of McCaughey Brothers, originally from Dungannon, who were to make their homes in Dundalk and went on to build many other houses in Dundalk.