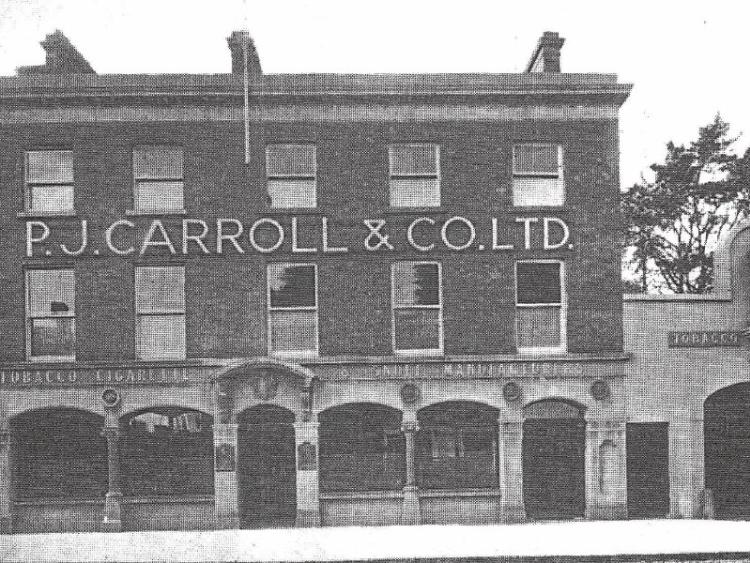 How tobacco smoking shaped Dundalk as we know it today

Reading recently about how the public attitude towards vegetarianism, and it's more extreme practice veganism, has changed so much since the beginning of the present century has reminded me how much the feelings of Dundalk people about smoking tobacco over my own lifetime. When I was a young lad nearly everybody in Town smoked, especially the boys when they became old enough to wear long pants. Girls smoked also but, generally, not in public places. In fact, it was considered as being disloyal to the town if you did not smoke or even objected to it in the workplace!

The reason for this was simple enough because, for a very long time, the tobacco industry was the leading employment provider in Dundalk and district; and it lasted for even longer than work in connection with the railway system in these parts! Did you know that, at the height of its popularity, smoking tobacco provided employment for nearly 800 persons in the Town and the P.J. Carroll company also had a factory in Liverpool and offices and stores in Dublin? In fact, one of the great worries at the time of the establishment of the State was that the tobacco factory might leave Dundalk because of the establishment of the Border.

It all started shortly after the railway lines first came to Dundalk and, perhaps, it was because of this new development in transport the industry began to thrive because it became easier for the raw material to be brought here to be processed and for the finished product to be exported!

Tobacco for pipe smoking was sold in Dundalk from long before the first railway lines reached Dundalk. One of the earliest photographs of Dundalk Market Square which I have seen, probably taken around 1850, shows a man with a small cart, parked on the Square from which, it was claimed, he was selling tobacco. Whether this was true or not, I cannot verify, but Padraic Ua Dubhtaigh in his 'Book of Dundalk', published in 1946, writes ---

'Tobacco manufacture has, for a long time been a Dundalk specialty. There were originally two tobacco factories in the town. The larger of these was established by Mr. James Carroll in Earl Street. He retired from business in 1853 and, as a result, the local customs receipts from tobacco slumped by £12,000 (a valuable amount 170 years ago). The other factory had been established by Mr. P.J. Carroll (his cousin) in Church Street in 1824.'

It was from this factory, as nearly every Dundalk schoolchild used to know, sprung the great Dundalk tobacco industry that lasted for the best part of two centuries! What they might not have known was that this Patrick J. Carroll was nephew on his mother's side of Anthony Marmion who was one of two Dundalk men executed in Drogheda for their part in the 1798 Rebellion and in whose memory the 'Maid of Erin' Monument at Courthouse Square was erected a century later.

Ua Dubhtaigh goes on to write that --- 'Mr. Carroll was succeeded by his son Vincent S. Carroll who was the first to introduce machinery to the manufacture (industry) in the town. The plant was obtained from the local Iron Works (Shekleton's later Manisty's Foundry at the Market Square) and included a 30 h.p. Engine. The factory premises (at Church Street) were virtually re-built in 1911, following a fire. In 1914 a private company was formed and in 1934 a public issue of shares was made.'

The P.J. Carroll company continued to thrive after the 'Book of Dundalk' was published and the period after World War Two saw the tobacco industry in Dundalk reach the peak of its achievement with the building of a new state of the art factory at Dublin Road where the production moved in 1970. This factory closed in 2006 but its legacy was that the premises are now being used as part of the Dundalk Institute of Technology campus.

Another great legacy of the P.J. Carroll company to Dundalk was the donation of its bonded warehouse premises at Jocelyn Street to the Dundalk Urban District Council to the people of Dundalk which now houses the Louth County Museum.

Unfortunately, the industry declined after the outbreak of the war in the Middle East between Iraq and Iran which still has its echoes to the present day. The company lost much of its valuable overseas exports as a result of that conflict but, perhaps, the demise of the tobacco industry worldwide was more due to health issues than any other factor.

There is much more I could write about the effect of tobacco smoking on Dundalk, including the efforts of the De Valera Government during the World War 11 Emergency to promote tobacco growing in the area, but I do not have space in these notes. Perhaps, I might be permitted to return to the subject later?

Dundalk lost more than most other parts of Ireland and, indeed, many other countries, due to the decline of the tobacco industry but the Town still owes a lot, for good or ill, to the rise and fall of the tobacco smoking habit!