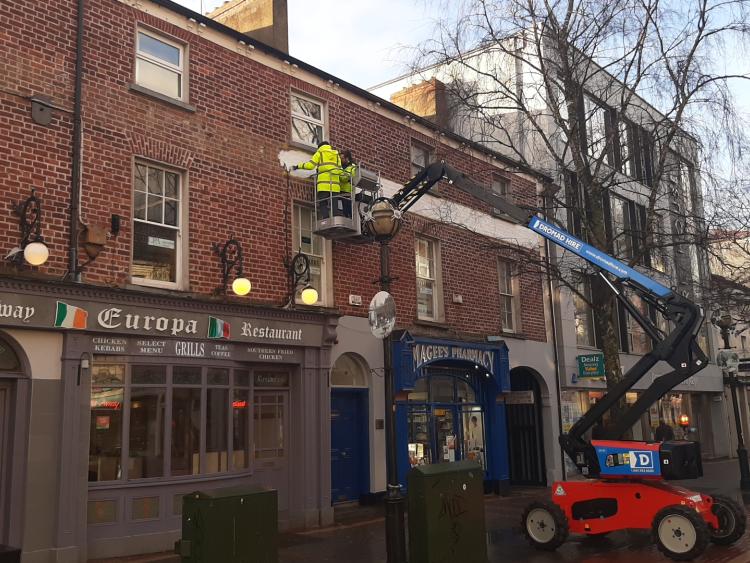 Dundalk BIDS have begun a project on Earl Street in Dundalk this week, to restore the old signage from days gone by on a number of buildings on the street.

The idea for the project began last year when local photographer Darren Rafferty was compiling photos for his annual calendar. 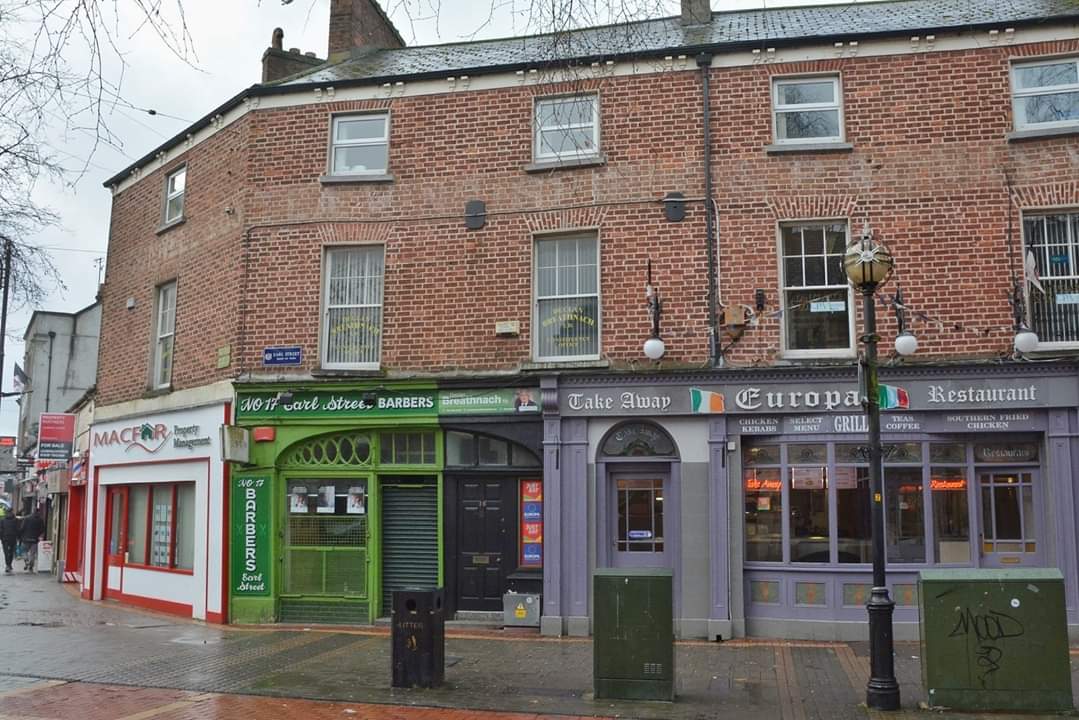 Darren noticed the faded lettering, as can be seen in the image above and began doing some research on its origins. His search led him to the Dundalk Northend and Friends Facebook page - a treasure trove of images of Dundalk and north Louth over the years, where he found an image of the buildings with the original signage (below). 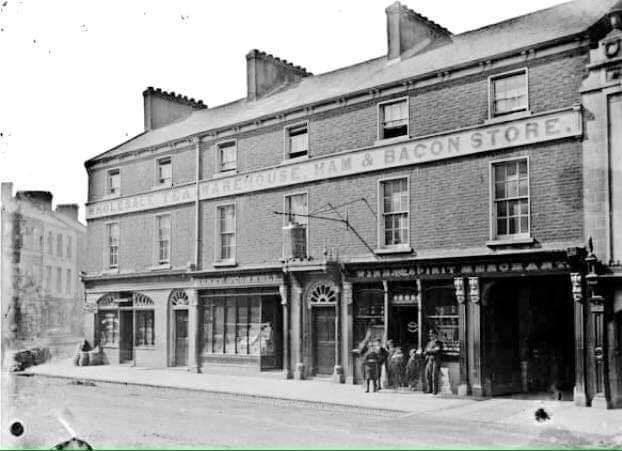 Darran approached Martin McElligiott from Dundalk BIDS who is also one of the founders of Seek, the contemporary urban arts festival that began in Dundalk last year, and raised the idea of restoring the old signage with Martin and enquired as to how it might be done.

Martin took over from there and after liaising with the building proprietors, the project got the go ahead just before Christmas.