Gerry Adams ‘emotional’ as he steps down from Louth TD role 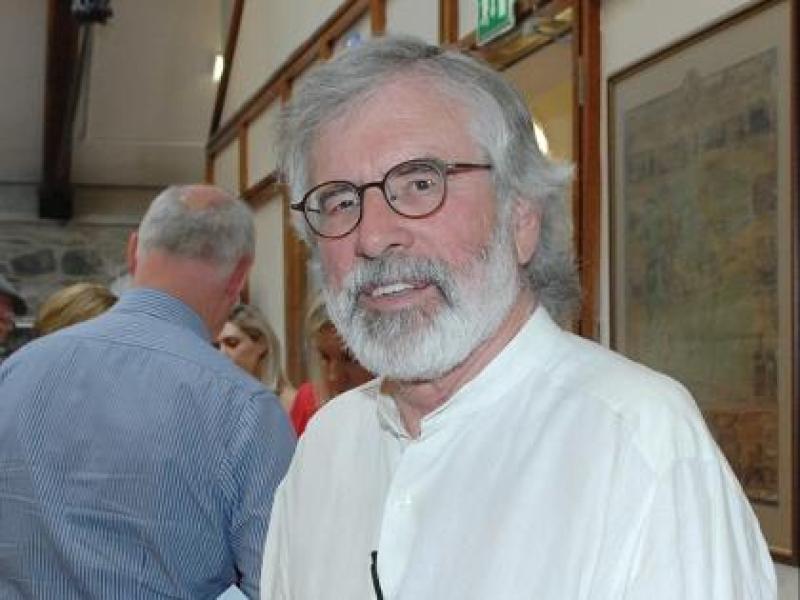 Former Louth TD Gerry Adams has confessed to being “emotional” at the prospect of stepping back as a TD for Louth after nine years serving the county.

Gerry Adams was addressing a party meeting in Dundalk where he briefed activists on the successful negotiation to restore the political institutions in the North.

Mr Adams said: “As my term as a TD for Louth comes to an end I have to confess to being emotional about departing after serving the people of this constituency for nine years.

"I am deeply indebted to the citizens who elected me in 2011 and again in 2016 with Imelda Munster. I want to thank all of them and also my comrades in Sinn Fein.

"Throughout my nine years in Louth my endeavour was to keep a national focus while delivering locally.

"This included developing alternatives to Brexit, advancing the national cause, co-operating with neighbouring border counties and campaigning for projects like Narrow Water Bridge which as recently as last week we succeeded in getting into the ‘New Decade, New Approach’ agreement which enabled the re-establishment of the power-sharing government at Stormont.

"Locally we concentrated on improving the provision of public services – particularly the provision of a Primary Care Centre in Dundalk, Mental Health services, housing provision, a new county ground for the GAA, and much more.

"Sinn Féin, along with civil society and organisations like Border Communities Against Brexit has worked hard to ensure that there will be no physical infrastructure reinforcing the border dividing Ireland.

"But there is much more work to been done to protect our economies North and South and to oppose the efforts by the British to dilute the rights agenda in the North."