Come fly with me - in Dromiskin... 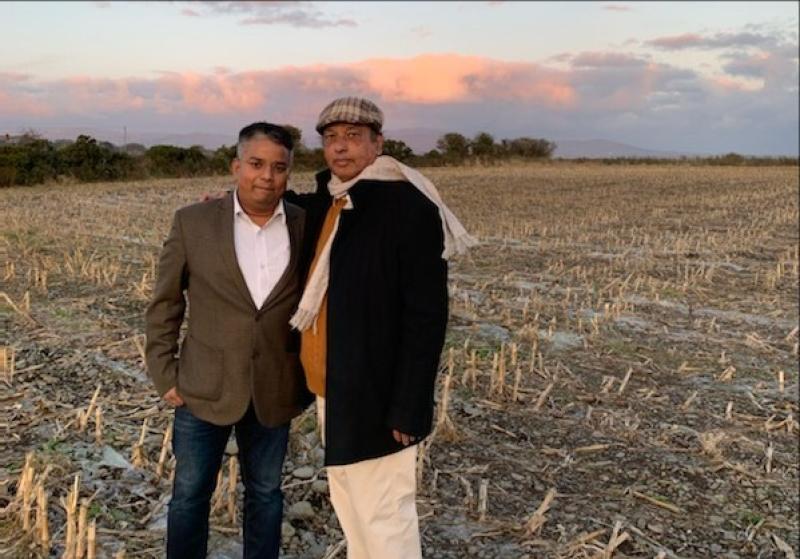 A Dundalk doctor is planning to reopen an old airfield outside Dromiskin for use in medical emergencies.

Dr Mahapatra wants the airfield to be used to facilitate medical flights in both light aircraft and helicopters.
He argues that airlifting patients in need of urgent care to Beaumont Hospital is better than transporting them in ambulances, due to the congestion along the M1 and in Dublin.

“What happens when there are emergencies where neither the Louth hospital staff or the Drogheda hospital staff can deal with it?” said Dr Mahapatra. He uses the example of severe spinal and brain injuries, which are unable to be treated in any hospital in Louth.

The land on Marsh Farm is being provided to Dr Mahapatra by the Lambe family, although a formal lease is yet to be signed.

The site at Marsh Farm is currently unfit for flights, as the ground is yet to be levelled.

Alongside this, there is a hump in the middle of the strip and this will need to be removed before the land can be flattened.

It is expected that flattening the strip will take between two to three months, with Dr Mahapatra aiming to open the community airport by April or May.

With the main purpose of the airfield being to facilitate medical emergencies, Dr Mahapatra wants to operate the entire facility for free. He plans to allow anyone to store their aircraft there, rather than paying for the service in Dublin Airport.

“Flying is costly,” says Dr Mahapatra, “and people who are enthusiastic in the surrounding area in Co Louth have to travel to Dublin to access an airport to do flying [sic].”

As well as this, Dr Mahapatra wants to see a flying school created. With takeoffs and landings being more consistent this way, the site would be better maintained. With these facilities in mind, the estimated cost of running the airport would be €10,000 annually according to Dr Mahapatra.

“We’ll have to have some sort of means for raising that money,” said Dr Mahapatra.

If the €10,000 was accumulated, Dr Mahapatra could see the strip being upgraded from a hard grass strip to a tarmac strip, allowing for all-weather takeoffs.

Night takeoffs and landings are unlikely, however, as there won’t be lights to facilitate them.

The land, Marsh Farm, was previously used by Dundalk Aero Club as an airstrip for light aircraft.