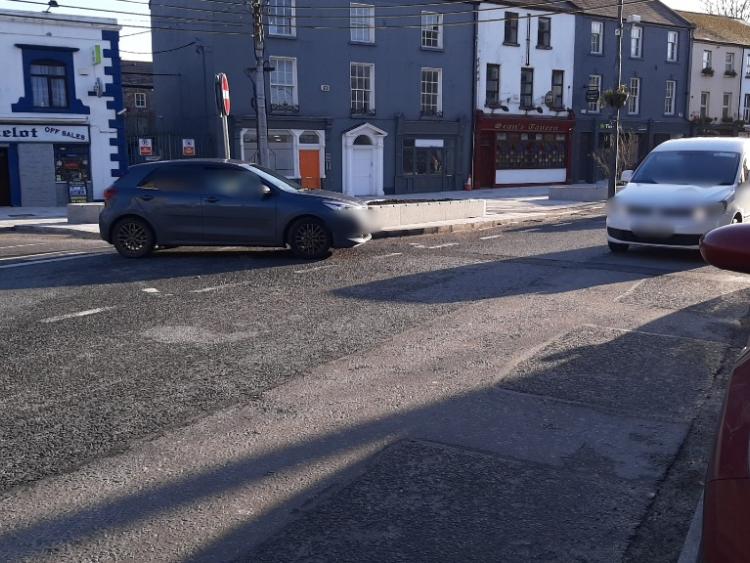 A number of motorists have voiced their frustration in recent days over the new traffic layout on Church Street in Dundalk.

The Democrat has spoke to some, who have said that as a result of the narrowing of Church Street, some vehicles are having difficulty in getting past approaching traffic in the next lane.

One motorist said that while driving from Linenhall Street this week to get onto Church Street, traffic was being held up as the narrower layout on Church Street, around the Patrick Street/Church Street/Bridge Street junction, was too narrow to allow a large van pass by a car.

Those people the Democrat have spoken to have said however, that they welcome the new works, and the area will be much improved when the works are complete.

The Democrat has also been made aware of at least one incident, where a motorist seemed to be unaware of the new layout, and had driven onto the new pedestrian area outside the front of The Camelot bar (below). 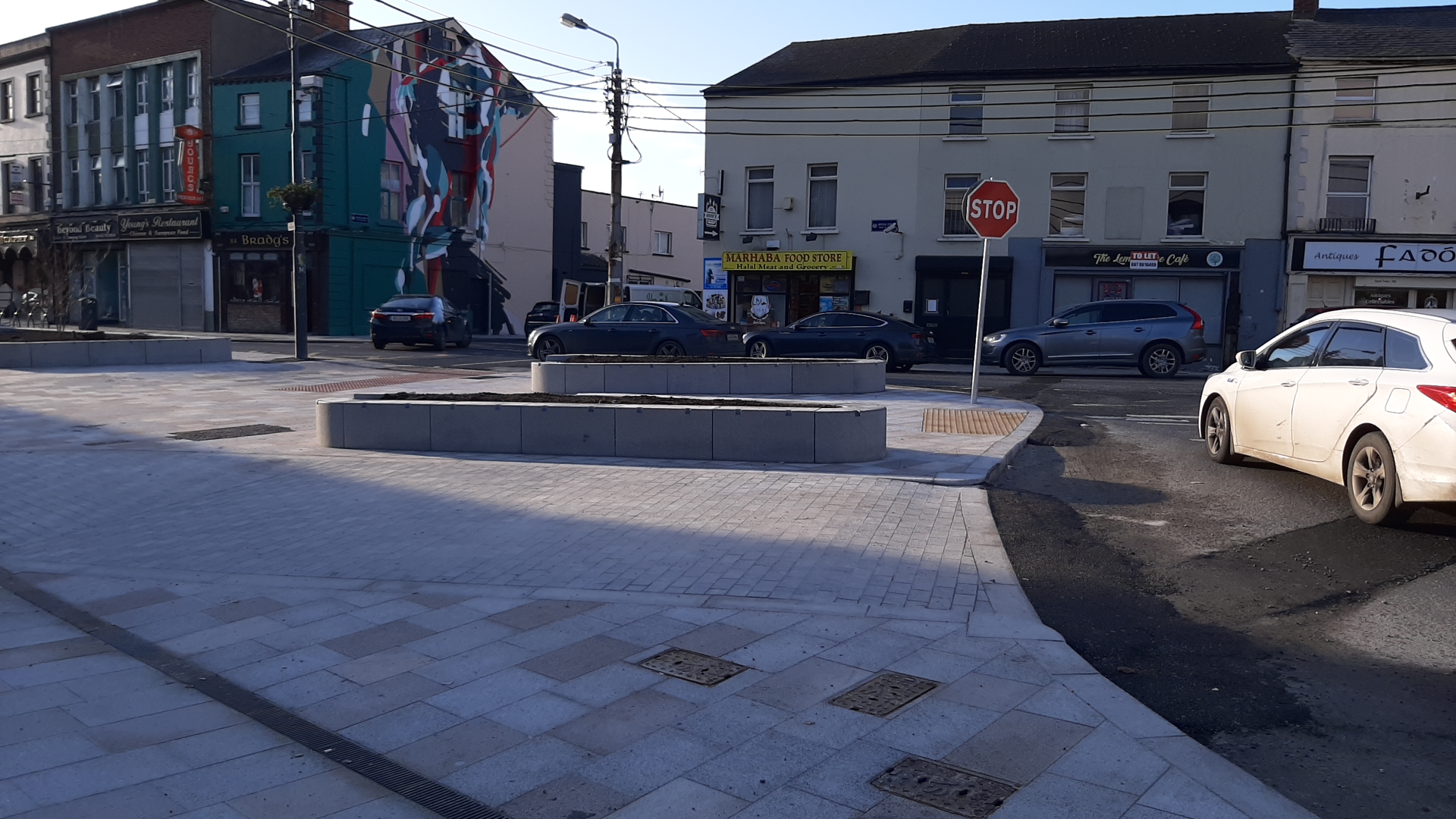 While these may be teething issues that will improve as motorists become to the new layout, some are concerned that it could result in traffic delays at rush hour.

Have you found any issues with the new layout?