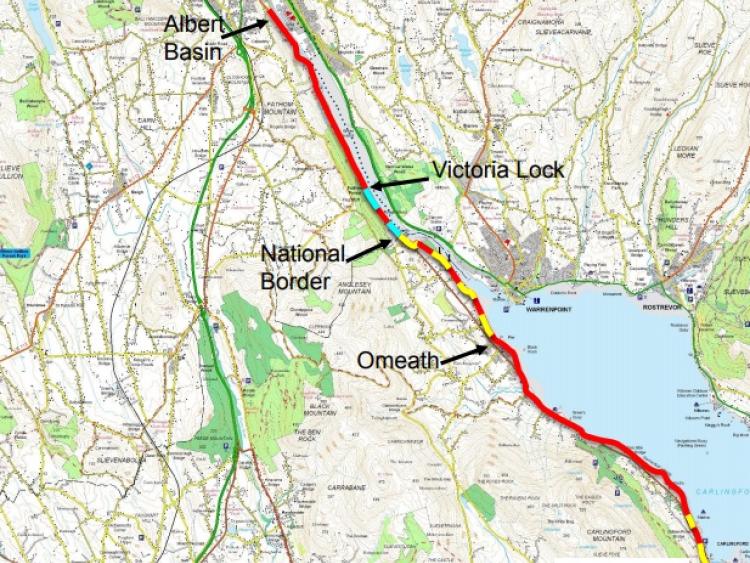 Councillors at the Dundalk Municipal District December meeting postponed making a decision on plans for the continuation of the Carlingford-Omeath greenway which would link the greenway to Carlingford Village and on to Newry.

Due to a number of issues landowners had with the plans, including loss of privacy and devaluation of land, councillors deferred the decision until the next meeting on January 7.

The meeting heard that funding for the project, which includes construction north and south of the border, has been secured until 2023

Cllr Erin McGreehan, who has been engaging with stakeholders, including landowners, spoke to the Democrat following the meeting.

“We all believe this is a once in a lifetime opportunity, the Council, landowners and everyone involved wish for it to go ahead,” stressed Cllr McGreehan.

“However, like many projects, there are negotiations and discussions. This is the reason for the postponement, negotiations on a particular section are still ongoing.

“One of the issues is how the proposed route goes onto a public road for a section of it. I have safety concerns with this. This section of the route can be taken more direct and this could part of the compromise.”

“It is important and necessary that the best route is taken and that there is a proper balance of burden on the landowners”, Cllr McGreehan continued.

“The Greenway is such a fantastic amenity for locals and tourists and it is a real asset to our area, in one of the most beautiful parts of the country.

“We are very lucky that we are going to get this. The Council have done a great job on the existing Greenway and the current plans, this delay in the Councils decision is to ensure that a fair agreement can be met.”