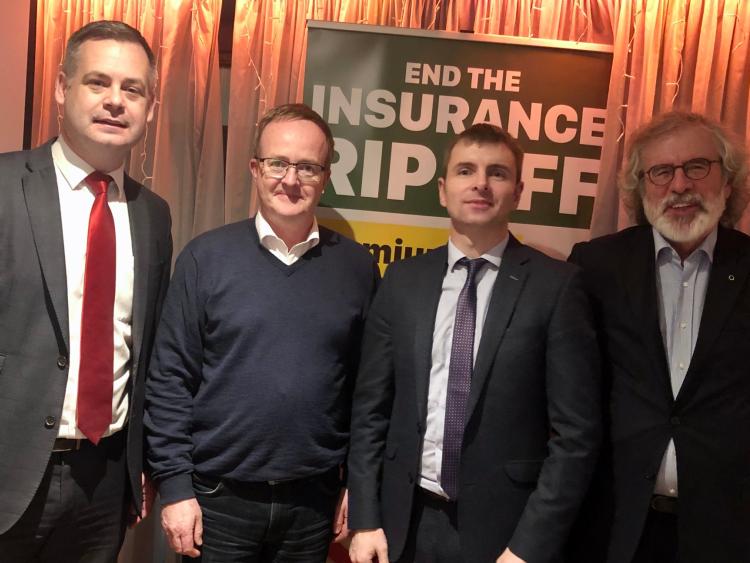 Sinn Féin councillor Ruairí Ó Murchú has described his "astonishment" at personal testimony from people in Dundalk regarding the insurance industry.

The general election candidate for Louth was speaking following a public meeting ‘Insurance – Stop the Rip Off’ which Sinn Féin held in the Imperial Hotel, Dundalk last night.

“Insurance costs have become extortionate, ripping off consumers and closing down businesses. I have met with individuals and business owners in Louth who have had to severely restrict their business in order to secure and afford insurance.

“The insurance industry tells us our premiums are going up because of the number and value of claims is rising. But their numbers don’t stack up.

“Another man flagged up the refusal of insurance companies to take account of a no claims bonus when insuring a business vehicle.

“A woman said that she was with her insurer for 13 years and despite never having made a claim her insurance jumped from €800 to €3000.

“Unfortunately these are not unique cases and that’s why Sinn Féin wants to take on the industry and end the rip off."

“Tonight Pearse Doherty outlined Sinn Féin’s plan for insurance reform which would stamp out fraud, protect consumers, ban price discrimination by the industry and reduce premiums for everyone.

“We want to  introduce the following 5 reforms which would ensure fair play for consumers.