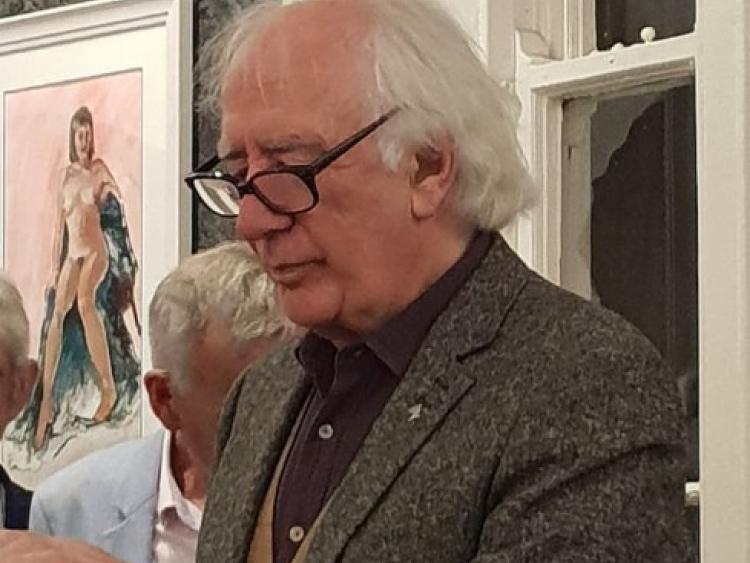 Described as “a poet for the New Ireland”, Ravensdale poet Michael McDermott, launched his first book of poetry and short stories recently, and has invited the public along to Russell’s Bar on Park Street in Dundalk, on Monday December 9 at 8pm, to listen to readings from his book, by some well-known local personalities.

The book, which costs €10, is available in select Dublin bookshops and at Roe River Books, Park Street, Dundalk, or can be bought by visiting the author’s website address; michael-mcdermott.net.

Michael launched the book, entitled ‘(Lay down your phone) To Ride A Poem,’ at The United Arts Club in Dublin recently, where the County Louth writer and friends read short pieces from it.

Michael’s granddaughter Renee, also gave a reading on the night, when she read her own poem, also contained in the book.

Michael believes that  this enchanting book, containing fifty poems and twelve short stories, plus additional writings would make the ideal entertaining, positive, lasting Christmas present for young and old. His short stories are mostly about the cultural changes which have taken place in Ireland over the past fifty years

As he says himself, “as its title suggests, it should be in every handbag, in every pocket and on every waiting room table in the country to lift the reader out of the mundane situations of everyday life, and as a worthwhile, substantial, empowering alternative to constantly fiddling with the phone.”