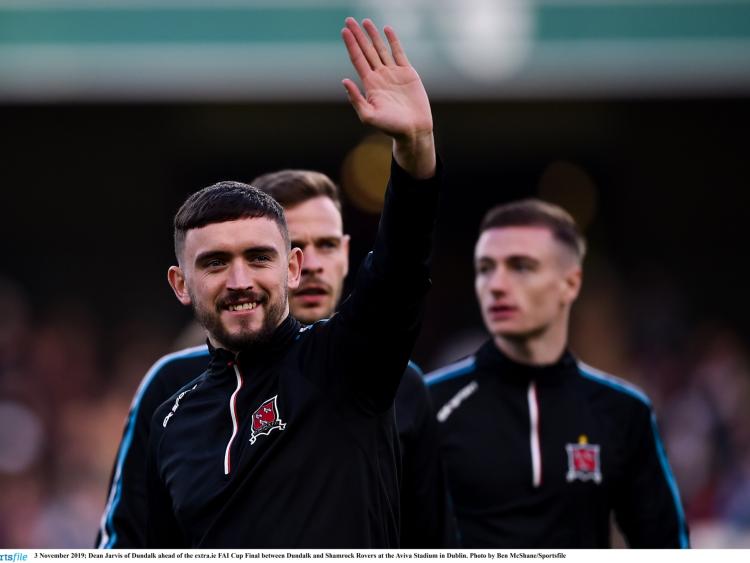 However, the 27-year-old Derry native will not be eligible to line out for the side currently occupying sixth-place in the Danske Bank Premiership until the UK’s transfer window opens on January 1st.

Jarvis had previously stated that his time at Dundalk was the “best in my career to date” having picked up back-to-back SSE Airtricity League medals as well as FAI Cup and EA Sports Cup honours.

Larne have another former Dundalk player in their ranks in Brazilian-born Pablo Cavalcante, and Jarvis is very much excited about the plans that manager Kenny Bruce has in place for the Invermen.

“The club are obviously on a journey and I want to be a part of that,” Jarvis said.

“It’s only the start of where the club wants to go and the club feel they can really push on over the next couple of years.

“It’s clear from speaking to Tiernan and Kenny, that there is a really tight-knit community here and the team are a big part of it.

“It’s a different challenge for me, playing in the Premiership of the Irish League now, and I’ve kept an eye on it over the last few weeks, including watching the Larne matches. I’m excited to get going.”

Jarvis joined Dundalk ahead of 2018 season after spells with Aberdeen, Institute and Derry City – the latter for which he made over a century of appearances.