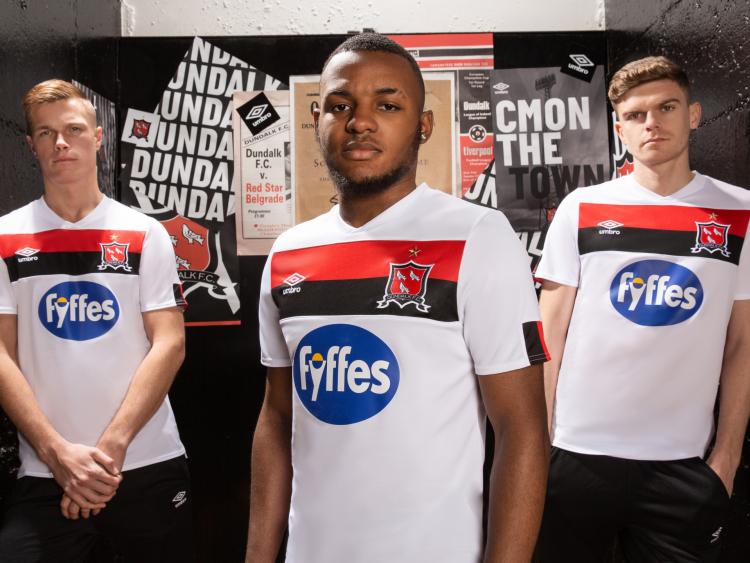 Dundalk Football Club have revealed the new 2020 home jersey today and have announced that Umbro are the club’s new official kit supplier.

Revealing the new jersey on the Club's website today, the club say they have signed a multi-year deal with the iconic football brand, who will supply the club with teamwear and training wear for the senior men’s, academy and girls’ teams from the 2020 season.

Vinny Perth’s squad will head into next year’s campaign as the dominant force in Irish football, seeking a sixth league title in seven years – a period of success that began in the distinctive double-diamond shirts of Umbro, who were Dundalk’s kit supplier from 2007 to 2015.

The 2020 home jersey, which is revealed today, incorporates a clean white, black and red design and a stylised v-cut neckline. The white shirt, engineered using a polyester 1×1 micro rib fabric, features a chest band in black and red and matching details on each sleeve.

Dundalk FC first team players will be modelling the jersey at Oriel Park on Saturday November 30, part of the big Christmas opening of the Dundalk FC shop, which will have the new Umbro range in stock for all ages ahead of the festive season. Supporters will also be able to purchase all stock online at dundalkfc.com or umbro.ie.