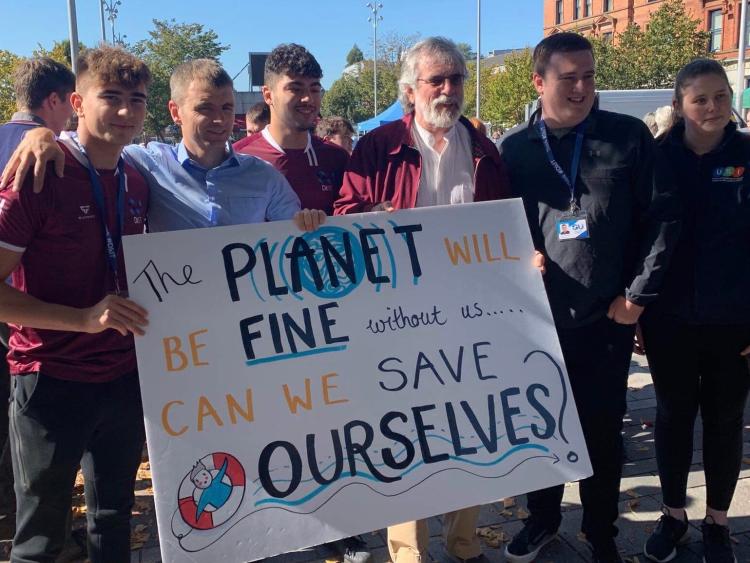 In a statement issued this afternoon, Deputy Adams said:

“Sinn Féin fully supports the young people who are demanding that politicians do more to tackle climate change. The ‘Fridays for Future’ movement has put the issue of climate change at the top of the political agenda and the recent declaration of the Dáil to declare a climate emergency is a welcome initiative. However, the government needs to do more.

"Four years ago 197 countries came together in Paris to map out an agreement to challenge climate change. A series of reports by international bodies over recent years have highlighted the grave dangers facing humanity.

"According to the UN Intergovernmental Panel on Climate Change (IPCC) the world has only 12 years to limit climate change before humanity faces extreme droughts, heat, floods, increased food insecurity and water supply, and increased poverty for hundreds of millions of citizens.

"Any strategies to tackle climate change must be rooted in the principles of social justice and equality. Ireland and the EU need to significantly step up our climate change commitments and challenge the big polluters. Market solutions haven’t worked.  Carbon taxes don’t work.”

“The government’s Climate Action Plan lacks ambition and will not address the substantive issues of pollution, over-consumption, or corporate responsibility.

Sinn Féin’s approach is clear; we want to see 80% of our energy produced by renewables by 2030.This has to be done in a manner that protects lower income families and ensures that ordinary people do not carry an unjust share of the burden.

Sinn Féin in its statement said that the party calls for: