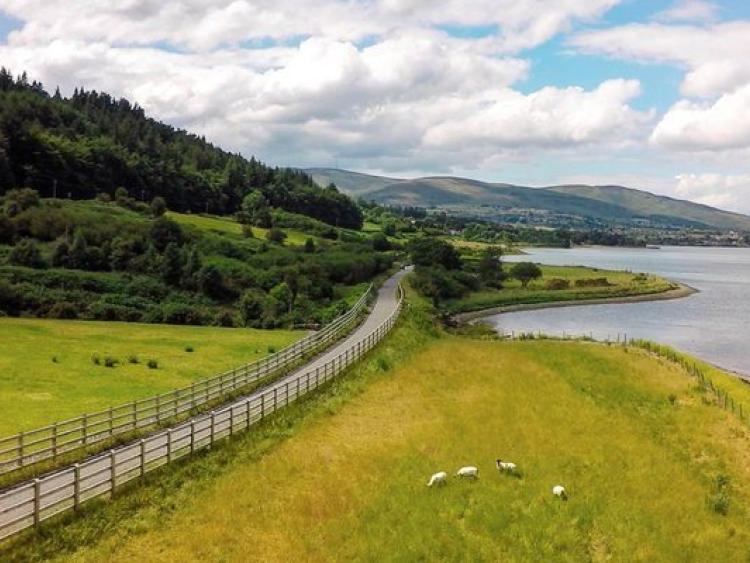 Louth County Council have this week submitted plans for two greenways that will connect to "existing and future sections of the overall cross-border Carlingford Lough Greenway network".

In its first application, Louth County Council intends to develop a greenway from the "Station House in Carlingford Town to Carlingford Marina along the shore of Carlingford Lough/the R173 and under the bridge of King John’s Castle in the townland of the Liberties."

The proposed greenway, Louth County Council say, measuring approximately 2.65 km in length, will be predominantly located in the town realm of Carlingford and it will mainly traverse hard surfaced areas.

The proposal will utilise existing hard surfaces where available comprising separate pedestrian and cyclist routes and a shared walking and cycling greenway which will incorporate the following components:

The second section of the proposed greenway, according to Louth County Council's application will be from Omeath Pier to the County Bridge along the R173 Fathom Line at the national border between NI & the RoI in the townlands of Cornamucklagh, Drummullagh, Knocknagoran & Lislea.

This proposed greenway, measuring approximately 4.2km in length, will mainly traverse agricultural land and woodland belonging to a number of landowners and generally be situated between/along the old rail line embankment and the shore/coastline of Carlingford Lough.

The proposal will comprise a shared walking and cycling greenway ranging in width from 2m to 3m that will be constructed mainly with an unbound granular surface course. It will also incorporate the following components:

A decision is due on both applications by November 4, with observations due by October 14.