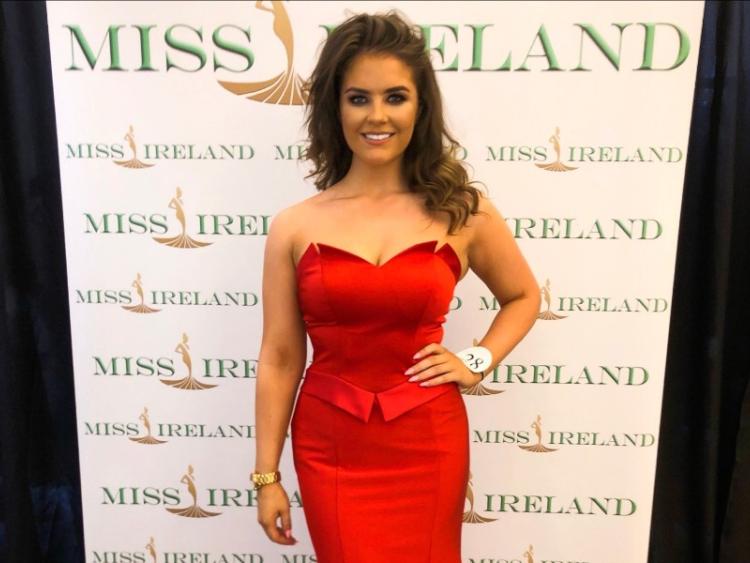 While she is enjoying the, admittedly glamorous, duties that came with being crowned Miss Monaghan, Dundalk IT student Orla Friel is also hoping to use her new-found platform to push a cause close to her heart.

Orla, originally from Castleshane in Monaghan, is a qualified personal trainer and nutritionist and is busy setting up a new society at Dundalk IT called 'FitSoc'.

It is physical health and its positive impact on mental health that Orla says is vital for everyone these days. 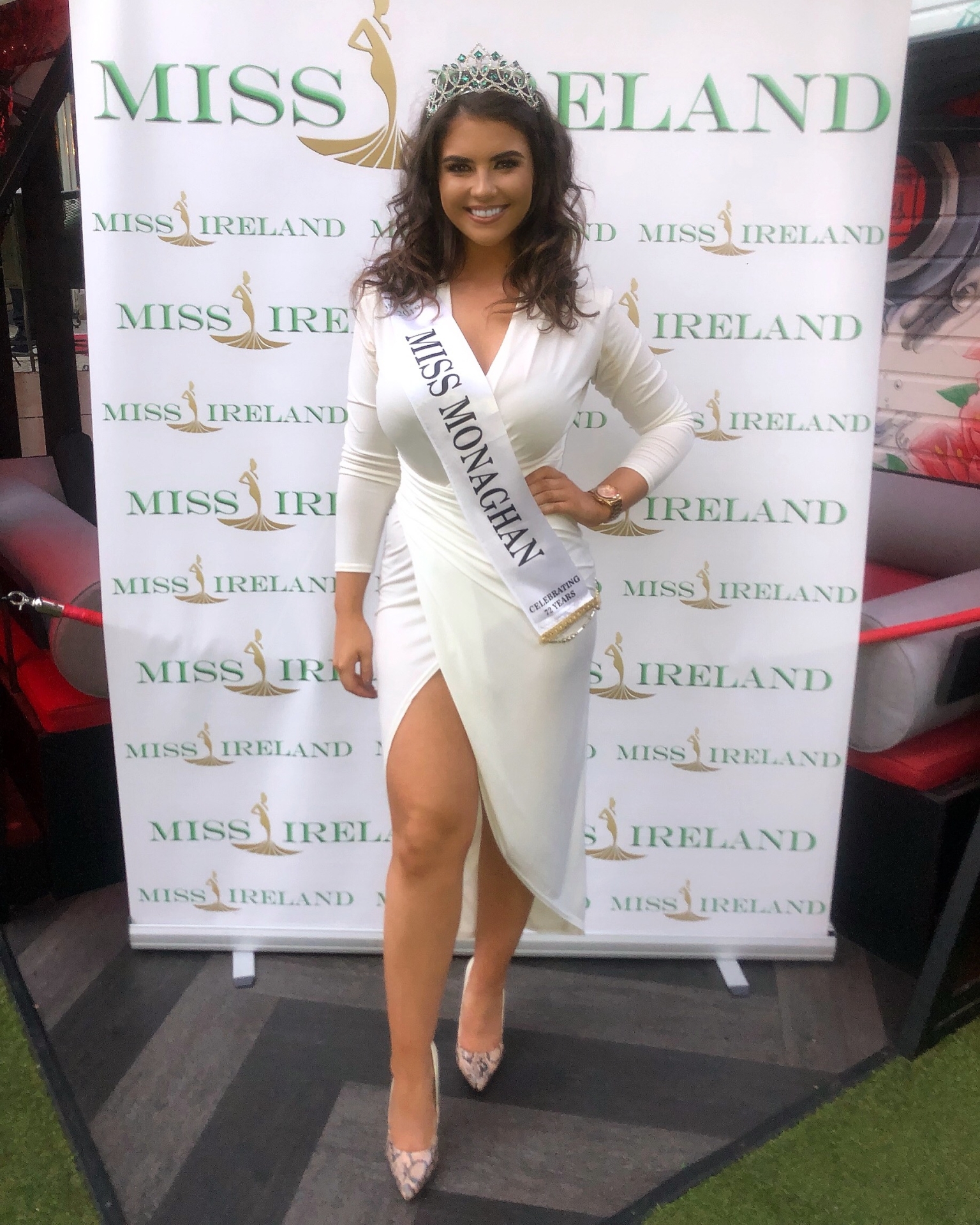 "I am extremely passionate and advocate strongly for the mental and physical benefits of exercise and eating well", says the 22-year-old, "so I want to use the platform of Miss Monaghan to increase awareness and hopefully gain more support from students and businesses for my new society, which will aim to improve students lives both academically and socially."

While that fledgling enterprise is a pure passion project, Orla has a more mainstream career running alongside - she's rarely idle it would appear.

"I'm working as an accounting intern in KPMG in Dublin, so I hope to go on and complete my accountancy exams after college to become a chartered accountant." 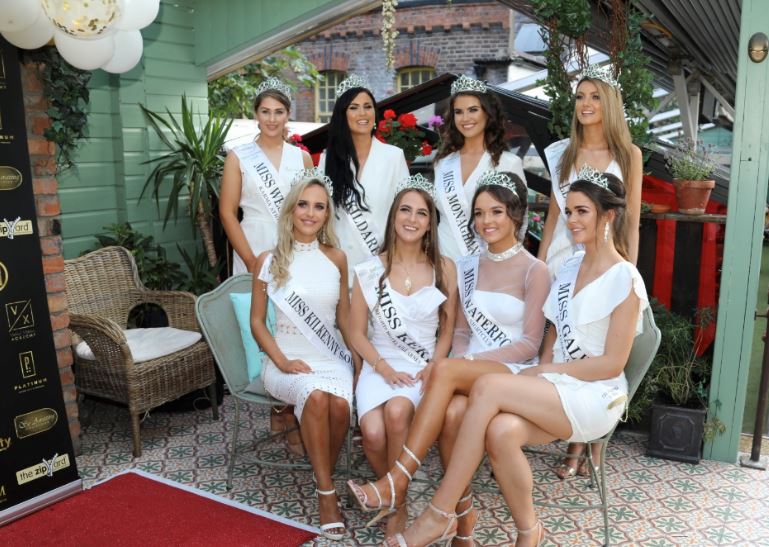 While there was no selection process for the Miss Monaghan competition as such, Orla still needed to go through a formal application, which also included an interview.

And while she was clearly delighted to get chosen, it's not an entirely natural fit the Monaghan girl admits.

"I was so excited, but also apprehensive, as it pushed - and still pushes - me out of my comfort zone, but that’s what I also love about it."

But back a bit to her passion - health and fitness - where did it come from?

“I’ve always been into sports and exercise since I was a child, my main sport was showjumping which I competed in until I was 18, (I then stopped) to focus on my studies for the Leaving Certificate.”

With the challenge of the Leaving out of the way, Orla returned to fitness, but she says she was motivated to go further.

“ I started using the gym in my spare time and fell in love with it, so much so I competed in two bikini competitions where I placed 3rd and 7th.”

Having been bitten by the bug, Orla changed course.

“I took a year out from college to qualify as a personal trainer and nutritionist and worked in FLYEfit in Dublin for just under a year before returning to DKIT to continue my business degree.”

Today, there are any number of “experts” who can tell you how to get the ‘body (and mind) beautiful’, for Orla it can be too much.

“Eating well and exercising is usually over complicated when in reality it’s very simple - eat whole clean foods, as much fruit and veg as you can and drink plenty of water!

Warming to the theme, she adds: “You don’t need the latest detox tea or diet or to cut out carbs to lose weight - after all you wouldn’t tell a child to drink detox teas or go on some mad diet, so why should you?”

The focus for many people is on the wrong part of the process, Orla claims.

“ I think inside we all know these fad diets and teas are unnecessary and wrong, focus on your health and happiness first then let the aesthetics follow!

“I mainly coached women during my time as a PT and it saddened me to see how huge an effect their weight had on them.

“You are more than just a number on a scales, the focus of fitness has moved from health to how you look which is wrong, and I want to try change it back.

“Being mentally happy and physically healthy should be the main priority - after all wearing a smile with some confidence is sexier than killing yourself to fit into a certain size dress!”

As already evidenced, Orla's no stranger to hard work and being kept in constant motion. It'll take a real stamina to add the demands of the Miss Monaghan gig too. Not that Orla seems put out by the prospect.

"I attend a wide variety of events for the Miss Ireland competition, one of which was a charity fashion show on Sunday in the Hilton hotel in Dublin which myself, along with the other finalists modelled in to raise money."

She continues:"I will also be attending a number of photo-shoots, appearances and boutiques. We also have a sports day as part of Miss Ireland and promotional work to do both online and off line."

And, as if to prove her point further, she adds with a smile:

"I'm going to be very busy juggling final year exams, my new society and the title; but I love being busy! I hate sitting around doing nothing so I’m very excited for the year ahead!"