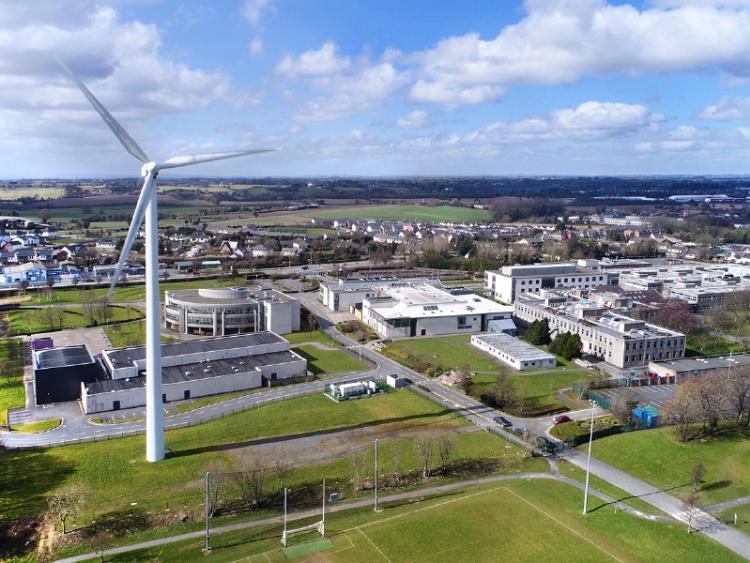 Dundalk Institute of Technology (DkIT) have announced the completion of the €125,000 restoration of its iconic wind turbine. The 850kW turbine has been in operation since October 2005 and powers approximately one third of the campus’ total electricity consumption.

Extensive refurbishments have taken place over recent months, including the replacement of the turbine’s gearbox. The recent upgrade is expected to secure an additional 10 years of operation for the turbine, resulting in the continuation of significant energy savings and carbon emission reductions for the Institute. The turbine currently generates approximately €130,000 in financial benefits to the college per annum.

Speaking on Friday, DkIT President, Michael Mulvey, PhD said: “We are delighted to invest in our campus’ green future with the renovation of our wind turbine. The iconic turbine is emblematic of the ‘living-learning campus’ ethos at DkIT. In addition to providing important green energy and cost-saving contributions to our Institute, the turbine plays a key role in research at the Centre for Renewable Energy at DkIT and teaching activities in the School of Engineering.”

With a hub height of 60m and a rotor diameter of 52m, the turbine of this size and power was a “world first” for an educational campus at the time of it installation. Now a recognisable landmark in the North Leinster South Ulster region, the turbine has had a broad regional impact with regular site visits from a large number of primary and secondary schools, industry and interest groups. It has also been adopted by Dundalk Town Council as part of the logo for Dundalk.”

Over the past 13 years, the DkIT turbine has consistently delivered between 1.3 and 1.6 million units (kWh) of electricity on an annual basis depending on winds in a given year. Approximately 80% of the annual electricity generated by the turbine is consumed directly by the Institute which avoids electricity purchases from the grid at retail electricity rates. The remaining 20% is exported to the grid. Exports arise when Institute demand is low such as on windy nights and weekends.

The typical lifespan of a wind turbine like that at DkIT is 20 years. In light of the recent refurbishment, the Institute’s turbine is expected to exceed this. Considerations for its future development are being considered by management.