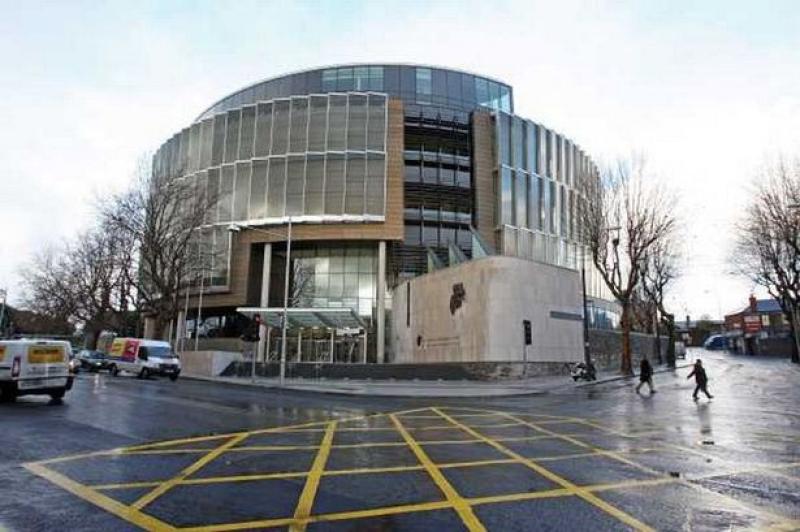 A woman accused of murdering her boyfriend does not have the IQ to make up a story about him attempting to rape her or to plan the killing in the way it happened, a psychologist has told her trial.

Dr Kevin Lamb was testifying on behalf of the defence today on the ninth day of the Louth woman’s trial at the Central Criminal Court.

The mother-of-three testified last week that the deceased had tried to have sex with her, that she hadn’t wanted to have sex, and that he had started strangling her before she went to the kitchen for the knife.

She also said that she felt she wouldn’t be in her current situation had she not been abused as a child. A forensic psychiatrist then stated that the accused had post-traumatic stress disorder (PTSD) as a result of that child abuse at the time she killed her boyfriend.

Caroline Biggs SC, defending, yesterday called Dr Lamb, a clinical psychologist, to the witness box. He detailed what Ms Farrell had related to him about the abuse she suffered between the ages of seven and 14. He also gave evidence of what she had told him about the killing.

He had asked her what she was thinking ‘when he (the deceased) was on top’ of her.

She added that she’d known what she was doing when ‘standing in front of him sticking the knife in’.

Gerard Clarke SC, prosecuting, cross-examined the witness. He asked how many of the thousands of child sex abuse victims he had seen had killed somebody.

“I have worked on very many cases of murder,” he replied. “There’s certainly a sexual abuse trauma history in a few of those cases.”

He said that he couldn’t put a number on it.

Mr Clarke later read out a list of the deceased man’s injuries, which included dozens of bruises and scratches to his face and body, some of which appeared to be fingernail scratches.

“It would appear that she was indeed fighting for her life, given those injuries you’ve just described,” said the witness, adding that this was consistent with what she had told him.

Mr Clarke informed him that the prosecution suggested the opposite: “Mr McQuillan was fighting to ward off the attack on him, which resulted in all the injuries to his face and head.”

Dr Lamb had mentioned in his report for the court that 98 percent of people Ms Farrell’s age would be more intelligent than her.

“She’s in the lowest two percent of the population,” he explained.

“Does that affect your moral compass?” asked Mr Clarke.

“There’s no relationship between IQ and knowing right from wrong,” replied the witness. “The relevance is in the context of her mental state at the time of the offence, a woman who is one point away from a mild learning disability.”

He explained that a report on her mental state at the time had to include reference to cognitive sophistication.

“It does point to cognitive limitation. It would be reasonable to suggest she would lack the cognitive skills to plan out a killing such as this in the way that it took place,” stated Dr Lamb.

Mr Clarke then asked him about the hundreds of people with Post Traumatic Stress Disorder he had treated.

“Did any of them kill somebody because of it?” he asked.

He said that it usually took three or four prongs coming together to lead to a killing. Mental illness and distress was just one of those prongs, he said.

“Usually, there are only two or three of these that can be working in a person at a particular time,” he said. “It’s usually the fourth that can lead to something as terrible as a killing.”

Dr Lamb said it would appear to him that all four had come together in this case.

“One of these is the PTSD. Another is the intoxication. Another is the actual child sexual abuse and then the sex assault on her and the choking / strangling,” he continued. “All of these factors came together in that attack.”

Mr Clarke pointed out that lawyers would say ‘alleged’ sexual attack and ‘alleged’ strangling, and said that the witness was taking them at face value.

“The doctors who saw her in the garda station make reference to the injuries she had,” replied Dr Lamb.

He agreed that Ms Farrell had not mentioned an alleged sexual assault by the deceased in the garda station.

“But you take it as absolutely gospel that it happened and you use it as one of the four (prongs) coming together,” suggested Mr Clarke.

“I think it would take a fair degree of cognitive sophistication to tie together the story of the abuse and the story she relates of what took place between her and the deceased,” replied Dr Lamb. “I don’t believe, given an IQ of 70, that she’s sophisticated enough to make a story like that at all.”

He also said that he didn’t believe that she had been coached on what to say.

The psychologist added that he wasn’t there to stick up for Ms Farrell, but was there to provide the judge and jury with his view on her mental state at the time.