OPINION: The shocking simplicity of a boring picture taken at the Louth border 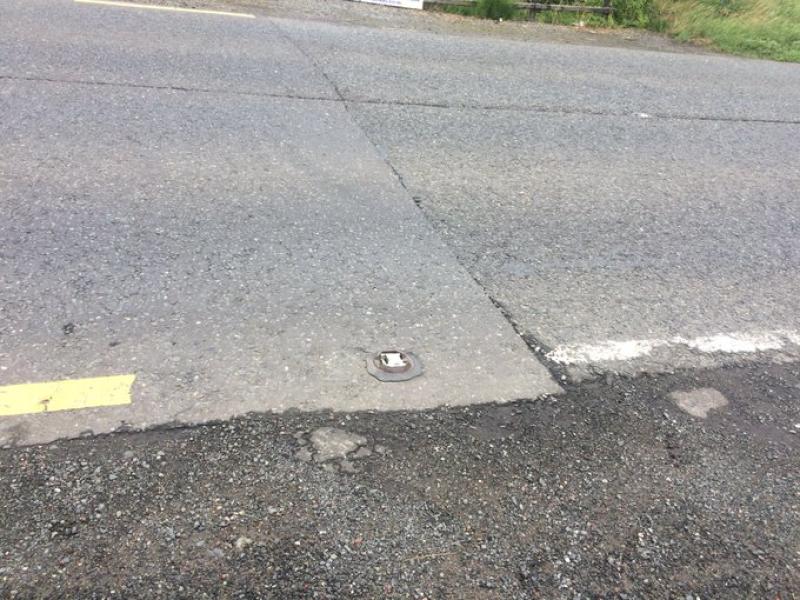 OPINION: The shocking simplicity of a boring picture taken at the Louth border

It is an image which, in its humdrum boringness and none-too-aesthetically pleasing composition, succinctly highlights the vital crux of the whole sorry matter.

It is a photograph taken by a Frenchman at the border between north Louth and Northern Ireland, just past Ravensdale on the old Dublin Road.

There are fewer pictures which capture so much, with so little within the frame.

A fairly battered-looking tarmac road with faded yellow markings on one side and equally faded white markings on the other side; down the middle, bisecting the picture from top to near the bottom, is a narrow line where the tarmac very nearly, but not quite, merges - it is the border.

There is nothing else of import in the photograph that the French ambassador to Ireland Stéphane Crouzat took last Friday during a visit with delegates to this border area.

There are no barriers, no guards, no barb wire and no sense of peril or personal obstruction.

The photograph's simplicity is its strength. And perhaps it is this wider understanding and publicising of how free and open the border is between north and south that might help those who have the power to bring about positive change post-Brexit, to go about the admittedly onerous task of creating a lasting agreement.

The problem is that it is not the UK ambassador to Ireland, or another high-ranking UK official taking this picture. The UK's relative blindness to the border - or lack thereof - and how it has functioned for many years is remarkably chilling in its nonchalance.

It is all well and good bringing over EU dignitaries from across Europe to see for themselves the friction-less nature of the border. There's no doubting it could help to firm-up their support of a backstop, which, at present seems to be fading just like the yellow and white lines on the road; but there is an element of preaching to the converted about it all.
Brexit is coming and it is the wags in Westminster that need to be educated.

Theresa May, despite token trips to the north in the past couple of years, has never made much of an effort in this regard.

It is head-bangingly frustrating to be honest, and what with Bonkers Boris next in line for the throne - the chances of it changing are almost non-existent.

In the end, like so much of note that has happened throughout history, it is ignorance that stokes the burning flames of division.

You would have thought that, what with the myriad of modern ways of communicating, the inability of anyone not to fully grasp another side’s point of view would be inexcusable, but, alas, this is not so.

Ultimately, a tool of communication is only as powerful as the tool using it.

One sincerely hopes it won’t all end in tears. Because, while those in Westminster and Brussels will be fire-walled from the worst of the fallout, it will be the sorry souls living along the fault lines that will have to endure the suffering and the darkened future that will accompany it.

It was at a talk given by Irish historian Professor Diarmaid Ferriter in Dundalk back in March, that the total historical ignorance of the UK towards Northern Ireland was quite clearly laid out.

From partition in 1921 through to the present day, the UK has wanted little to do with Northern Ireland.

That is as clear to see today as that narrow line in the road in north Louth.