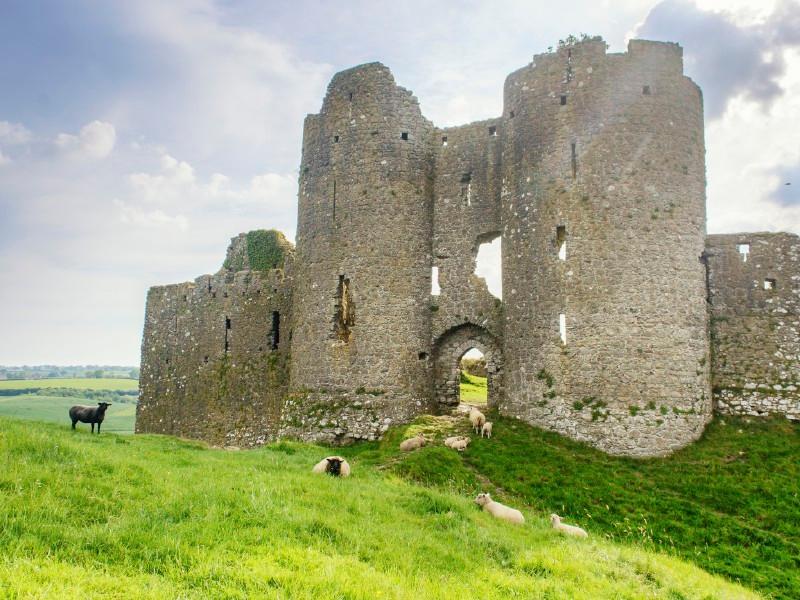 The chances are you’ve passed it before you even knew it was there. Hidden along a country road - no wider than a tractor - northwest of Dundalk town centre, lies Castle Roche (or Roche Castle, depending on your persuasion).

It is a breathtakingly impressive historical structure, the likes of which many counties would give their eye teeth to have within their boundaries.

Today you approach it from the road below; enter the field by hopping over a fence and there it is, towering above you. The twin turrets to the front usher you towards the main entrance. Inside is covered in grass and tumbled down stones, but the walls still stand - unbreached.

Castle Roche sits overlooking the surrounding landscape of north Louth, west Monaghan and south Armagh. A monumental watchtower, forever vigilant. It was, in its former life, the seat of the King of Oriel - the lands which encompassed the aforementioned local areas.

It was during the near-apocalyptic destructions of Cromwell’s forces in 1641 that the castle was attacked and eventually surrendered to nature.

The prominent story of murder and love regarding Rohesia de Verdun and the infamous ‘Murder Window’ is well-known and adds a chilling layer of intrigue and mystery - AKA a nice selling point! - but there’s much more to this castle. It is almost uniquely triangle in its layout and in 1561, a meeting of all the English forces in Ireland took place here. The question now is whether to leave it as a ‘best-kept secret’ to be discovered and re-discovered by generations to come or to try and heighten its profile and make a genuine tourist attraction out it. There are pros and cons to both approaches of course.

There’s little doubt that had the castle been built within, or at least along the boundary of Dundalk’s town centre, it would be now one of the biggest tourist attractions in the northeast of the country.

Its rural location has prevented it from becoming thus. Does that mean it should remain so?

I have, over the years, taken relatives and friends out to see the castle - both from the locality and further afield - and it consistently surprises them that such a castle exists under their very noses and they had no idea about it. It is the very epitome of a ‘best-kept secret’.

Bar jacking it up on stilts and moving it closer to town, is there anything that can be done to improve its visibility?

There are no local amenities around the castle, and existing transport links are very limited to say the least. However, there may be a way of making it work. With the help - and generous assistance of local landowners - could a significant country walkway be built on the vast grounds around the existing castle. Imagine the number of families that would love to spend the day walking through and around the ruins. Build some car parking off the road; put in some amenities - toilets, shop, restaurant - and people will start to flock to see the castle.

Why not play up the vast and interesting history of the castle - would an interpretive centre of sorts be out of the question?

It is possible to make this idea work. But, it comes back to a couple of things here, first, should it be left alone? And secondly, is there the will there to make it into something more substantial which would benefit the local economy and the tourism industry in the area? Like many things, if it's done well, with the right people involved and for the correct reasons, it could be turned into something truly special.