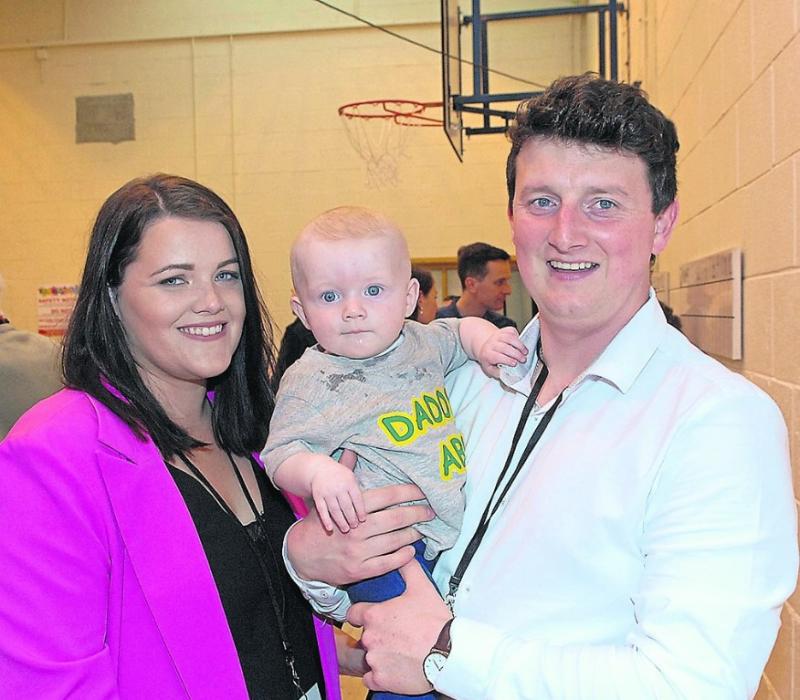 Poll-topper in Dundalk-Carlingford, Sinn Féin’s Antóin Watters has said he is delighted with his performance in the local elections and that he is “privileged” that people have backed him so resoundingly.

Cllr Watters spoke to The Dundalk Democrat following his election, having previously been co-opted to Louth County Council.

“It was my first election,” he said. “It’s alright when it goes well for you but it’s an awful cut throat business, as in whenever the boxes open you’re glad to see the few 1s beside your name. If you don’t see them you could be panicking.”

Attributing his success to the work he has done in his area, Watters said:

“I do a lot of work in every area so it’s good to see the people are supporting me there. I’m looking forward to continuing doing it for the next five years.

"I’ll be sitting down to make my plan for what I’d like to achieve in that five years now in the next week or so. I’m delighted to be able to do it and I’m privileged that the people have backed me so resoundingly.”

While Cllr Watters topped the poll in the area, his party failed to take the three seats that it had hoped it would. When asked what he thought caused the drop in support for the Sinn Féin party, Watters said:

“From looking at it, it seems as though there was a great turnout in rural areas. I know in my own box there was a 70 percent turnout and a lot of the other boxes were around 60%.

"I just think the urban areas seemed to have had a lull in the turnout. Some of them were very low turnouts so maybe our vote just didn’t come out. It is something that we are definitely going to look at.

“I’m delighted with my own (result) but I’m disappointed there are some great candidates that didn’t get re-elected. I know especially Anne Campbell in Dundalk South - Anne had done trojan work, she had been one of our best performing councillors.

"It’s very disappointing for her that she didn’t get re-elected because we know how much effort she put into it.

“It’s bittersweet because I’m delighted myself but we’re a Sinn Féin team in Louth and work together on everything,” Cllr Watters added.