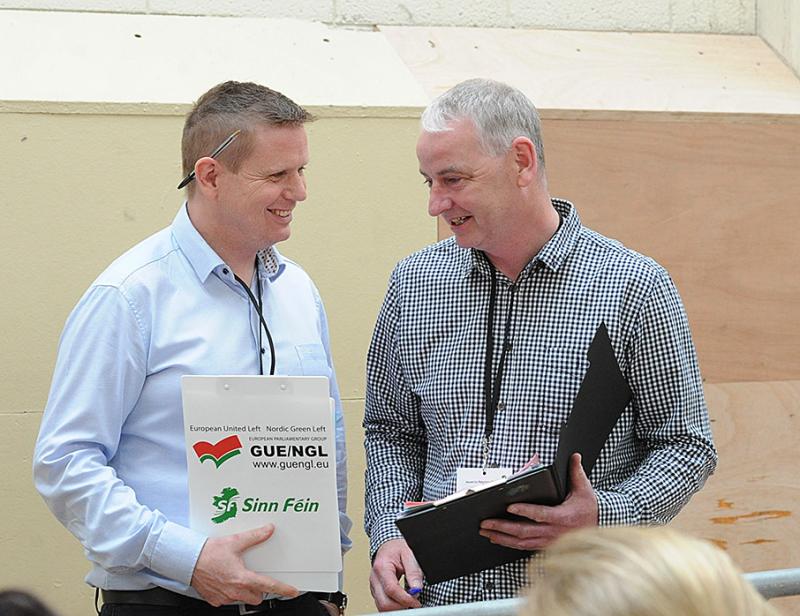 Dundalk South Sinn Féin councillor Tomás Sharkey has said that the part needs to make efforts to "re-engage with the people who decided not to vote for this time around", following a drop in support for the party in this years local elections.

Speaking to the Dundalk Democrat following his re-election to Louth County Council, Cllr Sharkey first spoke of his delight at being elected for a third time to the Council.

“Absolutely chuffed to have been elected again", said Cllr Sharkey. "This is my third time being elected onto Louth County Council. We're moving into my 17th year on the council. There's a lot of work to be done. Thousands of people in County Louth have put their trust in Sinn Féin politics and we now have to live up to all that we promised the public and all that the public need off us."

Speaking on the changes in the Council which have seen Sinn Féin lose some seats at the expense of other parties, and the work that now has to be done, Sharkey said:

“We also have a large number of different groupings in the county council and it's our job – all of us – to sit down together and work things out for the betterment of absolutely everybody in County Louth.

On the drop in the Sinn Féin vote he added:

“For us as a party we're slightly disappointed but we also have to take courage in the fact that thousands of people believe in us, trust us, want us. But also as well, we have to look now and re-engage with the people who decided not to vote for this time around, who decided to move away from us.

"And I want to reach out to all of the former Sinn Féin voters and ask them what can we do for you now, how can we re-engage and how can we rebuild. Because all we want to do is the best for the people", Cllr Sharkey concluded.