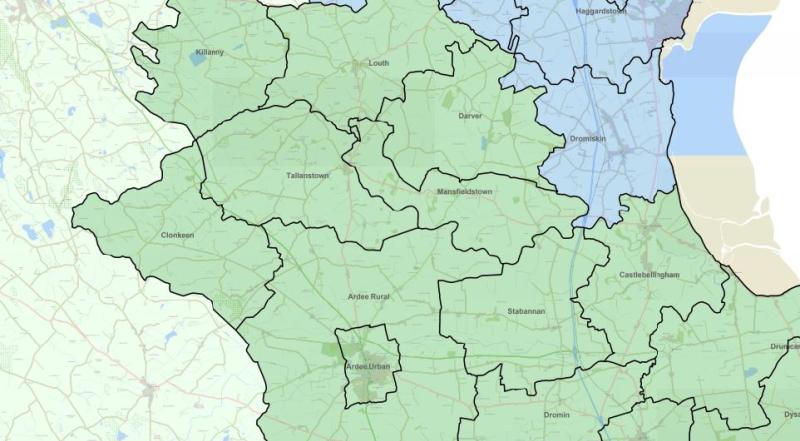 Albert Byrne - Independent
Albert Byrne is running as an independent candidate on a reform and transparency platform and has pledged to make Louth County Council more transparent. Some of his policy ideas include supporting the Ardee bypass, encouraging tourism in the local area and exploring the option of reducing rates and taxes to encourage small traders to develop their businesses in underdeveloped areas.

Kevin Carroll - Independent
Kevin Carroll, probably best known for his association with the GAA spanning over 40 years, as a player, chairman for the Sean Mac Diarmada and as a club referee, has decided to throw his hat in the ring for the upcoming local elections as an Independent representative. Kevin says his participation within Louth GAA , has given him a unique insight into community.

Hugh D Conlon - Independent
Hugh Conlon is running as an independent candidate, one of his campaign pledges is to lobby for park and ride facilities close to the M1 and N2 sections of the motorway in Mid Louth.  He has also promised to lobby for funding for flood prevention works on the White river in Dunleer and other at risk areas, as well as this he has called for the reopening of Dunleer railway station.

Fintan Malone - Fianna Fail
Fintan Malone is a former town councillor who served on Ardee Town Council for 29 years.
If elected has pledged to preserve local services and amenities including children’s dental clinic and the local welfare officer.  He has also pledged to support local industry through the rollout of improved broadband and to promote local tourism in the broader Ardee area.

Colm Markey - Fine Gael
Colm Markey was first elected to Louth County Council in 2009; during his time on the council he has put a particular emphasis on recreation and community facilities across the county. He has previously served as national president of Macra Na Feirme and has also been a board member of National Economic and Social Council (NESC), board member of the National Youth Council of Ireland and a Member of the Forum of Europe.

Finnan McCoy - Fine Gael
Finnan McCoy spent 23 years on the council and 35 years on the Town Council, one of his aims is to enact a partial ban on HVGs that have no business in the town going through Ardee to ease pressure on road infrastructure.
He has also pledged to lobby for works to be completed on Ardee Castle and for public toilets to be installed at The Fair Green.

Pearse McGeough - Sinn Fein
Pearse McGeough a native of Kilsaran has been a member of Louth County Council since 2004. During that time he has been involved in the setting up of the local Community Alert Group, he is also a member of the Housing Community Planning and Emergency Services Special Policy Committee on Louth County Council. Most recently he has served as chair of Ardee municipal district since June 2018.

Dolores Minogue - Fine Gael
Dolores Minogue was initially elected as a public representative to Ardee Town Council in 2009 and currently serves as a county councillor. If re-elected she has promised to secure for Louth the best possible services available in terms of the allocation of quality housing. She is also keen to promote the area to achieve its full potential economically, socially and culturally.

John Sheridan - Fianna Fail
John Sheridan is a first time candidate and manager in an Ardee-based healthcare company. He has served as a volunteer committee member with Ardee Credit Union and Dromiskin Text Alert. Some of his key campaign promises are a council led pilot of a work from home incentive to promote more people working from home; and to push for the delivery of the restoration of Ardee Castle and Ardee town.

Brendan McKenna - Sinn Fein
Brendan McKenna has stated that he wants change, and to improve Ardee and the lives of the people who live there.
He has raised concerns about the opening hours of Ardee Garda station and has expressed dissatisfaction at the current level of Garda numbers in Ardee.
He has also promised to push for the repair of local roads.

Enda Murray - Independent
Enda Murray is a local business owner, he has proposed that the people of Ardee buy Ardee Castle from the council for a nominal €1 fee and take over its management. He has also called for additional dog waste bins and an increased Garda presence in the town at weekends.

Sean Connolly - Green Party
Sean Connolly is the chairperson of the Green Party in County Louth, he also has experience as a policy analyst with the Irish Solar Energy Association and  Communications Officer for the Louth Environmental Network.