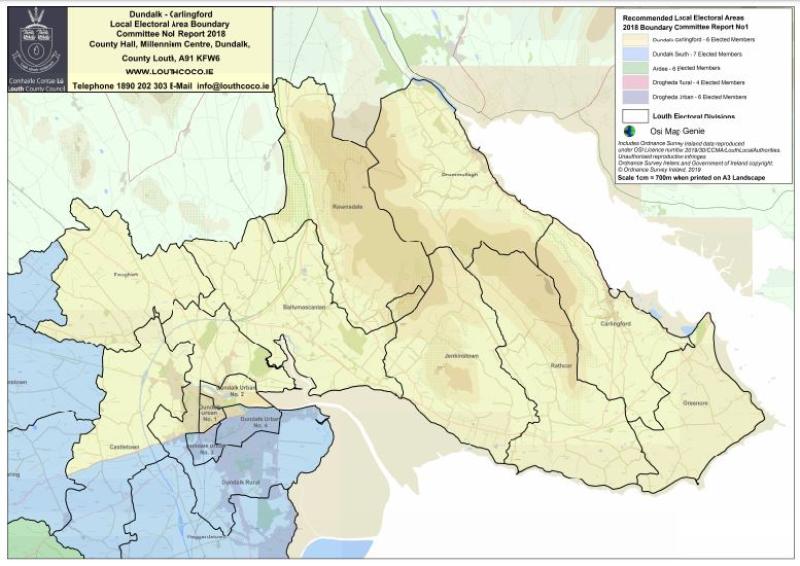 Antoin Watters - Sinn Fein
Antoin Watters, a Sinn Fein councillor, is hoping to retain his seat during the local elections. Watters took over from Jim Loughran and hopes that this time he will be able to win an election seat for himself.
If elected the candidate hopes to continue his work within the local community as well as working to safeguard the area from the impacts of Brexit.

Conor Keelan - Fianna Fail
Conor Keelan has maintained a seat on Louth County Council since 2009. The councillor believes that the council will benefit from maintaining experienced councillors who are able to advise on issues such as development plans, budgets and regional planning. If elected the councillor hopes to continue to negotiate positive amendments for all, while also having the ability to work with members across the chamber to achieve a positive outcome for his area.

Edel Corrigan - Sinn Fein
Edel Corrigan has been a member of Louth County Council since 2009 and hopes to retain her seat later this month.
The councillor has worked on several issues during her time on the council, including work on the transport and cross border strategy. If elected, the councillor hopes to continue her work to improve the local area.

Eoin Daly - Green Party
Eoin Daly is running for the first time in the May elections as a Green Party candidate.
If elected the candidate hopes to tackle issues such issues arising from Brexit to ensure that the local community remains undisrupted, ensure the construction and provision of sustainable housing for those who are in need as well as helping to ensure that the area remains safe both in urban and rural communities by ensuring an efficient policing service.

Eugene Garvey - Sinn Fein
Eugene Garvey is running as a new candidate for Sinn Fein this year. Eugene is a qualified accountant and has been a community activist for over 15 years. The candidate is aware of the challenges that people are facing in terms of the current rental market. If elected, he hopes to tackle issues such as anti-social behaviour,  flooding, road maintenance and inadequate housing.

Roisin Duffy - Fine Gael
Roisin Duffy is a new candidate running for Fine Gael. A Kilkerley native but  now living in Ravensdale, she is a Chartered Accountant and Chartered Tax Advisor, and a member of Fine Gael for over 10 years.
She sees a need for a county councillor living in a rural area that can represent the needs of the people in the locality. If elected she commits to offer local representation that is accountable, is capable of listening to the issues and delivering real results for the area.

Sean Kelly - Fianna Fail
Sean Kelly is  looking to gain his seat on the local council for Fianna Fail this year.
Sean has a background in Politics as he studied Economics, Politics and Law at Dublin City University as well as having voluntary experience from several roles including Dundalk’s Darkness into Light annual walk. The candidate hopes to promote a positive health agenda, ensure Dundalk has access to essential services as well as combating anti-social behaviour in Dundalk.

John McGahon - Fine Gael
John McGahon is a current Fine Gael county councillor from Dundalk and has been a councillor since he was elected on his first attempt in 2014.
McGahon was subsequently elected Cathaoirleach of Dundalk Municipal District in 2017/18.
If elected the councillor hopes to continue focusing on issues which affect the local community such as housing issues and focusing on improving road infrastructure in the town.