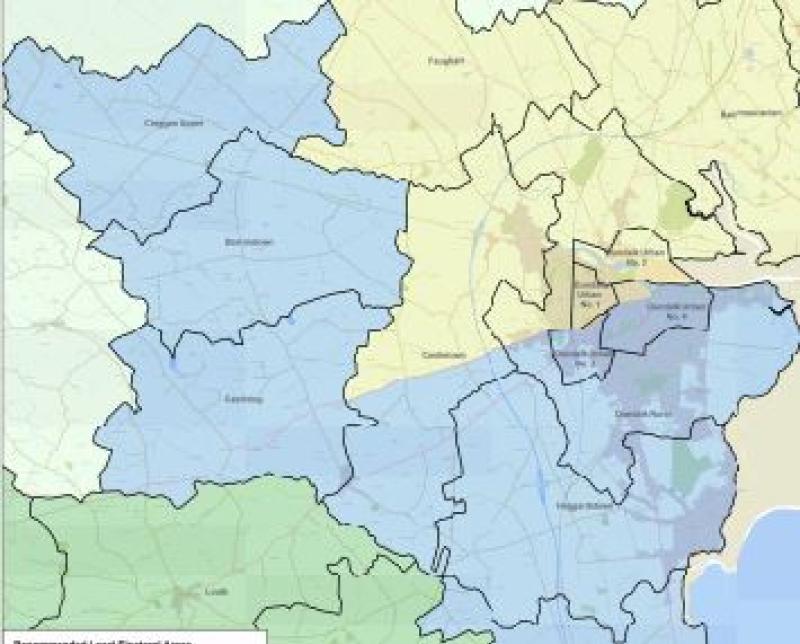 Anne Campbell - Sinn Fein
Anne Campbell is a  Sinn Fein councillor who has represented Dundalk South since 2017. She is hoping to be re-elected this year to continue her work to improve life in Dundalk.  During her time as a councillor, Anne  has worked with the Regional Health Forum in order to further the campaign for improvements to Louth County Hospital and if elected she hopes to continue this work to ensure that the people of Dundalk have continued access to vital services provided in the hospital.

Emma Coffey - Fianna Fail
Emma Coffey is a local Fianna Fail county councillor who is hoping to maintain her seat in the upcoming elections.
Emma is also a practising solicitor with her own legal practice in Drogheda, Co. Louth.
If elected, Emma hopes to continue working on issues such as focusing on affordable childcare, supporting small medium enterprises, generating employment in Dundalk and surrounding areas as well as continuing to support the local health service.

Liam Reilly - Fianna Fail
Liam Reilly is a Fianna Fail county councillor for Dundalk South and has been a member of Louth County Council since he was co-opted in 2008, he is also currently chairperson of Louth County Council. The candidate has a strong community focus and has been involved in a number of organisations including St Vincent de Paul.

Linus English - Fine Gael
Linus English is a new electoral candidate for Fine Gael in Dundalk South. Linus aims to be the voice of the hardworking community and aims to focus on issues such as housing adaptation grants, social housing and better flood defences as well as working with An Garda Siochana to combat antisocial behaviour in the area.

Niamh Boyle - Renua
Niamh Boyle is a first-time candidate for Renua. Lives in the Haggardstown -Blackrock area. She has been a campaigner for Sepsis awareness since surviving the condition. Niamh wants politics to move from talk to action and she believes in family values, equality of opportunity, supporting local communities and crime prevention.

Maria Doyle - Fine Gael
Maria Doyle is a serving Fine Gael councillor on Louth county council and has represented the people of Dundalk since 2011 and she is also a teacher at CBS Primary School in Dundalk. Maria has also served as a member of Dundalk County Council for three years. The prospective candidate is keen to work with the public in order to help resolve any issues that are affecting themselves or their local area.

Marianne Butler - Green Party
Marianne Butler is a candidate for the Green Party and has been serving the people of Dundalk for several years and has served as Cathaoirleach of Dundalk Town Council. If elected, Marianne hopes to ensure that local services are protected from further cuts, to ensure that Dundalk continues to be developed in a clear and responsible way as well as ensuring that planning decisions are made which take into account the current and future generations of Dundalk.

Maeve Yore - Independent
Maeve Yore is hoping to retain her council seat this May and is running as an independent candidate, Yore has represented the people of Dundalk South for the past five years. If elected the candidate hopes to focus on issues such as improving the level of affordable social housing, traffic calming measures near schools and in villages as well as working on a text  system to tackle illegal dumping.

Oliver Morgan - independent
Oliver Morgan is an independent candidate running in Dundalk South. Morgan has been a voluntary member of several groups including SOSAD Dundalk, P.R.O of the Louth Society of Prevention of Cruelty to Animals as well as being a member of the Louth Housing Action Group. The candidate has been working on helping residents of Dundalk South who are currently on Louth County Council’s housing list since 2014 and hopes to continue this if elected.

Ruairi Ó Murchu - Sinn Fein
Ruairí Ó Murchú is a current Sinn Fein councillor who is hoping to retain his seat at the local elections. The candidate works within Sinn Fein’s election department and is also a  political activist.
The councillor has worked with the community on issues such as health, Brexit and creating a more equal society and he aims to serve the community to the best of his ability as a public representative if he is elected.

Thomas Sharkey - Sinn Fein
Thomas Sharkey is a current Sinn Fein county councillor who also works within the Department of Education. The councillor has represented the Dundalk South area since 2009.
If elected, the councillor hopes to continue his work to ensure that Louth County Hospital maintains its services as well as promoting a better quality of life for the people of Dundalk and ensuring that council funds are spent in a sensible and transparent way.